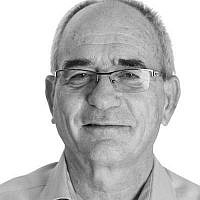 The Blogs
Yossi Kuperwasser
Brig.-Gen. (res.)
Apply for a Blog
Advertisement
Please note that the posts on The Blogs are contributed by third parties. The opinions, facts and any media content in them are presented solely by the authors, and neither The Times of Israel nor its partners assume any responsibility for them. Please contact us in case of abuse. In case of abuse,
Report this post. 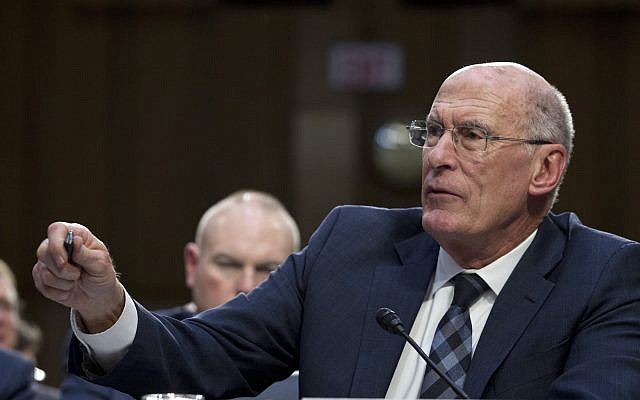 When presenting the American Intelligence Community annual threat assessment to the Senate Select Committee on Intelligence on January 29, 2019, Dan Coats, Director of National Intelligence, addressed the question of whether Iran is making progress in developing a nuclear device. “While we do not believe Iran is currently undertaking the key activities we judge necessary to produce a nuclear device, Iranian officials have publicly threatened to push the boundaries of JCPOA restrictions if Iran does not gain the tangible financial benefits it expected from the deal.”

In the director’s prepared remarks regarding North Korea, Turkey, Afghanistan, Mexico, Russia, Syria, and ISIS, he used the irrefutable and conclusive statement “we assess” seven times. Yet in his analysis of Iranian key activities, he used the indecisive and weak word “we believe,” which was only used in this one case. Coats did not explain what those key (the emphasis appears in Coats’ testimony) activities are and whether Iran is involved in other activities that are not considered key activities by the Intelligence Community (IC).

This parsing of the words “assess/believe” suggests that the basis of the IC information is poor and does not enable the community to be more affirmative and conclusive about this crucial matter. Experience helps us realize that the American IC has a very problematic track record in revealing nuclear weaponization efforts of many countries in time (e.g., North Korea, India, Pakistan, Syria, and Iraq) including Iran itself, so one has to be very humble about this kind of assessment.

Indeed, it seems that US intelligence knew very little about the Parchin complex, where Iran had conducted much of its efforts to gain critical knowledge about a nuclear device. Several of the facilities were discovered only via the information acquired from its Atomic Archive, seized by Israel in Tehran last April, which most probably also included precious knowledge about the progress Iran managed to accomplish there until 2003.

Moreover, the IAEA inspection system irresponsibly approved by the American intel community as part of the JCPOA nuclear deal provides the inspectors with zero ability to track and monitor the activities of the Iranian experts who are supposed to conduct the key activities, most of which can be performed in well-hidden facilities in Iran or – for example – in Syria.

“We Believe” Doesn’t Cut It

As a professional intelligence expert, I am really puzzled with the terminology used by the IC and the DNI. I hope this issue was clarified in the secret briefing. The classified briefing may also include some uncertainties about this assessment and refer to different opinions within the IC that are omitted from the version presented in the open session.

It may be that this “belief vs. assess” is based on the assumption that for now, Iran abides by the JCPOA. Of course, they do, because even without the American contribution after the United States withdrew from the deal, this dangerous agreement – that the American IC helped forge and approved – is the best thing that ever happened to the Mullahs’ regime. The JCPOA secures Iran’s path to a large arsenal of nuclear weapons in 12 years – a path that was blocked before the agreement.

So why would the Iranians threaten the deal at this early stage? This could be a reasonable assumption, but it has to be proven right, especially as all other indications, including those mentioned in the IC report, indicate that Iran is preparing itself to leave the agreement at any given time, and uses for that purpose the huge holes left in the agreement by the American IC at the time.

The Iranians are working hard on all the elements that are not part of the development of the device itself. They declared progress in processing raw uranium to Yellow Cake (U3O8), converting the Yellow Cake to Uranium Hexafluoride (UF6) in the Uranium Conversion Facility in Isfahan, developing advanced IR-8 centrifuges, and keeping IR-1 and IR-2 centrifuges ready to be reassembled in Natanz in a way that will enable them to produce the amount of fissile material they need for the first nuclear bomb within a few months. (The period required for producing this amount of highly enriched uranium is definitely much less than the one year the American IC report wrongly claims.) They admitted that they did not fill with cement the core of their heavy water reactor in Arak. Iranian leaders also boasted of moving forward with the development of the long-range missiles that are supposed to carry the nuclear warheads. 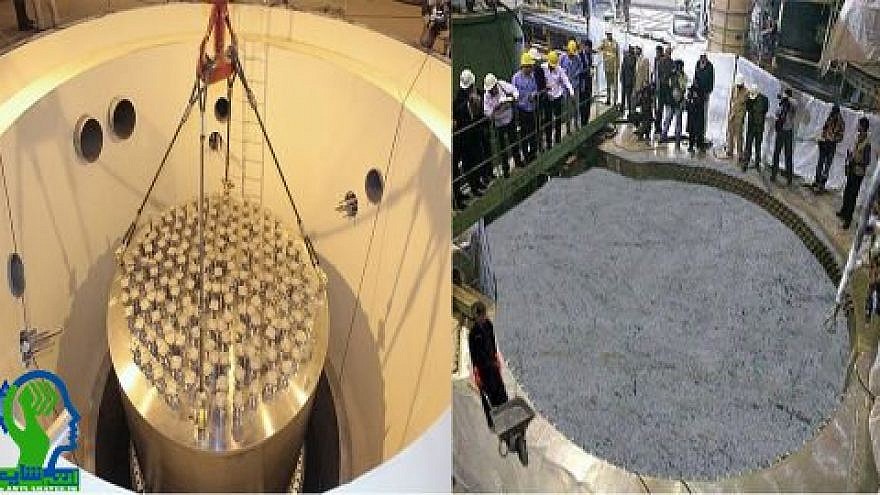 The Iranians also tried to hide the archive with all their relevant information, kept the extremely well-protected facility in Fordow operational, and bought advanced air defense systems from Russia to protect their nuclear facilities. All this information about Iranian actions comes from sources that are not secret (except the archive, which was a secret up to a certain point). Yet, we are supposed to believe that the Iranians are not working on key activities regarding the development of a nuclear device. Can we seriously accept that?

Wouldn’t it be more correct to say that the IC does not have real positive evidence that Iran is carrying out key activities necessary to produce a nuclear device, but that in light of everything else the Iranians are doing, the IC cannot rule out the possibility that they are?

The IC threat assessment refrains from discussing quite a few “What Ifs” that may be relevant in the coming year due to growing internal Iranian pressures (for example an Iranian decision to withdraw from the JCPOA or wide unrest in Iran with many casualties). But the most mystifying omission in the report is that it ignores the Mossad’s massive intelligence haul of data from the Iranian Atomic Archive in Tehran and the implications of this development.

The DNI report does mention some of the more important Iranian declarations regarding the nuclear program, but omits others. It refrains from presenting the inevitable conclusion that while Iran breached the JCPOA only marginally, it continues to develop the capabilities to produce a nuclear weapons arsenal using the weaknesses of the deal. Moreover, in sheer contradiction to its commitment to the agreement and the spirit of the deal, Iran remains determined and adamant in its objective of producing an arsenal of nuclear weapons as a tool to spread its ideology and hegemony in the Middle East and beyond (and not just to protect itself, as the IC report alleges).

It is no wonder that President Trump took the liberty of criticizing the IC assessment. It may well be the case that he has a better understanding of the situation. Decision-makers should listen to intelligence briefings, but they do not have to adopt them. All the more so in a case where the IC has such a problematic record, having been involved during the previous US Administration, in the original sin of rubber stamping this egregious and dangerous JCPOA deal.