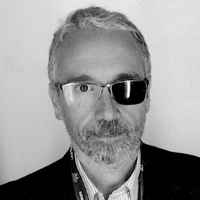 The Blogs
Julio E. Lopez
Apply for a Blog
Please note that the posts on The Blogs are contributed by third parties. The opinions, facts and any media content in them are presented solely by the authors, and neither The Times of Israel nor its partners assume any responsibility for them. Please contact us in case of abuse. In case of abuse,
Report this post. 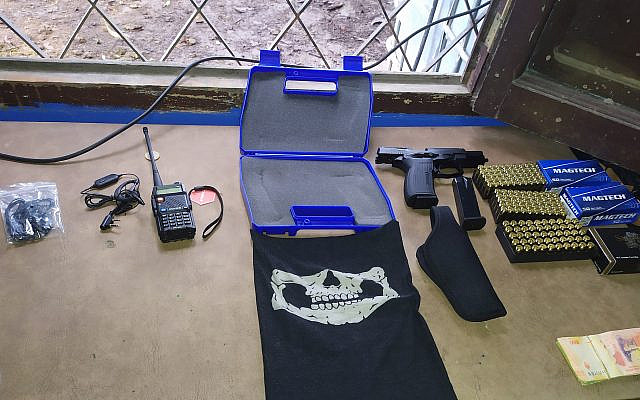 Police found Nazi literature, weapons and other troubling objects during a raid in Tucuman, Argentina. (Tucuman Federal Prosecutor No. 2)

BUENOS AIRES — Millions of Latinos worldwide are being targeted right now by a secret network of racist Argentinian groups urging violence against Jews, the LGBTQ community, and other Hispanic minorities online. Those calls were heeded this week and a massacre was narrowly thwarted.

I am the journalist who hunted down this network. But you would never have heard about them as Spanish-language media refused to publish my findings until the organization Fuente Latina stepped in and the story made headline news in Buenos Aires and elsewhere across the Spanish-speaking world.

The episode is significant in showing how important stories were missed in a perfect storm of media distraction, disinformation campaigns and pandemic fog. And it again illustrates how words online can end in real-world violence.

Two heavily armed Argentinians were arrested for plotting attacks on the local Jewish community in Tucumán last week. The men announced their intentions on common messaging apps and displayed their weapons on social networks. Dozens of guns, knives and an assortment of Nazi literature were found at their homes.

The massacre was planned for Shabbat.

The would-be assailants belong to a Telegram group, “Goy Group Unleashed,” that shares the same materials and agenda as the network I exposed and that continues to threaten me.

But how did I, a non-Jewish journalist with a background in hi-tech, get involved in all of this?

About six months ago I wondered whether groups like QAnon exist in Latin America. I utilized hacking techniques and a specially designed program to look for specific speech patterns hidden online.

What I discovered was shocking: A clandestine network of neo-Nazi and homophobic groups propagating hatred to Spanish speakers worldwide. Along with calls for violence against Jews and homosexuals were explicit expressions of animosity toward women and minorities. Conspiracy theories of the “great replacement” that echo sentiments chanted in Charlottesville and Nazi ideas of a “master race,” and an “Israeli invasion of Argentina,” featured prominently across the platforms.

While much of the material was on the dark web, some was out in the open on YouTube, Facebook, Telegram and elsewhere. The sites had hundreds of thousands of followers while some videos had millions of views. Some footage was designed to appear like video from genuine news channels, with activists posing as reporters.

It’s unclear exactly why mainstream media initially rejected my exposé at first. It’s possible they feared it would jeopardize their financial relationships with some of the social media platforms. And maybe there were other considerations. Either way, you would never have heard of this story if not for my appearance on CNN Español. Fuente Latina, a US non-profit ensuring global Hispanic media have the facts, facilitated my interview, prompting interest among other major networks and the story was widely broadcast across the Spanish-speaking world.

While my story is in Spanish, it has wide implications for minorities in every language as hate continues to flourish on and offline, particularly in America as noted in ADL’s annual audit findings released this week.

Now I use my platform to speak out against another danger, the one that allowed these groups to breed and allow the foiled Shabbat attackers to flourish. I’m talking about the tech giants who appear to be very selective regarding whose voice they amplify and whose they silence. This is especially true in Spanish, where attempts to block antisemitic and homophobic groups on social media have failed.

My exposé is just the tip of the iceberg.