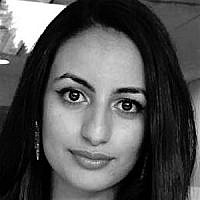 The Blogs
Cindy Seni
Dust off your heels, it's time to change the world.
Apply for a Blog
Advertisement
Please note that the posts on The Blogs are contributed by third parties. The opinions, facts and any media content in them are presented solely by the authors, and neither The Times of Israel nor its partners assume any responsibility for them. Please contact us in case of abuse. In case of abuse,
Report this post. 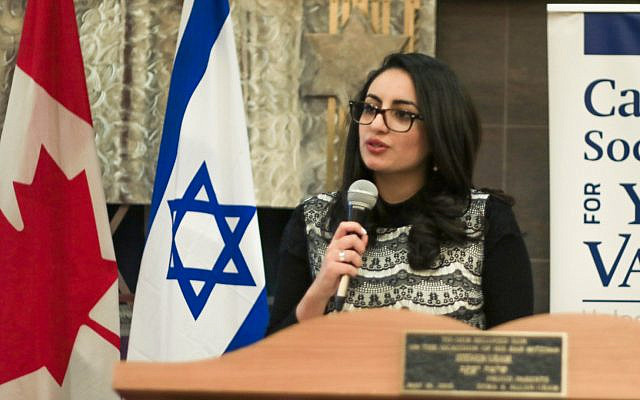 Open letter to Diaspora Jews who think “Israel is not their problem.”

I used to think Israelis were neglecting their duty to speak out for the truth in Israel. They, who lived the truth, how could they not share it with the world? How could they care so little? Only a handful of activists ever did anything. Fury and prejudice rose inside me.

Then I moved to Israel. I started living like an Israeli. Life became a routine.
I can’t remember which one, but a terror attack happened. All of a sudden I wasn’t thousands of miles away. I was a street away. All of sudden it wasn’t a “distant unknown person” it was someone you knew.  All of a sudden it wasn’t “news.”  It was reality. Then they kept happening. Every time it was heart wrenching. Every time it was personal.

May. A lazy night the rockets illuminated the night sky. I found myself on the street coming back from a 12-hour shift in the reserves. I found myself lying on the dirty floor hearing explosions above my head, sirens everywhere. Time stopped. I lost all control of my body. A strange force took over. Adrenaline they call it. All I remember was having the strength to fight for my life until I found myself in a living room of an Israeli family wiping my tears away. That’s when the fear settled in.

What if it happens again?

And it did. One hundred and fifty times that night.

All of a sudden it was normal to want to kill Jews. I felt a disgust for the world I so dearly loved. I had spent my youth trying to make it a better place; trying to educate justice and tolerance. Friends I had known, helped and even saved, turned their backs on me. Told me because of who my people and I were, we deserved to die.

I left the social media world. And I travelled. I wanted nothing to do with the Israeli-Palestinian conflict. Since the age of 12, I had been involved in advocacy. And for the first time, I never wanted to hear that word again.

I wanted to take my coffee in the morning without someone reminding me I was Jewish. I wanted to walk down the street without worrying about who I was.

I wanted to go to the mall without fear of being stabbed.

I wanted all of it to go away.

Why did I still have to wear my identity on my shoulders over and over again?
I succeeded for a while. Until someone sent me a message asking me to explain the Israel-Palestinian conflict to them.

No. I don’t want my life to be the Israeli-Palestinian conflict.

I just wanted to work out in the mornings, have brunch with friends, make stupid dating reels, be 27, go to the beach, like all the Israelis.

And that’s when it hit me.

Israelis didn’t want their life to be the conflict either.

They just wanted to be human. Like the rest of the world. All this time I had judged them. And now I became them. When millions of Israelis were under rockets running for their lives, fighting to keep their children from crying and their mental health from breaking, I understood why most of them chose to not speak out for Israel: they simply had no strength left in them. They simply want to be human.

I understood because I became one of them.

That’s where the diaspora comes in. The diaspora faces endless challenges of discrimination and hatred. Yet, when rockets are launched at Israel, you: the diaspora, can help. While we run for our lives, you can speak out for us. In fact, I will go so far as to say, it’s your duty to do so.

Many of you already speak out for us. And to you, I am eternally grateful. Many Jewish organizations fight tirelessly to combat antisemitism and anti-Israel sentiment, their work is priceless. But many lurk in the shadows. Many send me messages hoping I’m doing well, voicing their support in silence. Although helpful, it is not enough.

Because tweeting about rockets from North America is stressful but debilitating when they are falling on your head. Posting about terror attacks is heartbreaking 20 thousand miles away, but it’s gut wrenching when you live on the same street. These are the moments when we ask you to grab the torch. Carry us through it, because these are the moments we need you the most.

So to my dear friends in the diaspora who think they can escape their identity, take it from someone who tried. You can’t.

I know. Sometimes I don’t want to be Jewish too. I don’t want to be reminded every. Single. Day.
I know.
But.
They will find you.
They will blame you.
They will remind you.
Even when you try to be like them.
Even when you side with them.
They will mark you as one of us.
So it’s time to wake up.
The diaspora is only the veil covering your eyes.
Wake up.
Because when they come for you, Israel will greet you with open arms.  But will you speak up for your people in Israel, when they come for us?