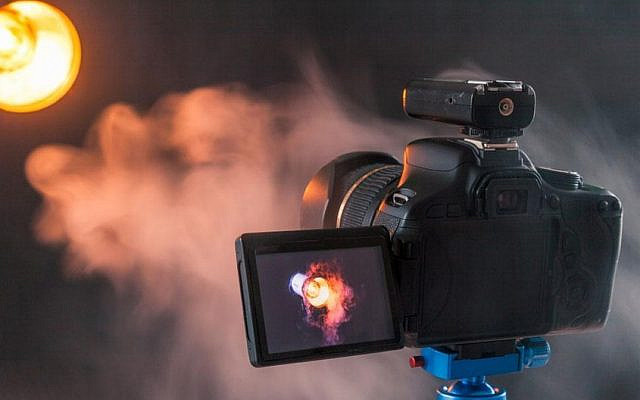 Think back to a time before Tiger King. Or Making a Murderer. Streaming platforms like Netflix and Hulu have undoubtedly elevated the popularity of documentaries, but it seems like we’re more prepared to watch a docuseries than a single film.

When I was at art school in New York, I watched a lot of films. Like, A LOT of films. I was studying Social Documentary Film and it was practically compulsory to end any given day with a new film that tackled a character, story, or idea.

While we might enjoy several hours of chaotic and captivating content today, something can still be said for these one-off, slower, classic stories. Here is a collection of some of the best documentaries that Netflix needs to add to its international library.

The story of Tilikum at SeaWorld was so compelling that it actually resulted in legislative change, effectively shutting down the waterpark. In the years following the film and its expose on how killer whales are treated, SeaWorld reported a $15m loss and is ending its live shows – a key attraction to the park.

This Oscar-winning documentary tells the story of Phillipe Petit – the first and only man to walk across the Twin Towers on a tightrope. Directed by James Marsh, the film mixes interviews, archival footage, and reenactments to tell the amazing true story.

One of the most popular and mainstream documentaries in recent years, Super Size Me tackles McDonald’s and obesity in the United States. Filmmaker Morgan Spurlock agrees to eat nothing but McDonald’s for 30 days, gaining 11kg and increasing his body weight by 13%. The documentary was a box office smash hit – making $22m and ending resulting in McDonald’s revamping their menu.

Errol Morris’ documentary literally saved lives upon its release in 1988. The film explores the case of Randall Dale Adams, a man who was convicted and sentenced to death for a crime he didn’t commit. The film includes evidence and reenactments that reversed the charges and set him free. It remains one of the most powerful films to this day.

An instant hit upon its release in the summer of 2018, Three Identical Strangers tells the unbelievable story of three identical triplets who found each other at age 19. The coincidental encounter resulted in national fame and a wild journey that takes a dark twist once the history is explored.

This film criticizes the American school system by demonstrating how difficult it can be for children and families to be accepted into charter schools. The title is inspired by Geoffry Canada and his observation that Superman is not real and cannot save us, something he realized when entering adulthood.

Another Oscar-winner, The Cove explores the large impact of dolphin hunting in Japan and acts as a call-to-action to put an end to the practice. The film was met with backlash due to secretly filming its participants and portraying the locals negatively.

Michael Moore has never shied away from controversy, and his sophomore documentary is no exception. The film explores the Columbine tragedy in 1999 and America’s relationship with guns and the second amendment. It is considered one of the greatest documentaries of all time by many ranking sites.

Perhaps one of the most emotionally-charged films on the list, Dear Zachary tells the story of Andrew Bagby and his tragic murder by his fiancee, Shirley Jane Turner. The film is intended to inform their infant son, Zachary, about his dad who he never got to meet. It has many twists and turns along the way – you won’t be the same after viewing it. The whole film is available on Youtube.

This Alex Gibney film is based on the bestselling book of the same name. The documentary highlights the Enron scandal, largely considered to be one of the biggest business scandals in American history. The film shines a light on the company’s questionable activity and the subsequent criminal trials that followed.

Here’s another entry that starts in one direction and takes its audience in a completely different place. The Andrew Jarecki film chronicles the Friedmans, an affluent Long Island family with a dark history of child molestation and incest. The film includes an incredible amount of archival footage which demonstrates how the family started to crumble during the legal proceedings.

Bill Maher’s entrance into documentary was met with the usual controversy of his work. Maher travels America meeting various ‘believers’ from different religions, challenging their beliefs and the rationale behind their life choices.

One of the first-ever documentaries – Nanook of the North tells the story of an Inuit in the artic who cares for his family. The silent film was revolutionary at the time, as it was the first to merge drama and documentary creating the ‘docudrama’ genre we know and love today. Filmmaker Robert Flaherty has been criticized for staging some of the scenes.

One of the first films to merge documentary interviews and animation, Waltz with Bashir tells the story of Israeli filmmaker Ari Folman and his quest to search for lost memories of his time in the 1982 Lebanon War. The film uses unique storytelling tools to act as a history lesson, expose into mental health, and the power of friendship.

This real-life docuseries started all the way in 1964, where filmmaker Michael Apted recorded a group of seven-year-olds with the premise of “Give me a child until he is seven and I will give you the man”. To date, there has been an update on the subjects’ lives every seven years – with 64 Up! airing as recently as 2019.

This film highlights the strange career of Rodriguez, an unsuccessful musician in the US who unknowingly became a star in South Africa in the 1990s. The locals knew little of the star, aside from one album. As rumors swirled around pertaining to his life and current whereabouts, the film dives into trying to identify and locate the famous singer decades later.

This documentary, in the style of Cinema Verite by the Maysles Brothers, highlights the death of a concertgoer during the tragic Altamont Free Concert. After capturing the footage of a murder by a member of the Hell’s Angels, the film (and its filmmakers) take a ‘reactive’ approach, rarely intervening and allowing the subjects to live their lives on camera. It was a style made famous by the brothers and some say this film marked the end of the 1960s.

Food lovers, rejoice! Jiro Dreams of Sushi explores the food and art culture in Japan, and how it pertains to sushi eaters in particular. The documentary tells the story of world-famous chef Jiro Ono and the legacy of his work. Meanwhile, we also meet Yoshikazu, his son who fails to live up to his father’s craft.