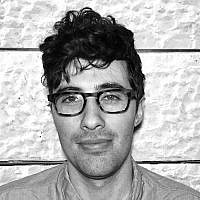 It is my favorite time of the year: the UN vote on the Israeli presence in the Golan. 151-2 (with 14 abstentions) it was once again passed. It was only a general assembly resolution, so it is not binding on states, but it once again was representative of international opinion.

Other than Israel, only the US voted against it. Is this because the US vote is bought by Israel or American Jewry and they do not see reality through the proper lens? Or, is it, maybe that Israel is targeted in a biased fashion and only the US is brave enough to stand up against this? It is possible to have a conversation about something related to Israel without Israel automatically being in the wrong because other things they are doing in the West Bank or in Gaza are deemed deplorable. Let us just look at one issue and one issue only.

There is a time and a place for everything and this is certainly not the time. Call it a defensive war, call it a pre-emptive attack, call it an offensive war, call it occupied territory, call it whatever you want, but let facts be facts. And, right now, the Syrian regime is in absolutely zero shape to take on more territory. They can barely govern their own territory at the moment if you want to call what they are doing governing. Is it really prudent to hand more territory to a country currently engaged with ISIS, Al Qaeda, and Hezbollah? I would hope it would not only be from an Israeli and US perspective that this would not seem prudent but maybe the rest of the international community is not seeing reality through the proper lens.