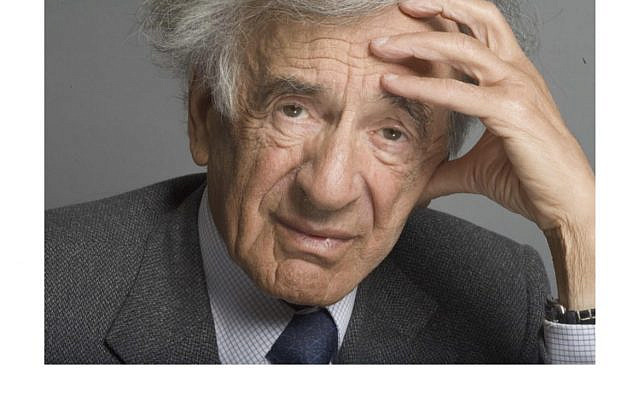 Of capital punishment, Holocaust survivor and Nobel Peace laureate Elie Wiesel said: "Death should never be the answer in a civilized society." Photo source: https://www.jewishrichmond.org/jcrc/public-statements/jcrc-statements-comments-articles/public-statement-the-passing-of-elie-wiesel Not under copyright.

“Death is not the answer.”

Such was Holocaust survivor Eli Wiesel’s response when asked about the death penalty. This simple phrase should echo throughout the collective unconscious of all humanity. These words should be nothing short of a mantra for our world when anyone raises the barbaric scepter of a return to capital punishment.

Wiesel, the acclaimed author, human rights activist and Nobel Peace laureate, lost both parents and a sister in the Nazi death camps. One of his most famous quotes on the subject of the death penalty is the following exhortation: “With every cell of my being and with every fiber of my memory I oppose the death penalty in all forms. I do not believe any civilized society should be at the service of death. I don’t think it’s human to become an agent of the angel of death.” This is one of our anthems in “L’chaim! Jews Against the Death Penalty,” a group of thousands of dedicated abolitionists that includes many individuals  – like myself – who are scions of Holocaust survivors. And yet, it was another occasion that yielded Wiesel’s concise abolitionist statement that titles and frames our thoughts here…

On Oct. 27, 2010, Wiesel spoke about his opposition to the death penalty during a lecture on capital punishment at Wesleyan University in Connecticut. Earlier that day at a press conference, he was asked about his feelings on capital punishment in the case of a horrific home invasion that had taken place in nearby Cheshire, CT in 2007. As a Connective native myself, I shall never forget the case, which was carried on all the local news stations at the time. On July 23, 2007, Linda Hayes (born Steven Hayes) and Joshua Komisarjevsky invaded the residence of the Petit family in the small town of Cheshire. Though initially planning only to rob the house, Hayes and Komisarjevsky horrifically attacked and murdered Jennifer Hawke-Petit and her two daughters, 17-year-old Hayley Petit and 11-year-old Michaela Petit. Their father Dr. William Petit escaped with severe injuries. The Hartford Courant cited this case as “possibly the most widely publicized crime in the state’s history.”  When asked for his opinion on the death penalty for the perpetrators, Wiesel focused his remarks on people like Dr. Petit and himself, both of whom were family members of murder victims. He indicated that murderers should be punished more harshly than other prisoners and encouraged the criminal justice system to focus efforts on the survivors of violent crimes “so that families will not feel cheated by the law.” “But,” he said, “death is not the answer.” He emphasized that he might change his stance if the death penalty could bring back victims, which of course it could not. “I know the pain of those who survive,” Wiesel said. “Believe me, I know… Your wound is open. It will remain. You are mourning, and how can I not feel the pain of your mourning? But death is not the answer. He concluded: “death should never be the answer in a civilized society.”

Death is not the answer.

Imagine for a moment what our world would look like today if all peoples of the world shared Wiesel’s epiphany, without having to endure the horrors that he did Imagine if “Death is not the answer” were the mantra in China, where the annual total of state killings is likely the highest in the world, but where all related details remain a state secret.

Imagine if “Death is not the answer” were the mantra in Iran, where state-sponsored murder seems to be as much the go-to response for murder as it is for government protests in the wake of the killing of Mahsa Amini, of blessed memory.

Imagine if  “Death is not the answer” were the mantra in North Korea, where teenagers are put to death for such crimes as distributing South Korean movies.

Imagine if “Death is not the answer” were the mantra in nations like Indonesia and Singapore, where drug-related offenses regularly lead to the gallows.

Imagine if  “Death is not the answer” were the mantra in Gaza, which executed five human beings in 2022 alone, and in Israel, whose new government now hopes to bring back the death penalty for those who carry out acts of terrorism, despite the proven fallacy of deterrence.

And imagine if  “Death is not the answer” were the mantra in the United States, where just last week to kick off 2023, Missouri executed a woman – our penpal Amber McLaughlin – whose last words were “I am sorry for what I did. I am a loving and caring person.” And again in America, where just this upcoming week alone we shall witness the state murders of two more of our penpals. The first of these will be Jan. 10, when Texas will put to death Bobby Fratta under the medieval “law of parties,” which calls for his life when he himself did not take a life. The state killing second will be two days later, when Oklahoma will put to death Scott Eizember, despite significant mitigating circumstances in his case that have been ignored or not heard at all.

Wiesel realized that any nation that opens Pandora’s box by dealing with the proverbial “Angel of Death” has crossed the Rubicon beyond the bounds of civilized humanity. He knew that when this happens, all bets are off for what nightmares may come.

But, if “Death is not the answer,” then what is? Here in the twenty-first century, we now know that we have the means possible via incarceration to keep society safe from those who are deemed to be dangers to themselves and others. Of course, each human being who commits a crime – however heinous – merits consideration appropriate to his or her case at the time of sentencing. Still, what we can say without equivocation is that death must be removed from the equation in every single instance and that the civilized pursuit of restorative justice practices must take its place. Civilized humanity recognizes that the famous charge in Deut. 16: 20 of “Tzedek, Tzedek Tirdof” – “Justice, justice shall you pursue” – is better rendered as “restorative justice shall you pursue.” More specifically for us in “L’chaim! Jews Against the Death Penalty,” it is “Abolition, Abolition Shall you Pursue!”

The world continues on this very trajectory toward abolition. Seventy percent of the nations of the Earth already have seen the light of death penalty abolition, with Zambia joining the pro-life list just last month. Still, we have a long way to go in our sacred mission of global abolition. May we draw strength from the famous axiom in Pirkei Avot/Ethics of the Fathers, 2: 16, in which Rabbi Tarfon reminds us that “it is not your duty to finish the work, but neither are you at liberty to neglect it.” Indeed, in this liminal moment in the spiritual evolution of human civilization, we shall not neglect our responsibility to work to close the door once and for all on the Angel of Death. Until that happens, we shall continue with our mantra, as per Elie Wiesel:

“Death is not the answer.”