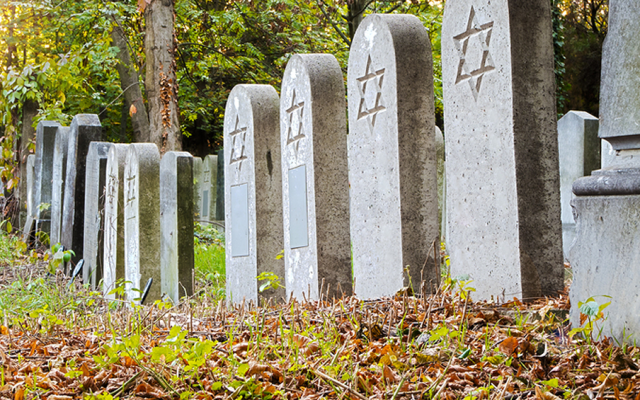 On January 15, 2019, Judge Devin Cohen of the Supreme Court of NY ordered a hospital to retroactively declare a cadaver not dead. The court’s bizarre ruling hurts healthcare, contradicts US law and flies in the face of modern medicine which understands that brain death is the death of the human being.

This strange story began in 2017 when a 68-year-old Orthodox Jew, Yechezkel Nakar, was admitted to New York-Presbyterian Hospital/Columbia Medical Center. Although unconscious, unresponsive to pain and incapable of spontaneous respiration, his heart continued to beat by sole virtue of the oxygen it was mechanically supplied by a ventilator. The hospital suspected Nakar’s brain was dead but his Orthodox family requested that neurological testing not be performed.

Some Orthodox Jews believe a beating heart to be a sign of human life even if the brain is dead. And even though there is not one documented case of a brain dead beating heart cadaver coming to back to life, these families want medical care to continue until the heart dies. They don’t want death declared because insurance companies will not pay for hospital-care of a cadaver.

In 1986 the Agudath Yisrael of America, a NY based ultra-Orthodox Jewish organization, lobbied the States of NY and NJ – each has sizeable Orthodox Jewish populations – to include a “reasonable accommodation” clause concerning families who reject brain death as death. While “reasonable” was never defined nor adjudicated, some took it to mean that in a case where brain death is suspected a family has the right to request from the hospital that neurological testing not be done.

Understood this way, the legislation has a few unfortunate results. It forces insurance companies to spend millions of dollars on taking care of dead people. Medically supporting beating heart cadavers – as they are referred to in the medical literature – takes up precious time of the nursing staff that could be better used tending to and monitoring living patients. And in some crowded hospitals, beating heart cadavers are taking up sorely needed beds for long periods of time. In the famous case of Jahi McMath from California, she was brain dead on a ventilator and her heart was kept beating for 5 more years.

Not only does such a generous interpretation of reasonable accommodation have a huge negative externality it also makes no sense – for the patient – to deprive doctors of diagnostic tools. After all, if the patient is shown not to be brain dead his treatment will be different and perhaps even lifesaving.

In Nakar’s case, the hospital performed the neurological tests over the objections of the family. Upon discovering Nakar’s brain to be dead, a death certificate was issued on May 31, 2017. But legal motions quickly initiated by the family and by transferring the body of Nakar to another facility, they were able to keep Nakar’s cadaver attached to a ventilator and keep its heart beating for 3 more weeks before it too died.

Nakar’s family together with Agudath Israel took the case to court claiming the family’s rights were violated. But even if Judge Cohen interpreted “reasonable accommodation” to mean the hospital should not have performed neurological testing, his remedy was odd. Appropriate redress would have been for him simply and singularly to require the hospital to compensate the family for financial expenses it incurred caring for the beating heart cadaver. Instead, Judge Cohen ruled that the declaration of death issued in May be rescinded and replaced with a declaration of death dated June 22, 2017, the day his heart stopped beating.

In a country that prides itself on separation of Church and State, religious pressure should not force medical professionals to pretend death did not occur or to ignore death by delaying neurological testing. Furthermore, a judicial ruling should not fly in the face of modern medicine and it should not contradict US law which recognizes neurological death (i.e. beating heart cadaver) to be death.