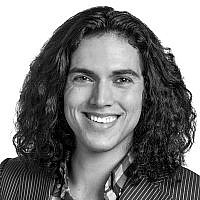 The Blogs
Daniel Dolgicer
Apply for a Blog
Please note that the posts on The Blogs are contributed by third parties. The opinions, facts and any media content in them are presented solely by the authors, and neither The Times of Israel nor its partners assume any responsibility for them. Please contact us in case of abuse. In case of abuse,
Report this post.

These days after the US election represent an inflection point in history.

Democracy isn’t self-executing. It works, only if people make it work. To some extent it’s an honor system. It relies on those in power to implement it. The President must adhere to basic, fundamental rules and customs, on which the infrastructure of government relies. When Al Gore gracefully conceded the election in 2000, he took a bullet for the country.

Donald Trump has proven time and again he knows no bottom. He’ll fire a bullet into the country if he can derive political gain. In essence, that’s what Donald Trump has done his entire business career: reap benefit at the expense of others, no matter the cost.

I don’t have a lot of faith that Donald Trump will retire voluntarily, should he lose the election. He’ll make stuff up: that the election was rigged, that he was treated unfairly, that Joe Biden and his cabal of pedophiles somehow changed the vote tally in Pennsylvania and Michigan. He’ll indulge the worst impulses of his supporters with wild conspiracy theories and glorifications of political violence–which I find plainly hypocritical seeing as he portrays himself as the “law and order” candidate.

This type of musing about rigged elections, a candidate unwilling to cede power, violence propagated by an embittered loser, voter suppression and intimidation, stores closed and boarded up in fear of political rioting–if you didn’t know better, you might think this was an election in Turkmenistan. Donald Trump has worked tirelessly to degrade important democratic institutions and traditions.

History lays bare that when you break something, it’s exceedingly difficult to put back together. Donald Trump has shown himself ever-willing to scorch the Earth as long as he wins. He’s shown himself interested in power, over all else. He’s fanned the flames of anger, particularly around his personal gripes–and spread misinformation about a virus that has killed, thus far, a quarter million people in the United States alone.

What you see in Donald Trump isn’t particularly Republican. And it’s definitely not conservative. One could certainly extol the virtues of conservative ideology and the Republican Party platform. Had Mitt Romney won the election in 2012, I have a feeling he would have been an honest, dignified, steady president. But, the Republican Party in 2020 didn’t publish a platform–and this election isn’t really about policy. Policy is secondary when the integrity of democracy is on the line. It’s about democracy, fidelity to the process, fidelity to truth, fact, and science.

The Republican Party is Donald Trump, and Donald Trump is the Republican Party. It is this type of cult of personality that erodes a democracy–until it’s no democracy at all. And that is the threat that overrides all other considerations. I don’t agree or disagree wholly with either major party. I’m disturbed by the dogmatism on flanks of both parties. The United States has certainly traveled far from the center-left centrism of Bill Clinton or center-right centrism of the first George Bush.

In Russia, the leader is the party, and the party is the government. There is no distinction. That type of authoritarian system cannot be put into operation in the United States–but it is at real risk of happening, at the hands of Trump and those who benefit from his presidency.

All of that depends on the outcome of this election. 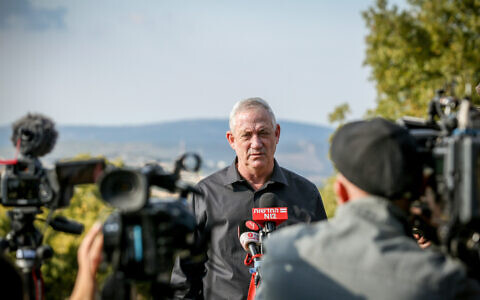 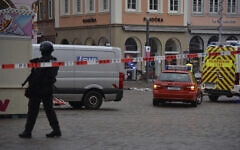