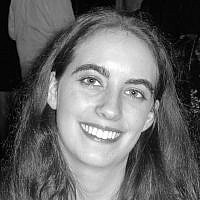 The Blogs
Rebecca Stern
Apply for a Blog
Advertisement
Please note that the posts on The Blogs are contributed by third parties. The opinions, facts and any media content in them are presented solely by the authors, and neither The Times of Israel nor its partners assume any responsibility for them. Please contact us in case of abuse. In case of abuse,
Report this post. 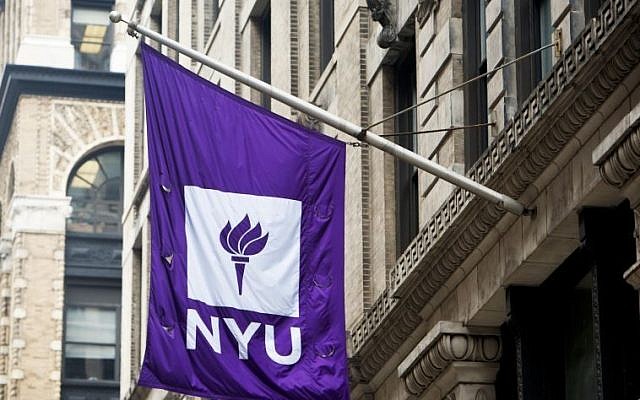 You may have heard about the anti-Israel Boycott, Divestment, and Sanctions (BDS) student government resolution at NYU this past December.  As a current NYU student who was present at the student government meeting about BDS, I want you to know what really happened.

On December 6, 2018, the Student Government Assembly (SGA) at NYU voted on a resolution entitled, “Resolution on the Human Rights of Palestinians.”  Leading up to this meeting, the resolution was explicitly framed as part of the BDS movement, which seeks Israel’s elimination as a Jewish and democratic state, actively opposes dialogue and cooperation between Israelis and Palestinians, and spawns hateful rhetoric against Jews and Israelis.  One author of the resolution stated that “This resolution is explicitly posed as part of the Boycott, Divestment, Sanctions movement. A lot of the times at other universities, they’ll try to separate it from the BDS movement and say this is just divestment. We are explicitly saying that this is a result of the Boycott, Divestment and Sanctions movement.”

At the meeting, I, along with five other students who opposed the resolution, spoke about the true nature of BDS, our safety on campus as Jewish students, and the implications of its passage at NYU.  One speaker pointed out numerous factual inaccuracies in the resolution. In response, the authors merely stated that their sources were correct and their words were believed.  There was no attempt to check the footnotes, verify information, or correct inaccuracies.

One senator asked the authors of the resolution a pointed question concerning the nature of the BDS movement as a spectator called out a quote from one of the founders, “Israel isn’t the problem, Israel’s existence is.”  The authors immediately responded that the views of the founder of the movement do not represent the views of the movement and that this was not a BDS resolution, it was merely BDS “inspired.”  Contradicting everything they said in the months leading up to the meeting, the authors walked back their position when forced to defend the morality of the nature of the resolution.  If this isn’t manipulating the public to accomplish your goals, I don’t know what is.

After seeing our frustration and concern, some voting members asked to alter the resolution to better accommodate our community.  This request was denied because some members had already voted in the middle of the meeting, but a promise was made that the authors would work with concerned community members when the resolution would be presented to the University Senate.  However, the author who made this promise was aware that getting this resolution to the next phase would be “an uphill battle.”  This was a glorified attempt to appear sincere and conciliatory while suppressing student concerns to pass a deeply damaging resolution.

In addition to the manipulation demonstrated by the authors of the resolution during the meeting, the behavior displayed by voting members was offensive and unprofessional.  One member who disagreed with our points shouted “How dare you” across the room in response to a claim made by one of the speakers opposing the bill. Rather than addressing our very real concerns, one author mocked a speaker’s accent.  Finally, voting members of SGA ridiculed our community for showing up about an issue we cared about. Regardless of one’s beliefs, this is not how a governing body should behave. There is no place for such blatant disrespect from the student government towards the students they claim to represent.  These comments were met with cheers from other members of the body, furthering the disrespect we were shown in that room.

Despite all of this, the resolution passed by a two-point margin, and the headlines the next day read: ”BDS Passed at NYU.”  Jewish Voice for Peace at NYU posted on Facebook that “BDS works” as a result of this resolution. The very senator who stated that the resolution was not BDS is the president of this group, who declared victory for BDS.  How is it that, when needing votes to secure passage, the resolution wasn’t BDS, but once it passed it suddenly became BDS again? Perhaps because a campaign that systematically lies and misleads people about the Israeli-Palestinian conflict can only “succeed” through deception every step of the way. NYU students who want to be part of the solution on campus and in the Middle East should not be fooled.

Now, two months later, two senators, one of whom authored the original resolution, have announced plans to introduce a new, similar resolution.  This resolution removed the words “Israel” and “Palestine” from the resolution in order to present it to the University Senate. This is another underhanded tactic meant to promote a dangerous and harmful ideology.

So, next time you hear that BDS passed at NYU, keep in mind it is not as simple as it seems. The lies, disrespect, and complacency that surround this movement on campus should not be ignored. NYU students are better than this, and I hope our leadership will be too.

About the Author
Rebecca is a senior at New York University studying Media, Culture, and Communications. She served as the President of TorchPAC, an Israel advocacy campus group, for two years and is now their consultant. During this time, she received the StandWithUs Leaders of Tomorrow award. She is passionate about creating nuanced conversations surrounding Israel, especially on campuses.
Related Topics
Related Posts
Comments