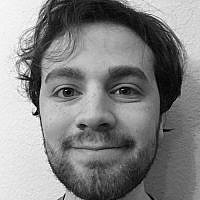 The Blogs
Kevin Berk
Apply for a Blog
Please note that the posts on The Blogs are contributed by third parties. The opinions, facts and any media content in them are presented solely by the authors, and neither The Times of Israel nor its partners assume any responsibility for them. Please contact us in case of abuse. In case of abuse,
Report this post. 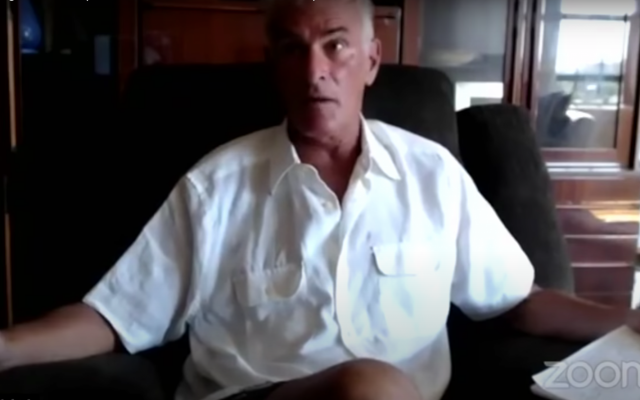 Dr. Norman Finkelstein on a Zoom Meeting with Labour Against the Witch-Hunt

(Though, before I begin, I would also like to state that this work draws heavily from Lee Harpin’s piece in the Jewish Chronicle, which brought this to my attention. I would suggest a read of that piece as I am only writing this one to bring the story to a greater audience.)

Honestly, at this point, things such as this should not be surprising but somehow Finkelstein always finds a new way to make me sick

Now, to be fair, Dr. Norman Finkelstein did not specifically state that the Shoah never happened. What Finkelstein did was question or excuse others for questioning the number of victims and the means by which they were killed, which according to the International Holocaust Remembrance Association is Anti-Semitism in the form of Holocaust Denial as it is “Denying the fact, scope, mechanisms (e.g. gas chambers) or intentionality of the genocide of the Jewish people at the hands of National Socialist Germany and its supporters and accomplices during World War II (the Holocaust).” This occured when he in this video stated:

Now, some may be wondering, in what possible situation could Finkelstein have been allowed to make these ahistorical claims and, I’m sad to say, it was in the context of the continuing UK Labour Party’s Anti-Semitism scandal. Basically, this video is the result of a group of Anti-Semites who were expelled from the Labour Party and went on to found the group Labour Against the Witch-Hunt. This group includes a smorgasbord of Left Wing Anti-Semites including:

Basically, a group of people who wouldn’t believe Anti-Semitism is not a threat to Jews but just some minor annoyance that hurts their “freedom of speech.” Honestly, it is quite staggering how this “Labour Against the Witch-Hunt” seem to be pushing the ‘how dare Israeli Jews act like victims’ argument, while proclaiming themselves eternal victims for being ousted from Labour for being racist.

Continuing on, other examples of Finkelstein expressing his “freedom of speech” in the video included:

Honestly, I think the most interesting part of this whole video is just the phenomenal lack of empathy Finkelstein has for any Jews. All I can say is that while this is the most disgusting video I have seen from him, at least he has finally presented just how little he cares about Jewish safety and the rest of the Jewish people.

So, in conclusion, if any Anti-Zionist ever shows his video of him making a descendent of Holocaust survivors cry by pretending she only cares about Jews because of wanting a racist state of Israel, I will respond with this video. I will remind him that two-thousand years of Anti-Semitism resulting in pogroms, rapes, massacres, and ultimately culminating in the Holocaust, doesn’t even “keep [him] up at night.”

About the Author
A Texan filmmaker who, after spending his childhood in a safety locked Synagogue and a Christian Right-Wing anti-Semitic school, went to a liberal college only to be gaslight by left-wing anti-Semites. He is now hoping to make Aaliyah, after learning the tools of representation from the few amazing professors at Emerson College and becoming prideful of his Judaism, he wants to return home.
Related Topics
Related Posts
Comments