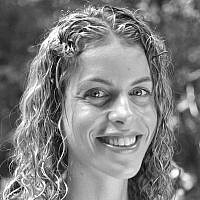 The Blogs
Dodie Katz
Educational Thought Leader
Apply for a Blog
Advertisement
Please note that the posts on The Blogs are contributed by third parties. The opinions, facts and any media content in them are presented solely by the authors, and neither The Times of Israel nor its partners assume any responsibility for them. Please contact us in case of abuse. In case of abuse,
Report this post. 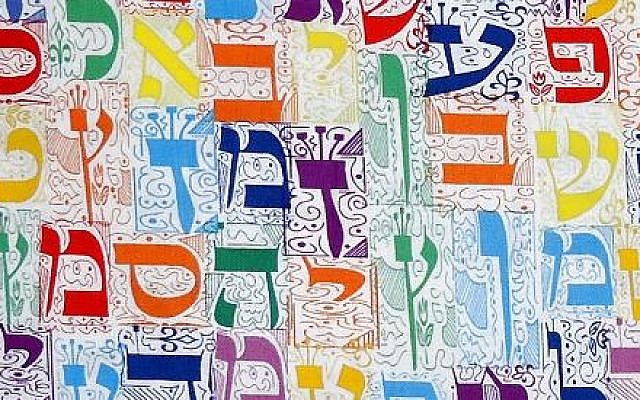 In the summer of 2018, the lounge in our dormitory of the Middlebury School of Hebrew’s  Vermont campus was filled with the bellowing sounds of the voice of Reb Shulem Shtisel. The series, (prior to its release on Netflix) was being used by our summer students who came to learn Hebrew for anywhere between 3-7 weeks. Hebrew language students of all backgrounds, ages, races, and Hebrew proficiency levels were gathered nightly around a TV screen, captivated by the story of this Jerusalem family.

Fast-forward to 2019, and the Jewish world is ablaze with conversations about the Shtisel family. Thanks to Netflix, the Shtisels have captivated an entirely new audience of primarily Diaspora Jews. From social media, to Shabbat table conversations, to grocery store checkout lines, the conversations about Akiva Shtisel and his struggle to find love while pursuing his passion for art can be heard. It’s beautiful and powerful to see the way in which this drama about an ultra-Orthodox family in Jerusalem’s Geulah neighborhood, has been able to unite a community in conversation about the universally human themes of love, loss, dreams realized, and dreams shattered.

The series Shtisel, released in 2013, represented one of the first series in Israel which became beloved by the secular and religious community alike. Anyone who has seen the series can attest to the fact that the nuance and sensitivity of the human condition is portrayed with kindness and sophistication in the show. The struggles of the characters remain relatable to our own, even if their lives may be radically different.

I am greatly enjoying the outpouring of enthusiasm over Shtisel, as well as the other fantastic series and films from Israel which Netflix has released this year. However, when participating in conversations or online engagement about the show, I need to transport myself back to watching the series upon its release several years ago. The details seem fuzzy, and the show needs to be resurrected from the back of my mind which has been subsequently filled with other equally phenomenal Israeli shows relating to similar themes. All of which have been dominating Israeli entertainment in the years since Shtisel’s release.

How many of you have had the following thoughts while watching Shtisel? I wish I could understand the original Hebrew (or Yiddish)?  If only I had paid more attention in my Hebrew language classes I would be capable of knowing and understanding more. If only my teachers had been better trained I would know more Hebrew! If my Hebrew language curriculum was based in authentic cultural material such as TV and film I could have learned so more language! And, if you hadn’t had access to Jewish Day School education, ulpanim, etcetera, how many of you now wish you had?

At the Middlebury Language Schools, one of the world’s preeminent institutions for language learning, we have the following slogan, “Life doesn’t come with subtitles.” One of the primary reasons we learn a second or foreign language is because it gives us the ability to connect to a world of others different than our own. It allows us to engage and interact with others in true and meaningful ways, rather than remaining spectators. Through learning and connecting with others in a language and culture often different from what we know, we grow and learn more about ourselves and our own experiences. We become privileged to understand the nuance of expression which is so often literally lost in translation.

As many of you have experienced while binge watching Shtisel, authentic materials are motivating and rich. They engage the learner and are able to push linguistic and cultural goals simultaneously.  Has Netflix given us the ultimate call to want to learn Hebrew with renewed fervor? Can it inspire us to reconceptualize what our language classes look like? Might it be the push to have you challenge yourself and enroll in a Hebrew class? I certainly think so.

I know that I am fortunate to have benefited from excellent Hebrew language instruction and have spent the past five years of my career working with a remarkable team who is dedicated to improving the state of Hebrew language instruction worldwide. I have been lucky enough to have the knowledge and skills to access Israeli media in real time. Now that you have watched Shtisel, I have so many more shows to recommend, but for how much longer should we keep waiting for subtitles?

About the Author
Dr. Dodie Katz is member of the graduate school faculty of the Middlebury School of Hebrew. Her work at Middlebury is dedicated towards revolutionizing the field of Hebrew language instruction through training teachers from around the world in best practice language learning pedagogy. Dr. Katz's research interests include school and teacher leadership, Jewish/Israel education, curricular innovation, curriculum theory, applied linguistics, psychoanalysis, and history and social studies teaching.
Related Topics
Related Posts
Comments