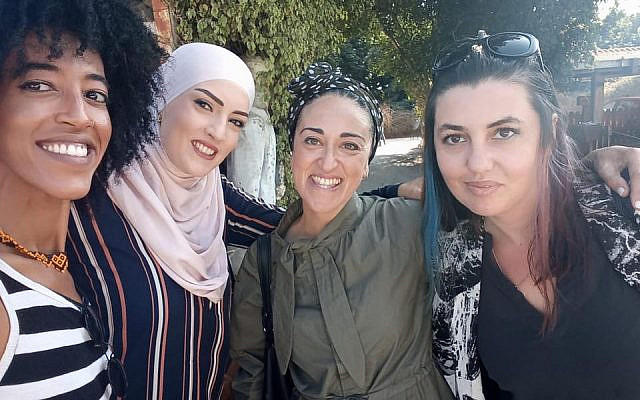 “Behind these modest interventions were diverse Israeli leaders coming together in crisis, rather than breaking apart. Their relationships have been strengthened due to their shared response – they are going through this crisis together, leaning on each other, helping each other, and learning more about each other and their communities in the process.”

The COVID-19 crisis in Israel has seemingly been defined by political breakdowns and inter-sectoral tensions. Suspicion and conflict between the Haredim (ultra-Orthodox) and the rest of society have grown during this period. The Haredim and secular blocs are pointing fingers at each other, claiming that studying in Yeshiva or going to the beach are driving the crisis. The opportunity to form a true unity government to respond to the crisis has broken down.

The COVID-19 crisis is a clear and immediate example of an issue that requires societal-wide collaboration – as one online illustration put it: locking down some parts of the country and not others is like making a peeing section in the pool. It’s not contained.

But there are other, more slowly burning crises in Israel that also require societal-wide collaboration, like addressing inequality, the Israeli-Palestinian conflict, or the relationship between religion and state.

Unfortunately, this type of collaboration is not likely in a society where diverse social groups with distinct worldviews do not know each other, understand each other, or feel a sense of mutual responsibility and shared identity; in a society where each group feels its way of life is under threat, and thus closes itself off and clings to its positions.

Tensions with the Haredim, or the Arabs, or Religious Zionists, or secular, are not new. We have been allowing these tensions to simmer near the surface, occasionally addressing them when they rear their heads, but usually only addressing them with laws and actions we try to impose on others – forcing Haredim to join the army, protesting settlements – not engaging and trying to build new solutions together. Now, in the heat of a crisis, the consequences of these tensions and lack of understanding are fully and immediately revealed.

Imagine a world where trust and open lines of communication existed between our communities. Where each community felt secure in their identities – no longer feeling like their way of life and their vision of the state was under threat – and thus had the confidence to engage openly with other groups. Where each community’s leaders had personal relationships with the leaders of other communities, and could gather to discuss their communities’ goals, values, and challenges, and coordinate their responses.

These possibilities have been demonstrated by a group of twenty young, diverse Israeli leaders meeting and working together throughout the crisis. The group represents the full spectrum of society – Jews and Arabs; Haredim, Religious Zionists and secular; Mizrachi, Ashkenazi, Ethiopian, and Russian-speaking; gay and straight.

This group is the 6th cohort of the Shaharit Institute’s 120 Program for Multicultural National Political Leadership, a training program that brings together young Israeli leaders who wish to enter national politics, fostering a new generation of leadership that knows and understands all the groups in Israeli society, and works towards inter-sectoral collaboration. The program has produced members of Knesset and leaders at all levels of society.

The 6th cohort has been meeting virtually throughout the crisis, discussing their communities’ challenges and potential responses. The group’s Haredi members have been leading the conversation on how to communicate with their community. The group’s five city council members have led the discussion on what municipal governments can do in these times. All have come to better understand each community’s position in this crisis, and garnered critical insights into how they can best respond from their roles in society.

Together, the group raised money and bought hundreds of board games to keep kids off the street in the Haredi city of Bnai Brak, a response meant to highlight empathy, rather than blame the Haredi community. Other crisis responses initiated by 120 members in the 6th and prior cohorts include:

These are modest interventions. But behind them were diverse Israeli leaders coming together in crisis, rather than breaking apart. Their relationships have been strengthened due to their shared response – they are going through this crisis together, leaning on each other, helping each other, and learning more about each other and their communities in the process. They will emerge from the crisis with stronger bonds, a greater understanding of each other’s communities, and a greater potential for inter-sectoral collaboration at larger scales. This kind of outcome is only possible due to their personal relationships, formed in an atmosphere of security, curiosity, and care.

The Covid-19 crisis reveals why we need a society that can work together. The 120 program offers one small example of how we can get there.