The Blogs
Mofaker Hur
Apply for a Blog
Advertisement
Please note that the posts on The Blogs are contributed by third parties. The opinions, facts and any media content in them are presented solely by the authors, and neither The Times of Israel nor its partners assume any responsibility for them. Please contact us in case of abuse. In case of abuse,
Report this post. 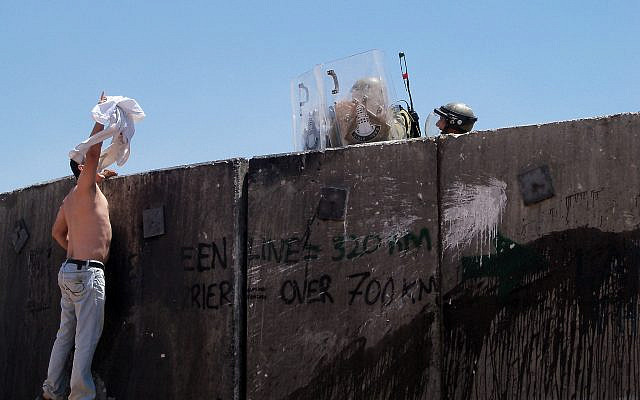 The ones who lead us to the troubles, who?

Now I am going to tell you, bro

The problem is not the two fighting kids

The problem is with the greedy elders

Even though they get grey and bold

With this selfish brain

They transmitted this to the poor public

All kinds of change happened in the creation

But the disaster kept us in the same situation

Maybe we all had blind eyes from our mother

Maybe we don’t want to see each other together

Look at the nations who were lagging and dragging

Look at people who you called slaves

Are filing the world with freedom flags

Look at what the west did in Berlin

And you call them “no emotions”!

To let the beauties wear jewelry

They pulled down walls of slavery

Opened the east to the west widely

Shame on us to still say west and south

And we instead of laws, are changing the color of the ties

On Whom we are putting our dependency?

On the people who claimed democracy?

They give ten % to the needy

And steal the ninety

Boiled on the flames of death

And every couple of years we create war and tensions

For someone to win the elections

So if you are in your seventies

Don’t blame us who are in our twenties

And finally in this region, if we want to have a peace agreement

We should realize that this mentality is dangerous and outdated.

And should be treated.