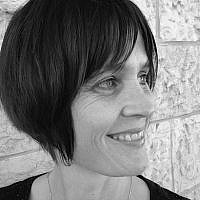 The Blogs
Saskia Swenson Moss
Apply for a Blog
Advertisement
Please note that the posts on The Blogs are contributed by third parties. The opinions, facts and any media content in them are presented solely by the authors, and neither The Times of Israel nor its partners assume any responsibility for them. Please contact us in case of abuse. In case of abuse,
Report this post. 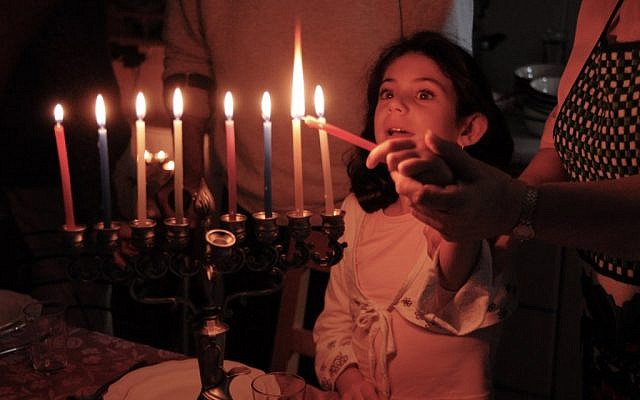 In Johnson, the small Vermont town that I grew up in, there were hardly any Jews. None of our neighbors was Jewish. There was no synagogue, no Jewish community center, no Jewish summer camp. Even Chabad had not made it to where we lived, off a dirt road surrounded by smooth, blue mountains and up the hill from a decrepit farm where cold cows shivered out the winters up to their ankles in manure.

My Dad’s grandparents had been Swedish Lutherans. He had met my mom at Oberlin. When they got engaged, my mother’s grandmother quizzed him on whether he might be willing to change religions. Knowing she was strong in Chicago’s Reform movement, my dad joked with her. “Gram-Gram,” he said, “the day that you keep kosher is the day I’ll convert.” Everyone had a good laugh and the question of my Dad’s religious preference was dropped.

And so I grew up making bows and shooting arrows in the summer and carving igloos out of snow piled high by the plow in winter. No Talmuds lined our shelves, we ate pork, and sometimes shrimp and ham. No one in my house knew what the Mishnah was. But we were Jewish.

Why? What made it so clear that we were unequivocally members of the tribe? Asking myself that now, living a Modern Orthodox life in Jerusalem, I close my eyes and see the following:

Snow is falling. It’s black outside. No sign of any other human beings. And it is cold. The kind of cold that makes you feel deeply lonely looking up at the night sky and seeing the tiny pricks of thin stars. They may be suns, but the light is so far away that you feel completely inconsequential. To keep warm, you shrink your face deeper into your coat and puff out your warm breath. If you stay out too long, your cheeks and the tips of your fingers will go numb.

As these dark nights got longer, my mom, with a religious regularity that never appeared any other time, would begin to get ready for Hanukkah. A day or two before the holiday began, our three menorahs would appear. My sister’s and mine were delicate and tiny, inlaid with colored tile, bought for us as toddlers. They took birthday candles and burned out within a minute. My parent’s menorah was a simple gold, large enough to hold the beautiful array of blood red, off-white, gold and blue Hanukkah candles.

I see us standing in our small yellow kitchen. My mom is orchestrating the turning off of lights. Hushing everyone into solemn silence she lights the main menorah and then sings, “Baruch ata Adonai, Elohenu Melech Ha’olam, asher kidishanu b’mitzvotav, v’tzivanu, lehadlik ner, shel Han-u-kkah! My sister and I light ours and repeat the blessing.

As the flames shine against the frosty kitchen window, we go to open presents. Years later, at the Pardes Institute for Jewish Studies, I learned about the mitzvah of putting your menorah where people can see it. If anyone had been driving up the road and looked down at our house during Hanukkah, they would have noticed the twinkle of candles. How did my mom know to put them there?

My dad believed in a present for each night. Seven small presents and then, on the last night, the grand finale. The bike, the tape recorder, whatever the one thing you had really wanted, that was the present that appeared on that final night so that Hanukkah, sometimes just a day or two shy of Christmas, could go out with a bang.

Long after I had grown up and moved away, my dad continued sending me packages with eight small gifts wrapped carefully to keep the tradition of a present a night alive.

In a few weeks, it will be Hanukkah time again and I think back to my mom. How on her own she crafted Jewish experiences that gave us joy. And, as I watch my children speak Hebrew, daven and weave Jewish stories into their own lives, I think, “It’s thanks to you, Mom, that the light did not go out.”

About the Author
Saskia Swenson Moss works for the Harold Grinspoon Foundation on PJ Our Way, a program that is changing the paradigm of Jewish education and engagement for American tweens. Saskia lives in the never boring city of Jerusalem with her husband, Yoni and her three children, Akiva, Yovel and Heleni.
Related Topics
Related Posts
Saskia Swenson Moss
Comments