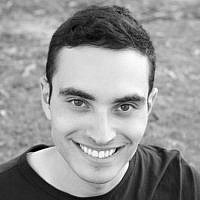 The Blogs
Simone Somekh
Apply for a Blog
Please note that the posts on The Blogs are contributed by third parties. The opinions, facts and any media content in them are presented solely by the authors, and neither The Times of Israel nor its partners assume any responsibility for them. Please contact us in case of abuse. In case of abuse,
Report this post.

Social media users are very careful to share only the “good”, rather than the “good” and the “bad.”

It feels that whatever we post or tweet is going to stay there for a while. Our birthday wishes, party photos, and long rants are likely to pop up in a “You have 7 memories from four years ago!” kind of notification someday.

When it comes to life in Israel, we often focus on sharing the good, because the world is already filled with so much negativity about this country, that we don’t feel the need to add some more to it. However, this doesn’t mean that we should not be aware of the bad.

I moved to Israel from Italy two years ago and it has been one of the most challenging decisions I’ve ever made. It’s been a rewarding and fulfilling experience, yes, but also a tough one, which often made me question my love for this place.

I remember taking over Facebook and posting pictures of the beach in Tel Aviv with the ecstatic caption, “I wouldn’t want to be anywhere else right now,” and trust me, I really meant it. The caption, though, was missing something: “And yet I would like to change so many things about this place if I could.” 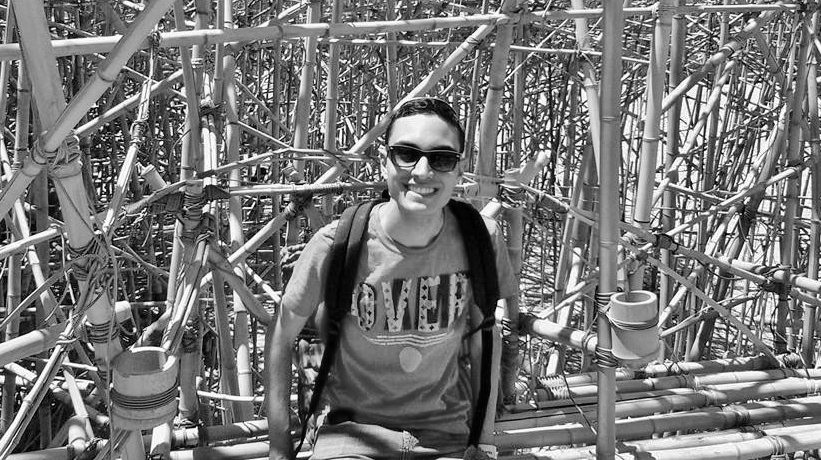 Simone Somekh, 20, reporting from the Israel Museum in Jerusalem for the Italian press in July 2014.

It’s so easy to tweet that you love Israel while sitting on the tour bus of your gap year program. So damn easy to love Israel when your only interaction with an Israeli is on Friday morning at Machane Yehuda market in Jerusalem. It’s just too easy.

It’s a little less easy, instead, to love Israel when you’re experiencing a cultural shock, living in an Israeli apartment with Israeli roommates fighting with your Israeli landlord who’s raising the price of the rent once again just “because.” It’s a little less easy to love Israel when you’re in a bank trying to solve an issue that a distracted banker is responsible of, and it’s even less easy when you call Clalit to ask for an appointment with a dermatologist and the lady on the phone tells you that the next free spot is in two months from now.

Don’t say you love Israel if you haven’t experienced it.

Don’t say you love Israel because you didn’t have to spend days at the Misrad Hapnim to get your visa, since your yeshiva got one for you.

You see, when I say I love Israel, I really mean it: I love the warmth of the people, I love the homemade shakshuka, I love that a taxi driver randomly asks me what’s my greatest aspiration in life, I love that I sit in class next to my Jewish, Muslim, and Christian friends, and we all worry about the final exam together, I love that there is so much respect for the elderly and so many opportunities for the young.

I love that this is the only country where I feel fully comfortable at walking in the street wearing my kippa, while I remember how I got pointed at when I would wear it in my public high school in Turin, Italy. I love that while the world criticizes us for not trying hard enough, we don’t care of what they say and we just keep trying, because that’s what we’ve always done and that’s what we are always going to do.

True love requires knowledge and understanding. Otherwise it’s just a mere infatuation that is set to fade the minute your feet touch foreign ground once again.

About the Author
Born and raised in Italy, Simone Somekh studies at Bar-Ilan University and works as a freelance writer. His works have been published in The Jerusalem Post, The Times of Israel, Wired Italy, and more.
Related Topics
Related Posts
Comments