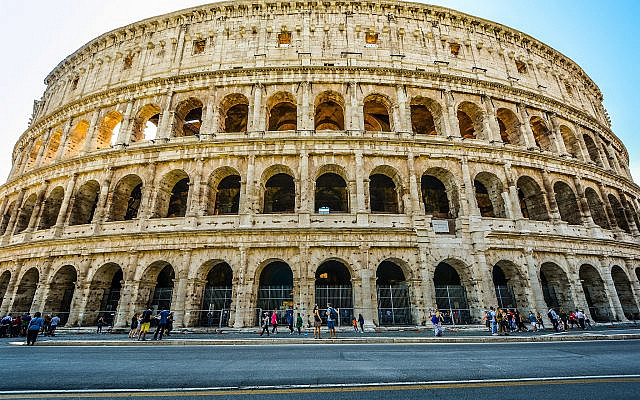 Not Built in a Day (Free to Use by Pixabay from Pexels.com)

It was sad to see the UK’s Sky News, an internationally respected program, advocating child abuse.

During the Roman Empire, Rome saw the construction of the Colosseum. Some 50,000 people would watch gladiators fighting each other, or lions, bears, panthers, leopards, and any other wild animal they could get their hands on.
The Roman leaders knew full well that the common people must be kept in their place and provided “Bread and Circuses” to stop people thinking too much.

The Colosseum has fallen into ruins and the only struggles it sees today are the guides trying to get money from the many tourists who flock to this “must see” sight.

But, while dangerous animals are now left to their own devices in safari parks and zoos, the Colosseum has been reinvented as the Winter Olympics.

Once again, we are shown horrifying pictures from these winter “sports”. Girls as young as 15 are forced to waste their formative years training for just a few minutes performing on ice skates. They are encouraged to do permanent damage to their bodies to please the sedentary spectators around the world watching their televisions in the comfort of their homes.

Figure skating, beautiful as it might be to watch, can be brutal with potentially devastating concussions and traumatic brain injuries. You cannot, legally, ride a motorcycle without a helmet. Horse riders, professional jockeys, wear helmets. Even ice hockey skaters wear helmets, but figure skaters have no protective head gear of any kind.

While we do not want young figure skaters to look like Bibendum, better known as the Michelin Man, a humanoid figure made of stacked white tyres, we owe them more protection against the hard ice than they have today. The Michelin Man has been around since 1894, I’m sure he could give us some advice.