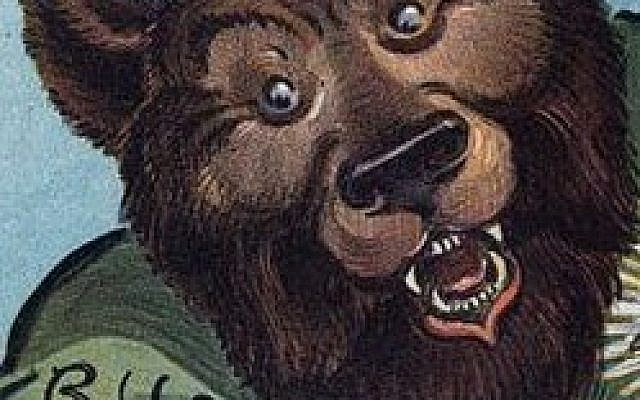 According to the US National Park Service, the best way to protect against a bear is to avoid it. Too late, the Russian Bear is already charging. What now? They offer two lines of advice. If possible, play dead. “Fighting back usually increases the intensity of such attacks.” Well, not for this time, the cost is too high. What’s the other option? Fight back—as hard as you possibly can. In their words: “Use whatever you have at hand . . . . Concentrate your kicks and blows on the bear’s face and muzzle.”

Incredibly, that’s what Ukraine is doing now—with modest to “meh” help from the West.

The Park Service says, “Use any available weapon to fight the bear (sticks, rocks, bear spray, even your fists).” So far, American and European politicians seem mainly concerned not to provoke the Bear further. Instead, these leaders should really lead, which would mean surprising us all (including the Bear) by rising above their past careers—as Zelensky has certainly done—their constituencies, their pollsters, even their material circumstances.

There is nothing in the advice about measured, calibrated back and forth steps to get to a yes (i.e., “fair” negotiated outcome). President Biden’s measured, tit-for-tat strategy is reasonable in a small way, but very weak in a larger, more fundamental way. It means Putin is calling the shots, leading the dance. It can’t end anywhere outside Putin’s own perverted vision. We can’t negotiate to anything truly good with a leader like Putin. But as leadership research shows, it is bold moves—not diplomatic tit for tat—that opens up new possibilities.

What bold moves are possible (which is to say, nonnuclear)? Like the Park Service says, “use any available weapon.” First, every conceivable economic sanction should be launched immediately—no more phasing in. Politicians have made bold declarations about sanctions; buried in the fine print is their start date. All Russian banks should be severed from the SWIFT system; the current ban disconnects only “selected Russian banks” from SWIFT. All US payments to the United Nations should be stopped immediately, to be resumed only when the UN is reconstituted with Russia excluded from the Security Council for a period of 10 years. This would force global actors to show where they stand. Western leaders have been pleased with themselves for “uniting the world against Putin.” Except they haven’t. China, India, Indonesia, and Pakistan—four of the world’s five most-populous countries—are not following their lead. Europe could stop buying Russian oil and gas totally and the US could—at considerable expense and some risk—tap our strategic reserves to help them make such an abrupt transition. Much easier said than done, of course, but by no means impossible. Far more difficult things have been done by leaders. The United States and European countries should immediately repopulate their consulates in Kiev, with volunteer diplomats.

One thing the National Park Service is very clear about—don’t tell a charging bear that if it doesn’t lay off and start negotiating something it won’t like will happen, after a few more bad moves, a few months down the road.