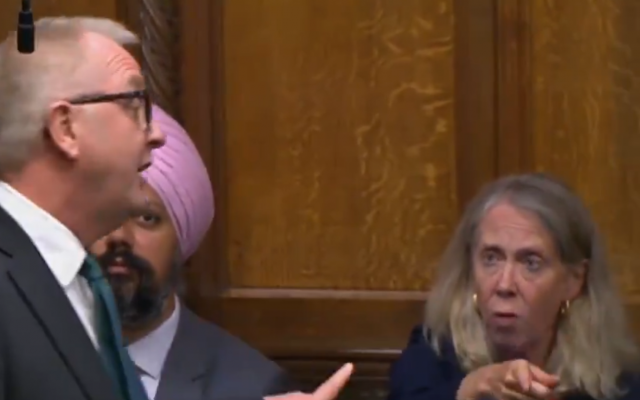 If you supported a Sikh MP calling out Boris Johnson’s “racism” but condemned ex-Labour MPs for calling out antisemitism in their former party, YOU are the problem.

The notion that Labour takes all racism – including antisemitism – seriously, is a mantra repeated time and again under Corbyn.

But when some racism is demonstrably taken more seriously than others, when antisemitism is dismissed outright, this world view rapidly falls apart.

This week, Sikh MP Tanmanjeet Singh Dhesi stood up in Parliament and hit out against the Prime Minister, Boris Johnson, over a column he wrote branding Muslim women in face-veils as ‘letter boxes’.

Dhesi asked if wearing religious items offers an open invitation “to make derogatory or divisive remarks about our appearance”. One would be hard-pressed to disagree with him, and following his dramatic speech, which led to rare applause in the Commons; activists and politicians, including Jeremy Corbyn, praised him.

If you have ever experienced racism or discrimination, you can appreciate full well the hurt and pain felt by Muslim women, who were singled out by this divisive Prime Minister. It’s high time he apologised for his derogatory and racist remarks! 1/2 pic.twitter.com/t6G56coA3U

Days later, Ivan Lewis MP, a Jew in a kippah, and Ian Austin MP, son of a Holocaust survivor, stood up in Parliament to criticise Corbyn’s handling of antisemitism.

They were loudly rudely mocked and dismissed by the same Labour MPs who loudly supported Dhesi.

Lewis, who quit Labour citing Jew-hate, told the Commons Corbyn’s “leadership has the led to the party of anti-racism and equality becoming the party of institutionalised antisemitism, so much so .. that the majority of Jews in this country feel they would not be safe in the event of him becoming Prime Minister.”

That remark was drowned out by boos and disapproval, while MP Liz McInnes could be heard telling him: “You’ve really let yourself down.”

Obviously she knows the views of the majority of British Jews better than him.

Austin gave a speech, saying he quit to “shine a spotlight on the disgrace it’s [Labour] become under his leadership because I regard myself as proper, decent, traditional Labour. Not like the extremists who have taken over this party and are dragging it into the mud”.

McInnes interrupted, saying “you’re not welcome here” and “why don’t you go and sit over there”, pointing to the Tory benches.

The problem in Labour is clear cut for many in the community.

There is a double standard when it comes to fighting antisemitism, compared to all other forms of racism. Labour insists it is the torchbearer for anti-racism, yet its MPs routinely indulge in nonchalant dismissal of Jew-hate as a political tactic.

When Tan Desi stood up to rightly call out Islamophobia, he was praised. When Ivan Lewis and Ian Austin stood up to call out Jew hate, they were shamefully ridiculed. Corbyn’s Labour cannot have it both ways.