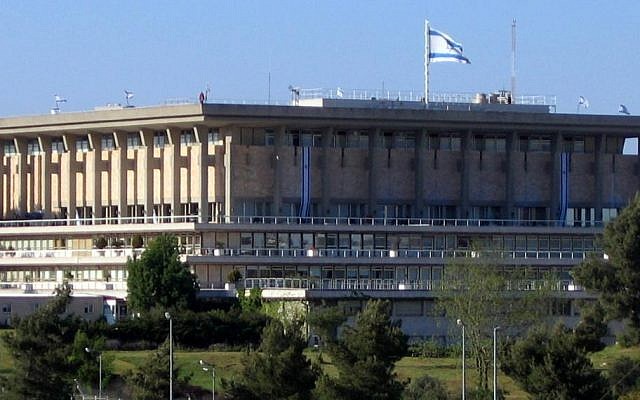 In Rabbis, when it comes to elections, just say…nothing, Dr. Shuki Friedman argues that rabbis should not endorse candidates in Israeli elections. Aside from the fact that it is undemocratic to urge a specific group of people to stifle their speech, especially in matters of communal discourse and concern, there is an elephant in the room which Dr. Friedman seems to disregard.

Countless major public issues – the hot issues of the day – often impact religious values and sometimes even religious practice. This reality is magnified exponentially when it comes to the State of Israel, in which the role of religion looms quite large and is at the center of so many fundamental issues of public debate. Israeli governments have risen and fallen based on these fundamental issues, and some Israeli political parties’ chief mandates revolve around the promotion and preservation of religious interests. Yeshiva students serving in the army, the “Western Wall Compromise” plan, public business, construction projects and the operation of transit systems on the Sabbath, conversion standards, personal status, marriage, divorce, and even “land for peace” deals all encompass religious considerations in a very paramount way, with each party’s position on these and other issues that relate to religion being of critical import. For someone to beseech and urge rabbis, or anyone else for that matter, to stay out and be quiet is unreasonable and is an offense to the system.

Local elections very much relate to religious concerns – malls and restaurants being open on the Sabbath, intracity transportation running on the Sabbath, as well as various municipal religious standards and much more hinge on the religious character and commitment of each city’s elected officials. And even when the entire enterprise has no relationship to religion, all members of a democratic society should be encouraged and certainly have every right to voice their opinions!

Dr. Friedman does not approach this discussion as a dispassionate observer who is trying to assist by providing some objective advice. He is an insider who has previously sought for the Chief Rabbinate’s authority to be curbed in the areas of conversion and kosher certification. In fact, Dr. Friedman is a former board member of Ne’emani Torah Va’Avodah, a liberal organization attempting to soften the role of religious authority in Israeli society.

Dr. Friedman states that when rabbis “meddle in politics”, they may end up supporting a candidate who turns out to be corrupt. This has occurred on previous occasions, and it is always an ugly and highly unfortunate situation, but it should not deter rabbis from exercising their right to free speech and to express their opinions on pivotal public issues, even if these issues do not impact religious life.

There is one final consideration – the electorate itself. Torah-observant Jews commonly seek rabbinic guidance on issues in the public discourse which touch upon religious values. Insisting that rabbis muzzle themselves when it comes to elections would often result in depriving people of the rabbinic guidance that they expect, and would prevent rabbis from fulfilling their obligations to their adherents.

Rabbis, when it comes to elections, your voices are welcome, as are the voices of every member of society.