Dodge City, Kansas, December 23 – A shootout occurred today in a tavern after opponents in a game of high-stakes dreidel accused one another of cheating, local sources reported today.

Four players engaged in a traditional Hanukkah game at Spinner’s Saloon began shooting this afternoon when a member of the group questioned another’s integrity. The others returned both fire and the accusation, sparking a brawl that left multiple patrons injured and caused extensive damage to the establishment. None of the players themselves suffered injuries, as the target of the initial fusillade upturned the table in time to block the bullet.

The sheriff has so far declined to identify the four suspects in custody, but eyewitnesses and townspeople expressed certainty that the four are well-known figures in the Kansas-Oklahoma dreidel-gambling circuit.

“I heard Topsy – that’s his name, see – call the other feller ‘A cheatin’ yeller,’ and no respectable player is going to take that sitting down,” said Gloria Upp, the proprietress of the neighboring laundry, known to locals affectionately as Auntie Upp. “Then Dervish, the feller he accused, made to draw his gun, and the whole place just blew up in fightin.'” 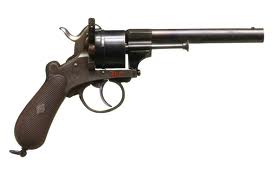 Al Ness, a partner in the dry goods store across the street, said at least two rounds hit his establishment. Neither he nor his partner Latke Gadol was present at the time the fracas broke out, as their niece usually minds the store at that hour. In that role, saleswoman at Ness-Gadol Haya Schaum was the first to alert the sheriff to the fight. He showed up within ten minutes with a team of deputies and put an end to the hullabaloo.

In addition to Topsy and Dervish, locals identified the other suspects as named Tork and Clay. All four have run afoul of the law on multiple occasions, they report, and are constantly rotating in and out of jail cells west of St. Louis.

The episode recalled a case several years ago in which the authorities in Houston were summoned to a Passover Seder when participants resorted to fisticuffs in a disagreement over who had rightfully stolen the Afikoman.