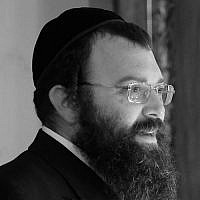 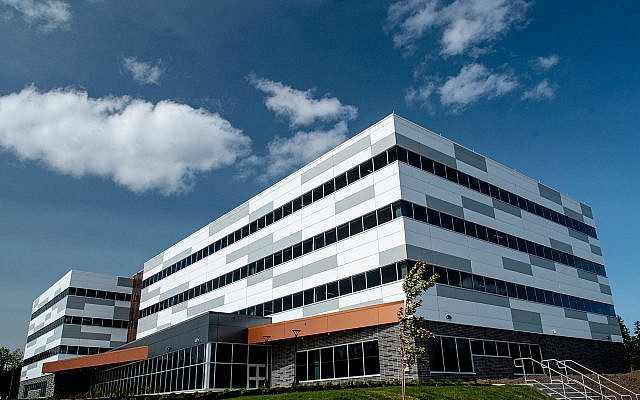 Selecting an international site is a challenge for many Israeli companies.  What are the advantages and disadvantages of each location? How does a business manage the site selection process? What special considerations should Israeli companies be aware of? How have global sites looked at successful Israeli sites for ideas? To understand the process and factors involved, I turned to John Boyd.

John Boyd, Jr., is  Principal of The Boyd Company, Inc., of Princeton, NJ. Founded in 1975 on Princeton’s historic Nassau Street, Boyd is one of the nation’s most trusted and well-known corporate site selection firms.

What are the prevailing site selection economic development themes?

The acronym our firm uses to describe the typical site selection process is TALIO™. T is for Talent (companies are only as good as their people). A is for Access (access to the global marketplace). L is for Lifestyle (successful cities must provide attractive lifestyle amenities). I is for Incentives (incentives are contentious today among the public and lawmakers – however, we describe them as a “necessary evil,” especially for higher-cost markets). O is for Operating Costs (operating costs vary significantly by geography, and today, improving the bottom line is much easier on the  cost side of the ledger than the revenue side).

We see today’s prevailing site selection and development themes including the massive migration of businesses, wealth and people from high tax states like New York and California to lower-tax states like Florida, Texas and Nevada. Another central theme is the rise of the remote workforce and a “people first” approach to economic development. We live in a time of unprecedented mobility for both companies and people – it’s a rapidly changing and exciting time in the site selection and development business. 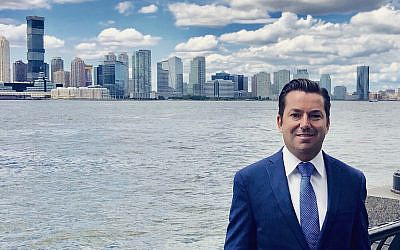 What are ESG and Social Impact?

A recent survey shows that 98 percent of institutional investors say a company with a solid social impact score makes for a more attractive investment. Moreover, most of the coveted millennial workforce (today’s largest employee group) consider a company’s social and environmental commitments when deciding where to work.

So, a company prioritizing social impact helps to enhance its market value and its abilities to recruit and retain the best employees. We see cities around the nation and around the globe incorporating social impact and ESG opportunities into their promotion narratives to attract new corporate investment and jobs.

This is an issue that our site selection firm is especially close to. In 2018, during the Amazon HQ 2  search, our firm was recruited by Ray Chambers, the philanthropist, humanitarian and the World Health Organization’s Ambassador for Global Strategy to assist his home city of Newark, NJ, make its case to Amazon. We then set out to  position Newark as the city offering the greatest opportunity for Amazon to demonstrate social impact of all U.S. and Canadian metro areas that competed for HQ2 given Newark’s diversity, depressed neighborhoods and high poverty rate.  Newark surprised many pundits and emerged as one of the finalists for the Amazon project.

Life sciences, cybersecurity, and aerospace are booming industries.  What should companies in these sectors look for?  What should they avoid?

Life science is indeed booming today. The COVID-19 pandemic has spotlighted the vulnerabilities of having critical pharmaceuticals and medical devices produced offshore in Asia. We are now seeing unprecedented interest in re-shoring and near-shoring pharma production. The I-40 Corridor, e.g., connecting the Research Triangle to the Triad Region in North Carolina, is on the radar screen like never before.

In New York City, developers are optimistic that life sciences will play a significant role in a post covid economic recovery. The Hudson Research Center in Midtown West is expanding its footprint there and is another excellent example of this re-purposing wave.

Data security is another significant growth industry today as virtually all sectors of our economy have a cybersecurity dimension, including finance, healthcare, energy and supply chain.

Our site selection firm has been very active in Canada over the years.   Fredericton, New Brunswick, Canada, is home to the Canadian Institute for Cybersecurity,  The University of New Brunswick and major cybersecurity operations of IBM and Siemens. As a result, the provincial capital city is emerging as a leading North American hub for cybersecurity research and development.

Another primary site selection driver for data security is the availability of low-cost and green-friendly power to run secure, energy-hungry data centers.  Cities in the Columbia River Valley in central Washington State like Quincy are popular data center locations. Quincy – with a population of only 6,000 – houses major data center facilities of Microsoft, Dell, Yahoo, Vantage and Sabey.

Aerospace and defense is a highly coveted industry for cities and states in the U.S.     It accounts for 14 percent of our country’s manufacturing workforce or about 2.6 million people before the pandemic and its highly skilled workers are well compensated.  The average salary in the aerospace industry is over 40 percent higher than the national average. The A&D industry is also a major exporter, accounting for about 10 percent of all US exports. Five states account for well over half of these exports:  Washington, California, Connecticut, Texas and Florida.

According to our client Boeing, more than 900 airplanes today are over 25 years old. By the mid-2020s, more than 500 airplanes a year will reach 25 years of age – double the current rate – fueling a major retirement wave.  Pandemic aside, over 40 percent of needed new airplanes will be required just to cover replacement alone.

In the U.S, lower cost and less regulated states in the Sunbelt have become centers of gravity for new aerospace industry manufacturing.  Some examples include Airbus in Alabama and Boeing and Lockheed Martin in South Carolina, Northrop Grumman in Phoenix and Pratt & Whitney –  a longtime client of ours is currently constructing its newest $650 million manufacturing plant in Asheville, North Carolina.

Of course, operating costs also play a major role in aerospace projects- a new BizCosts.com Report of ours shows how much aerospace manufacturing costs vary around the globe: from a high of $58.2 million annually in Seattle, WA to $44.8 in Huntsville, AL and $23.7 in Sao Paulo, Brazil for a typical 500-worker production plant.

What cities have been especially successful in attracting Israeli investment and Foreign Direct Investment?  How do they do it?

Concerning Israeli companies wishing to gain market share here in the States, a brick and mortar presence in America is a very good first step to accomplish that.  Initially, the Israeli company may first open a sales office, followed by a distribution facility and then a manufacturing facility. States from coast to coast are seeking the kind of high tech investment and quality jobs that Israeli firms are noted for delivering.

Tulsa is a good example of a forward-thinking second-tier market that has leveraged trends like remote working and the exodus away from high tax high-cost states to attract new IT industry, including from Israel. Israeli drone startups Percepto and SeeTree are two examples. Tulsa recently created a new program, Tulsa Remote, to help Israeli startups enter the US market and manage a remote workforce.

In New Jersey, Governor Phil Murphy, the former Ambassador to Germany, has wisely recognized opportunities to target foreign investment given New Jersey’s unique access to the global marketplace and highly skilled workforce. The New Jersey Israel Commission is another tool the Garden State utilizes to reach out and connect with Israeli firms.

Florida is another state that is aggressively courting Israeli investment. Israeli pharmaceutical giant Teva has a long history in Florida, one of the first U.S. states where it set up operations. A leading spokesman and booster for new corporate investment in South Florida is Bal Harbour Mayor Gabriel Groisman, who also serves on the Executive Committee of the National Board of the Friends of the Israel Defense Forces.  Florida has a large and influential Jewish population and maintains strong ties to Israel. Florida last year debuted its new “Florida Stands with Israel “ license plate.

Another thought here – the historic peace agreement between Israel and the UAE will not only be a significant catalyst for new commerce between Israel and Gulf Nations.  It will also create new FDI development opportunities here in the U.S. for cities like Miami, Las Vegas, and Los Angeles which have forged especially strong real estate development relationships with UAE and other Gulf State investors. 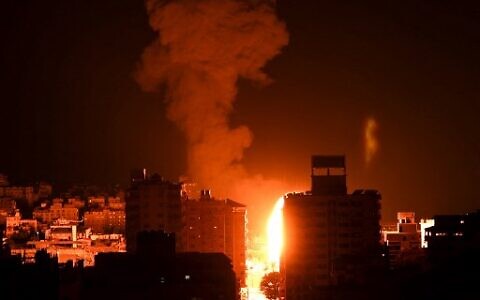 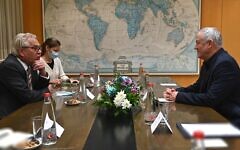 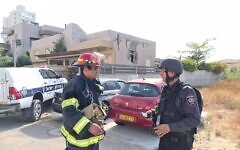 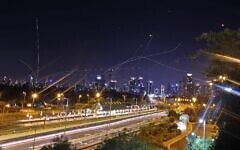 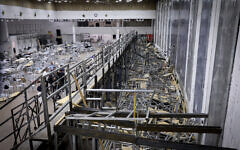