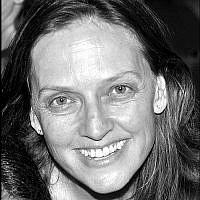 The Blogs
Miriam Schler
Apply for a Blog
Advertisement
Please note that the posts on The Blogs are contributed by third parties. The opinions, facts and any media content in them are presented solely by the authors, and neither The Times of Israel nor its partners assume any responsibility for them. Please contact us in case of abuse. In case of abuse,
Report this post. 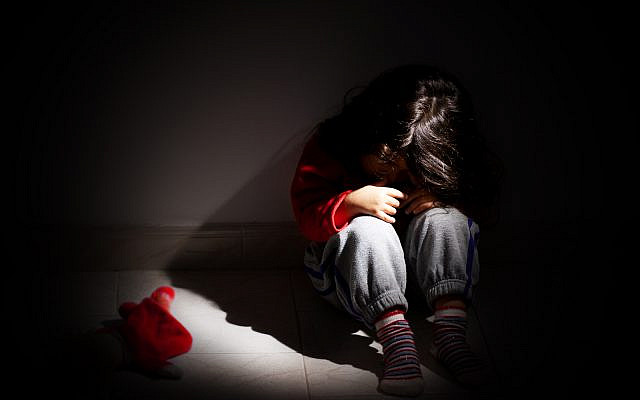 Eden stood in the spotlight in front of more than a thousand people at a Tel Aviv Sexual Assault Crisis Center fundraiser and shared her story.

It is a story of exploitation, of betrayal and of tragedy.

It is a story of anger, of pain and of self-harm.

It is a story of a 5-year-old girl who experienced horrific sexual abuse that would haunt her for life. “No one saw how I laid there quietly alone with his heavy body on my body, his heavy hands touching my body. No one knew how afraid I was. Alone. And I didn’t know the words to tell.”

It is a story of a teenager re-victimized by her doctor who sexually assaulted her during a vulnerable moment of illness.

It is the story of a young woman whose downward spiral into complex trauma rendered her ‘untreatable’ by the health systems that were meant to heal her but lacked the ability and the will to manage her outbursts and self harm.

Her words echoed throughout the packed auditorium:

“Many times, she calls me out of me, I hear her voice calling my name, Eden: A little girl is sitting in a dark corner, her small legs are folded into her stomach, her tiny head is on her knees and she is hugging her body. During the day she cries quietly so no one can hear her and at night she screams loudly and asks me to hug her. So small and so hated.

“All my life, I wanted her to die, to disappear from this world, so that I could finally breathe. When she was crying I would ignore her tears, the innocent glittering tears falling down her cheeks and wetting my face.”

It is a story of resilience, of strength and of an indomitable will to continue living despite the emotional agony that threatened to destroy her. Eden described a night when she was heading toward suicide and found a healing voice in Orly, a member of the Crisis hotline team:

“I was shaking and my throat was choked up from crying. But Orly knew how to calm me down and listen to the sound of my silence as well. I felt I was not alone. She whispered to me ‘Take a deep breath, let’s breathe together. Then we’ll stop and exhale.’ That’s how it started — breathing back into life.”

Despite the self-hatred and self-blame that rose in the wake of her perpetrators’ abuse, Eden is not only surviving today, she is thriving.

In contrast to the years when she could hardly function, when she cut herself off from intimate relationships and felt unable to connect with others or advance in her life goals, today Eden has a loving partner and children, and is achieving her professional dreams:

“Today I love that little girl, I love me. The feelings do come back to me sometimes. [But] the moments of death shorten. The moments of life lengthen. I return to being a loving, joyful, healthy and stronger mother.”

When Eden was referred to the Tel Aviv Sexual Assault Crisis Center, she had hit bottom. She had been ejected from treatment program after treatment program. She was so physically and emotionally ill that she could not function. She had tried to kill herself yet again.

She was offered no magic solution. What she got was validation and support, a safe space to contend with the personal hell she had endured. Eden credits the team at the Tel Aviv Sexual Assault Crisis Center with literally saving her life.

“I wish I had known you were here many years ago,” she said. “I wish the world knew that you are here from childhood onward, for children, women and men.”

Eden’s journey spurred her to stand on stage and reveal the secret of her childhood sexual abuse and teenage sexual assault — secrets she had once guarded so carefully. “Today, after decades of denial and repression,” said Eden, “after carrying this wound quietly alone; after hiding my shattered soul from those around me, from my family. I can stand here and say — this little girl — she is me.”

Eden bared her soul because she knows that so many survivors are unaware there is support available. She believes her story has the potential to help others seek treatment, and that it can spark support for an organization that she is deeply devoted to.

Hers is a story of hope, of healing and ultimately of joy and reclaiming her life. As Eden added in her final public remarks:

“One more small thank you, to the little girl inside me…I can see her smiling now.”

December 20th and 21st is your opportunity to ensure that survivors like Eden receive the support that they need and deserve. Our annual bazaar, “Mitlabshot Al Ze,” features more than 40,000 heavily discounted, high-quality women’s, men’s and children’s clothing, wedding dresses, accessories and household items donated by more than 700 of Israel’s top designer labels. All proceeds go to the Tel Aviv Sexual Assault Crisis Center.