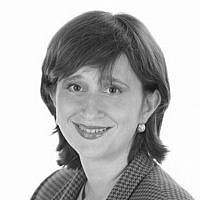 The Blogs
Yael Levy
Apply for a Blog
Advertisement
Please note that the posts on The Blogs are contributed by third parties. The opinions, facts and any media content in them are presented solely by the authors, and neither The Times of Israel nor its partners assume any responsibility for them. Please contact us in case of abuse. In case of abuse,
Report this post.

When young adult guests of Birthright stage a walk-off and seek public donations to fund their potential legal battle with the organization—it is time to think about how to better educate American Jewish youth.

There is no reason for a young American to doubt Hamas propaganda: Major T.V. networks and many newspapers have expressed their knee-jerk reaction to believe any lies and many distorted half-truths about the “Occupation.”  Is this the spiritual bastard-child of thousands of years of blood-libels, murders, pogroms, blind hatred and djimmitude perpetuated against the Jewish people for millennium? Hard to say. But there exists ample evidence that while anti-Semitism has become politically incorrect in the West, it is most definitely in vogue to single out and bash Israel for any perceived failing, and a “moral” position to be anti-Zionist.

Given this toxic stream of endless criticism against Israel, young people in colleges and universities are often exposed to social gatherings which can make Jews who love Israel feel threatened. My own daughter, who had been president of her Hillel, was told by representatives from Students for the Justice of Palestine that if she would not cancel a pro-Israel event, they couldn’t promise that they wouldn’t react in violence. The numbers of people in groups that can bully or harm Jewish students on campus are staggering, and many universities kowtow to this reality instead of procuring ample security for Jewish students to engage in learning about Israel and express their free speech for their birthright. Additionally, formal education may also embrace a pro-Hamas narrative and downplay the historical Jewish ties to Israel while relegating Judaism to the parts toward which professors may have an unwitting bias: the binary perception of the bad Jew as a Judas-like traitor and good Jew as a martyr. This can lead to interpreting the Holocaust as a positive expression of the ultimate Jewish sacrifice, while simultaneously bashing Jews who do not feel guilt about wielding power. Again, while these thoughts can be completely subconscious, these archetypes have their place in other religions—not Judaism. Israelis really, really have no interest in being martyrs—our rallying call is “Never again!” And we differ from American Jews in that we are willing to organize and fight for that right. We are willing to kill for that right if we must—and sometimes we do.

Is Israel perfect? Of course not. There are difficult situations and casualties that arise from the process of building and maintaining a sovereign state, and murky issues and heart-breaking situations that Israel is trying to work-though, but it is all part of a process that allows for the right to self-preservation and determination, to live and to be free.

Although it isn’t the role of Birthright (which is doing such a wonderful service,) it would be great if Birthright or other organizations could compile a specific tour for students who are seeking to truly understand the history, wars, politics, legalities, current facts on the ground and future goals of Israel. They should invite Hamas to speak as well, and then explain Israel’s position. They should have interactions with Israeli youth their own ages who, instead of being invited to another country for a free vacation, delay their college experience and professional lives by three years as they actively serve to protect their country. They should meet with people who have lost loved ones through the conflict and be taken to Hebron, to see the army presence—and learn about what happened to the Jewish community that had lived there in 1929, when there was no army yet to protect them. They should meet with Israeli Arabs that are integrated into Israeli society and are pro-Israel—as well as people who seek its destruction. And given bibliographies of what to read for further study.

These children are asking for an education. It behooves us to assist them. After all, as people of the book—education is our birthright.

About the Author
Yael Levy holds a J.M. in Law & Religion from Emory University School of Law. She is the author of Brooklyn Love.
Related Topics
Related Posts
Comments