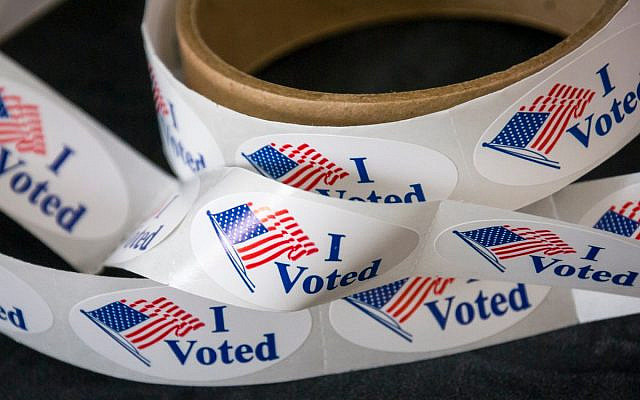 As final ballots are counted and tabulated after an election cycle where more than 30 congressional races were decided by less than 5 percentage point margins, one thing remains abundantly clear: the country – and our Congress – will remain highly divided and polarized along partisan lines, whatever the outcome of the upcoming Senate runoff elections.  It is equally clear that building bipartisan consensus will be the best way to advance any issue in the next four years and beyond.

Thankfully, the U.S.-Israel relationship continues to enjoy strong and deep bipartisan support in the newly elected 117th Congress.  While it is true that a few new members of Congress may hold anti-Israel views, the good news is that many strong champions of our alliance won their elections on both sides of the aisle on November 3.

In fact, with a few races still to be called, over 90 percent of Pro-Israel America’s endorsed candidates have already been declared Election Day winners, including more than three-fourths of its “key races” in the most competitive districts and states this cycle.

While these elected members of Congress may hold divergent views on many other policy matters, they all understand the importance of robust economic, scientific, and military cooperation between the United States and Israel.

Our strong economic ties, spanning multiple sectors ranging from IT and cybersecurity to energy and pharmaceuticals, have maintained both countries’ economic competitiveness on the world stage. Our scientific collaboration has led to novel innovations tackling both water and food security challenges posed by global issues of climate change and population growth. Our defense and military cooperation strengthens America’s security while promoting peace in the region by acting as an effective counterweight against radical forces in the Middle East.

That’s why Congressman Michael McCaul, the top Republican on the House Foreign Affairs Committee, has helped pass bipartisan legislation in support of Israel’s security and has publicly affirmed the importance of bipartisan support on foreign policy issues like the U.S.-Israel relationship.

That’s why Democratic Congresswoman Elaine Luria worked to pass legislation in committee to thwart Hezbollah and protect Israel, is leading efforts to pass bipartisan legislation that will expand collaboration between the U.S. and Israel to address PTSD, and supported the bipartisan Expanding Medical Partnerships with Israel to Lessen Dependence on China Act, a three-year cooperative grant program that would enable increased scientific partnerships between the two countries.

That’s why Democratic Senator Chris Coons and Republican Senators Jim Risch and Susan Collins came together to cosponsor the bipartisan Israel Anti-Boycott Act, the Combating BDS Act of 2017 and the United States-Israel Security Assistance Authorization Act of 2018.  Despite their differences, these House and Senate leaders understand that regardless of who sits in the White House or which party may control the House or Senate, only strong bipartisan support for the U.S.-Israel relationship can ensure a safer and more secure future for both countries.

Earlier this week, the U.N. Atomic Agency announced that Iran’s enriched uranium stockpile is 12 times higher than the amount that would have been permitted under then Iran nuclear deal – a baseline that many in Israel thought was too high to begin with. A nuclear Iran is a serious threat to both America and Israel. Our alliance in confronting this news is more critical than ever – for both parties. As we move forward, it is critical that Democrats and Republicans remain united in recognition of the strategic importance of the U.S.-Israel alliance.

We need to work together to find solutions to global challenges.  Only continued strong bipartisan support in Congress for the U.S.-Israel relationship will lead us onto the path toward peace, security, and economic growth in the Middle East and beyond.