Many Members of the Knesset (MKs) are from the Tel Aviv area, while about 3 in 8 Israelis live in and around Tel Aviv. Should electoral laws require representation from the rest of the country? 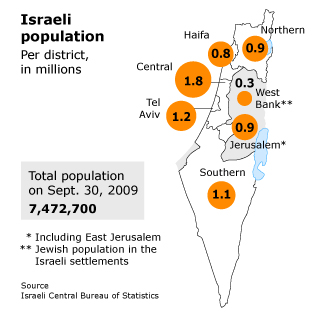 This article continues my series on electoral reform. For some time the notion of regional elections has arisen when discussing electoral reform in Israel. Americans are particularly fond of geographic single member electoral districts; called mandates in parliamentary parlance. The idea is unpopular in Israel. A vast majority of the Knesset lives in and around Tel Aviv, while this area makes up slightly less than half of the population. Is there a way that Israel could achieve greater geographic dispersion without mandates?

Some have suggested a form of regional or at large electoral district. Japan has used such electoral districts for many years. This system strongly favored the ruling LDP party and is credited with assisting that party in remaining in power for most of Japan’s post-occupation period. If such a system were adopted in Israel it would certainly benefit Likud and Zionist Union (ZU- Labor). So obvious a power grab would never be tolerated by the medium or smaller sized parties. Since the largest parties lack the combined majority necessary to enact such a reform, it is unlikely to happen.

One means of achieving greater geographic dispersion would be through the use of party lists. There are two possible approaches: informally  through voluntary party efforts; and formally through legislation. When it comes to informal reform, parties could spread their candidates out over the country by their own initiative. Informal reform would require no statute or amendment to the Basic Law, Israel’s semi-constitution. Such a voluntary change would then become a selling point for that party: Party A chooses MKs from around the country whereas other parties don’t.

Another path is through formal reform, that is by act of the Knesset. Suppose Israel were divided into a number of electoral regions and each party had to nominate one person from each region for the top spots on their party list before they could repeat a region? How many regions, how to draw them, and how many rotations to require could be a matter of some flexibility.

If one were to divide Israel into five approximately equal electoral districts there would be about 1.6 million people per district. Tel Aviv and some of its immediate suburbs would be one such district. South of Tel Aviv from Ashdod over to Jerusalem would likely be a second equal district. Southern Israel including Ashkelon, Beer-Sheva, Eilat, the Negev, and the Israeli residents of Yehudah would be a third. The Sharon up to Haifa would easily be a fourth. The residents of the Shomron and north would be the fifth.

Under this scheme, numbers 1 through 5 on every party list would include one resident of each district before any district could be repeated. How many rotations through the districts to be required is also a question. If each party had to undergo two repetitions before the regional dispersion requirement was lifted then there would be two party members from each region before the party could nominate candidates according to their own preference.

There are currently four parties in the Knesset with more than ten seats meaning at least eight representatives per region from them alone, then with other, smaller parties there would be between 12 to 15 MKs for each region. Joint lists, like that of the Arab parties, are made up of many smaller parties and each of these parties would need to go a rotation themselves but the list itself would not have to account for such regional seats.

Given the raised electoral threshold, parties must earn at least four seats to serve in the Knesset, if a party clears the threshold that party will probably have five seats. Thus, about 52 MKs, just shy of half of the Knesset’s 120 seats, would be from outside Tel Aviv. The remaining seats would be open to the parties to fill according to their own rules. While many of the remaining candidates might be from Tel Aviv, not all will be. As a result, greater geographic dispersion of MKs would be achieved.

The same scheme can be implemented with as many as seven or eight or as few as three equal electoral regions. The number of required rotations is also another factor. With three regions, Tel Aviv, Jerusalem and the South, and the Sharon and the North, parties could be required to go three rotations through the regions. Whereas with seven or eight regions parties could only be expected to go one rotation. Parties need to have some flexibility, after all, in the formation of their party lists.

Electoral quotas have their drawbacks, however. Suppose a small party has two great candidates in Tel Aviv and several less sensational candidates in other regions? They may not be able to count on earning enough seats to have a full rotation plus one more seat. Suppose a party is concerned with the needs of a particular region? The communities in the Shomron and Yehudah, for example, or of those communities that surround the Gaza Strip; such parties might have difficulty recruiting candidates from other regions.

Regional quotas also fail to address the questions of gender, race, or national origin. If parties want to increase the presence of female, Ethiopian, or Russian immigrant candidates these kinds of quotas would make that all the more a challenge. Although, mandates would make such diversity nigh impossible.

Generally, it would be best for parties to work geographic dispersion into their party lists by means of their own party rules. If one party accomplishes this end and others do not, then voters will be given a clear reason to choose one party over the others where geography is their concern.

While many Israelis lament the lack of general geographic diversity, it is of far less priority to most than ideological and social concerns. Whether it is the peace process, the economy, or social issues, Israelis still hold these concerns paramount over local or geographic concerns.

Flexibility is the primary advantage of Israel’s electoral system. Reducing flexibility will not resolve problems, but will only incur still more difficulties. I assert that parties should seek greater geographic diversity through their own voluntary means.