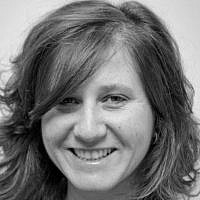 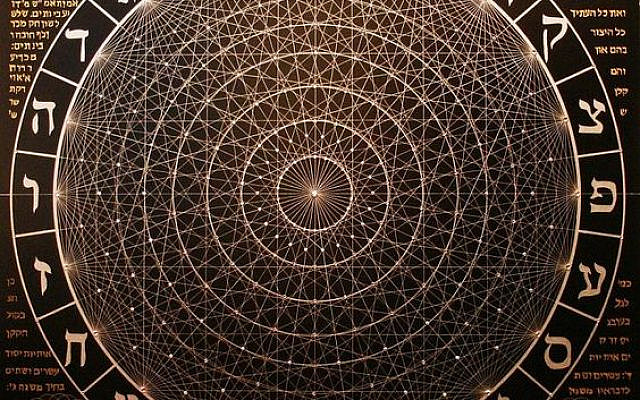 This file is licensed under the Creative Commons Attribution-Share Alike 4. https://commons.wikimedia.org/wiki/File:Four_World.png0 International license.

A couple of years ago, while standing in a swimming pool at a festival named Shabliss, I had a long conversation with someone who had had a mystical experience. (People who have had unusual experiences often choose to share them with me, I find).

She was, on the face of it, an ordinary person, living a suburban life in Israel with her husband and children. Yet something had been bubbling under the surface for many years, the feeling that there had to be more to life. She started meditating, and one day, she suddenly saw the world in an earth-shatteringly different way, as if a veil had been removed from her eyes and she was seeing the truth for the first time. Her life changed: she gained a greater sense of well-being along with the ability not to sweat the small stuff. She also began to carry out her true life’s work from then on, and went on to share her experiences in a book.[1]

She is not the first person to have had such experiences. The Torah and Talmud contain many revelations of divinity given to humans. A maidservant at the parting of the Red Sea “saw more than the prophet Ezekiel” (Mechilta). But where does this leave those of us not awarded such experiences?

“I Am to My Beloved”

We are now in the month of Elul, a month-long build up to Rosh Hashanah, when we crown God as King, followed eight days later by Yom Kippur, the holy Day of Atonement. This gives us a 40-day period altogether for reflection, connection, and cleansing. They parallel the 40 days in which Moses went up Mount Sinai for the third time, to ask for forgiveness and receive the second set of tablets.

Jewish tradition holds a view that the four letters of the month of Elul are an acronym for a phrase from the Song of Songs (6:3) Ani LeDodi VeDodi Li – “I am to my beloved and my beloved is to me.” This encapsulates how the Jewish New Year differs from the Western New Year. The work we are doing during this month is not only to change bad habits and build new ones. That is certainly part of the cleansing and atonement aspect; the primary work, however, is to repair our relationship with God, and particularly, our love of God.

Of course, Rosh Hashanah is awe-inspiring and we are to feel fear of heaven too. But the build-up needs to be through love.

So I was wondering: if the initial letters of Ani LeDodi VeDodi Li spell Elul, what do the final letters of this phrase spell? What we have is simply four times the letter yud.

What meaning could four yuds hold?

Firstly, the gematriya, numerical value, of four yuds is 40. Here we have the 40-day period from Rosh Hodesh Elul through Yom Kippur. But yud is also the first letter of God’s four-letter name YHVH. The Kabbalah speaks of four worlds, and the letter yud corresponds to the world of atzilut, emanation – the highest one, a world of infinity. So symbolically here we have the infinity of the yud, manifesting in all the four worlds including our finite one.

It seems that the message is that “Everything is God.” Ein od milvado, there is none but God.

But this is not something simple to grasp (probably impossible, in fact). There is a process involved.

We begin Elul in the world of separation, Ani LeDodi VeDodi Li. Here reference is made to both “I” and “My Beloved”. They are not one but two, separate and trying to come together. The Song of Songs shows us just how hard this reunion is for them. It is hard for us, too, to move towards unifying with God.

Yet we work in the course of those 40 days towards the final letters of the phrase Ani LeDodi VeDodi Li, the four yuds. The end goal to achieve by Yom Kippur is to try, with our very limited minds, to grasp the reality that everything is actually God.

Additionally, we are given the vehicle of saying the 13 Attributes of Mercy, representing God’s relationship with the Israelites (“Whenever Israel sins, let them recite the 13 Attributes in its proper order and I will forgive them”). This formula begins with God’s name repeated twice, which is often written in the siddur as yud yud, yud yud. So we have the four yuds once again. Whenever we chant the 13 Attributes, which we do often and particularly on the High Holy Days, we get to take a shortcut into the reality of the four yuds.

It is the rare individual who is vouchsafed a mystical glimpse into reality from the God’s-eye view, where all is one. But, in Elul, the rest of us are at least given a road map to head in that direction. And that is a lot.

About the Author
Yael Unterman is a Jerusalem-based international author, lecturer, Bibliodrama facilitator and life coach. Her first book "Nehama Leibowitz, Teacher and Bible Scholar" was a finalist in the 2009 National Jewish Book Awards . Her second book, a collection of fictional stories, "The Hidden of Things: Twelve Stories of Love & Longing", was a finalist for the USA Best Book Awards. Contact Yael if you would like to participate in Bibliodrama sessions on Zoom. www.yaelunterman.com
Related Topics
Related Posts 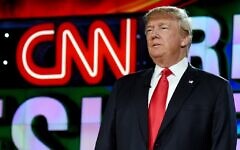