The ancient Silk Roads crossed Eurasia to link trade between China and its Greco-Roman trading partners until the Ottoman Empire cut it off in the 1400s. With the newly revived One Belt, One Road (OBOR) Initiatives under Chinese President Xi Jinping, will it meet the same fate as Turkey’s President Erdogan asserts his Neo-Ottoman ambitions in the greater Middle East?

China hopes it won’t. On Dec. 17, DHL Global Forwarding, a leading provider of air, sea and road freight services in Europe and Asia, inaugurated its China-Turkey intermodal corridor as part of the One Belt, One Road initiative.

The Lianyungang-Istanbul corridor takes around 14 days to transit Kazakhstan, Azerbaijan, and Georgia as well as the Caspian and Black Seas, with the option for immediate freight forwarding by truck to any Turkish city.

The rail corridor is expected to generate US$2.5 trillion in annual trade within the next ten years, and was recently expanded to connect Taiwan with Europe via China, thereby linking the Pacific Ocean with the Atlantic Ocean through the Eurasian continent.

Steve Huang, CEO of DHL Global Forwarding China, said: “Turkey already counts China as its second-largest source of imports, and the EU as its largest export market… new corridors like the Lianyungang-Istanbul link will only further boost Turkey’s strategic importance and associated economic development as a conduit for trade between China and Europe.”

However, challenges remain. Foremost is how China and Turkey can cooperate in the Middle East segment of China’s OBOR, especially as Turkey is also taking a more robust military posture to protect its energy interests.

After winning the November election, Erdogan has taken a more aggressive posture to realize his dream of reviving the Ottoman Empire both domestically by pushing for a presidential system and internationally by deploying Turkish troops abroad. 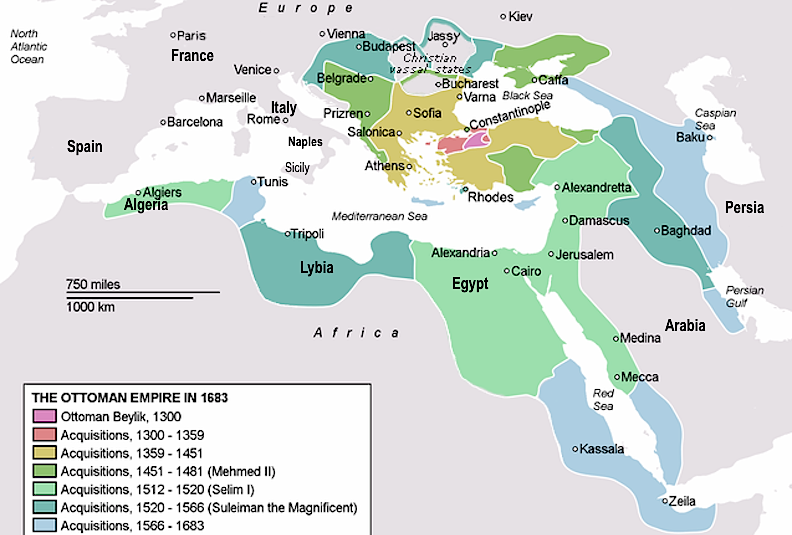 Qatar. In December, Turkey announced it is establishing a new military base in natural gas-rich Qatar with an initial 3,000 troops stationed at the base, including air and naval units, military trainers and special operations forces.

In an interview with Reuters, Turkey’s ambassador to Qatar Ahmet Demirok said, “Today we are not building a new alliance but rather rediscovering historic and brotherly ties”, referring to the Muslim Ottoman Empire which stretched from eastern Europe to the Arab Gulf.

Iraq. At the same time, Hurriyet Daily announced Turkey would also set up a permanent military base in Iraq when Ankara sent around 200 soldiers accompanied by 20-25 tanks to Bashiqa near oil-rich Mosul, following a deal with the Kurdistan Regional Government (KRG) on 4 November. After Iraq protested against Turkey’s invasion at the UN, Turkey is now moving its troops around, some to inside Kurdistan while it is not yet clear where other troops would move to.

Syria. In north Syria, Turkey has deployed troops and the Turkmen Sultan Murat Brigade, which according to pro-AKP paper Yeni Safak, will consolidate various Turkmen brigades and other armed groups into the United Turkmen Army to control Aleppo and Bayirbucak by Latakia. Aleppo is where the proposed Qatar-Turkey natural gas pipeline would traverse Syria unto Turkey and the lucrative EU energy market.

Greece. Turkey and Greece continue to have territorial disputes in the Aegean Sea, with Turkey violating Greek airspace 2,244 times in 2014. Open military conflict almost broke out when in 1996 a Greek Mirage 2000 shot down a Turkish F-16 and in 2006 a Greek and Turkish F-16 collided, resulting in the death of the Greek pilot.

According to Politico, in its weakened state, Greece is hardly a threat to Turkey, but the exponential jump of over 2,000 airspace violations in one year may be to exploit Greece’s disastrous finances that “encouraged Turkey to tease its long-time foe (and NATO ally) a bit more than usual, as every Hellenic Air Force scramble costs Greece precious euros.”

“In the case of air incursions, you have to react,” said Thanos Dokos from the Hellenic Foundation for European and Foreign Policy. “It’s very hard to unilaterally pull back from a situation of military aggression. It’s a tragic situation, because the money we’re spending on dogfights with Turkey is money that we could have spent on other areas of defense.”

In the Middle East, Syria is where China and Turkey have divergent interests, with Ankara desiring a pliable Islamist regime to replace Assad while Beijing prefers a secular regime that won’t export Salafi extremism to China’s Muslim population. As such, whether Erdogan would show sensitivity toward and make compromises with Eurasian states of China, Russia and India that are receiving blowback from his current Syrian policy of backing Salafi-jihadists, is key to eventual Eurasian integration via the Silk Roads.

Can Erdogan and Xi’s dreams co-exist on Silk Road?

In his 2010 book on the China Dream, retired PLA Colonel Liu Mingfu discussed how China’s dream is not automatically America’s nightmare. Translated into English in 2015, Colonel Liu discussed how a rising China should not be seen through a zero-sum lens as a US “enemy” or “antagonist”, but rather as a “competitor” for market shares in a multipolar world order. This applies especially in the Pacific.

Similarly, Turkey and China’s dreams may not necessarily be each other’s nightmares. On the multipolar Eurasia continent, China, Turkey, Russia, Iran and India are natural competitors. However, Beijing has deepened ties and economic integration with other Eurasian states via the Shanghai Cooperation Organization (SCO), while Turkey is reaching out to central Asia and the Caucasus via TAKM to forge a new Turkic military force.

TAKM (first letters of the member-states) was established in February 2013 and includes Turkey, Azerbaijan, Kazakhstan and Mongolia, with Uzbekistan, Afghanistan and Georgia expressing interest in what some tout as Turkey’s version of NATO or CSTO.

Given China’s SCO is already cooperating with Russia’s Eurasia Union/CSTO for regional stability, whether Erdogan would coordinate with China, Russia, India and Iran or maintain the current hostile posture driven by his anti-Assad obsession remains to be seen.

As Charles Kupchan, current NSC director for Europe in the Obama White House wrote in No One’s World: The West, The Rising Rest, and the Coming Global Turn (2012), with power shifting from the West to the rising rest, in this new order no country, region, or political model will dominate. Rather, regional blocs will coexist in a mosaic of “multiple modernities” rooted in distinct histories and political models.

It is in this “no one’s world” that Erdogan would need to decide whether Turkey could coexist as a pole in a multipolar world with other Eurasian powers, or seek dominance through his Army of Conquest in Syria and unto the former Ottoman territories. Putin, Xi and the next US president would also need to decide whether they could forge a modus vivendi with one another, as we enter an increasingly post-western and multi-polar new world order.