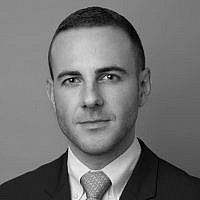 The Blogs
Benjamin Ryberg
Apply for a Blog
Advertisement
Please note that the posts on The Blogs are contributed by third parties. The opinions, facts and any media content in them are presented solely by the authors, and neither The Times of Israel nor its partners assume any responsibility for them. Please contact us in case of abuse. In case of abuse,
Report this post. 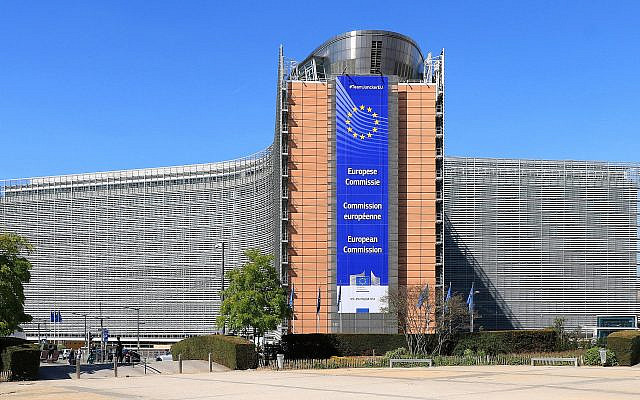 This past March, in a lawsuit concerning antisemitic harassment and discrimination in the workplace, the Court of Justice of the European Union (CJEU) ruled against the European External Action Service (EEAS) and in favor a Jewish attorney and 24-year veteran of the EU government (called “Eva” here for her own protection). Supported by The Lawfare Project — a New York City-based nonprofit that combats antisemitism via strategic legal action — this lawsuit was one of seven Eva brought against her former employer, all relating to the same targeted campaign against her during her tenure with the EEAS, which culminated in her termination. In this particular action, the Court ordered the EEAS to reimburse Eva for the significant salary payments that were improperly withheld from her, plus interest and attorney’s fees.

Now, more than four months later, the EEAS has not only failed to comply with the ruling and pay Eva what she is owed; it has now brazenly demanded that Eva repay the EEAS for additional salary she received and other work-related expenses incurred before she was fired. The timing of the demand is particularly peculiar, given that the expenses the EEAS seeks to recoup are more than two years old and have never been raised until now. Moreover, even if its demand was legitimate — and it plainly is not — the EEAS has no right to defy the CJEU and condition its court-ordered payment to Eva on reimbursement of any supposed debt.

If the EEAS continues to disobey the CJEU, additional action will be taken to enforce the judgment. Additionally, Éric Boigelot — Eva’s lawyer, who is currently representing her in a related lawsuit challenging her wrongful termination — will introduce the EEAS’s recent move as further evidence of the agency’s pattern of unlawful and obstructive behavior towards Eva.

The EEAS’s maneuver is the latest in a bizarre series of hostile measures taken against Eva. In what has been called a “modern-day Dreyfus affair,” the EEAS’s crusade against her began with wholly unsubstantiated rumors that she was engaged in espionage for Israel — which brings to mind the antisemitic canard that Jews are dually loyal to their home countries and to Israel. Eva was unwavering in her pleas for an investigation into the rumors and the underlying antisemitism, but the EEAS instead embarked on a series of retaliatory steps against her, subjecting Eva to a highly invasive security investigation and disciplinary inquiry. These yielded no evidence of wrongdoing so the EEAS fabricated new accusations of misconduct, which Eva easily debunked. Nonetheless, the EEAS remained committed to its clear goal of driving Eva out. It withheld her salary and finally dismissed her — all for the sole crime of asking that workplace antisemitism be taken seriously.

Eva has repeatedly sought assistance from the highest levels of the EU government. Her requests were ignored until very recently when Fulvio Martusciello, an Italian politician and member of the European Parliament, formally acknowledged the antisemitic harassment and called upon Josep Borrell — the High Representative of the Union for Foreign Affairs and Security Policy, as well as the Vice-President of the European Commission — to address Eva’s situation. Mr. Borrell is ultimately responsible for the activities of the EEAS and is well-positioned to intervene on Eva’s behalf.

Just a few weeks ago, European Commission President Ursula von der Leyen visited Israel to foster increased energy cooperation. During a speech, she highlighted the rise in antisemitism in Europe, stating that she had “put the fight against anti-Semitism and fostering Jewish life in Europe at the core of the European Commission’s agenda.”

Acknowledgment of the problem is appreciated, but words alone are inadequate. The utter failure of European leadership to confront the harassment and discrimination Eva has faced, within one of the EU’s own agencies, is unacceptable. If the EEAS’s reprehensible behavior is tolerated by those in positions of authority, how are we to believe that safeguarding Jews is indeed a priority?

Mr. Borrell and Ms. von der Leyen, the time is now to treat Eva’s case with the gravity it deserves — and to show the world that the Commission not only recognizes the existence of Jew-hatred, but is also committed to defeating it.

About the Author
Benjamin Ryberg, a New York City-based attorney, serves as Chief Operating Officer and Director of Research at The Lawfare Project, a nonprofit organization dedicated to enforcing and protecting the civil and human rights of the Jewish people via strategic legal action.
Related Topics
Related Posts