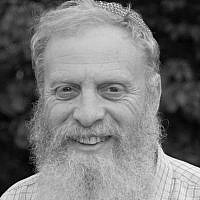 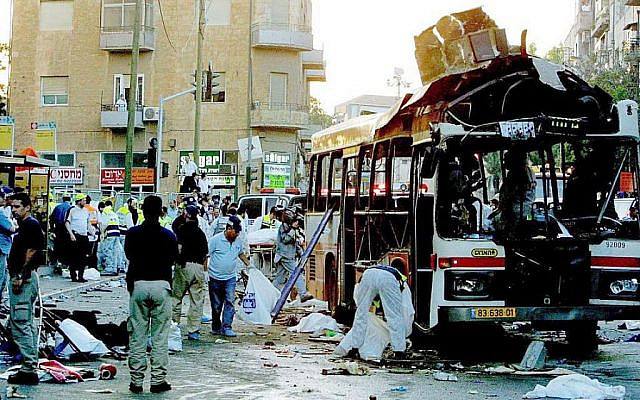 The hypocrisy of the European Union’s support for an “investigation” into Israeli  “war crimes” by the International Criminal Court is breathtaking! This is especially so in light of Europe’s history.

Under Roman rule, hundreds of thousands of rebels and people marked as enemies of the Roman Empire were executed. The cruel Roman method of execution was crucifixion. Thousands of Jews were crucified by the Romans, many of them have committed no crime nor even spoken out against the government. One of them, who was Jewish from every perspective, was known as “the Jew from Nazareth.” Malicious gossip circulated that he was agitating and provoking rebellion against the government, but the culprit in his crucifixion was the cruel Roman government that occupied the Land of Israel.

Jews who identified with the newly created Christian sect accused their Jewish political and religious opponents of being responsible for their leader’s crucifixion.

A generation later, after the Christian sect seceded from the Jewish religion, its members were still persecuted by the Roman authorities. A few centuries later, the Roman emperors accepted Christianity and it became the official religion of the Roman Empire. All other Roman crucifixion crimes were forgotten, and the Roman Christian Church blamed the Jews of that generation for the murder of a single Jew with whom they disagreed. Of all the crucifixions carried out by the cruel Roman rulers, the only crucifixion remembered for generations was that of the Jew from Nazareth. And this was so only because the Christian Romans turned the event into an instrument of persecution against the Jews who refused to believe that he was the Messiah.

For fifteen centuries masses of Jews were executed by the Christian authorities throughout Europe (mostly by burning at the stake) because of that crucifixion — a crucifixion for which the Romans were guilty, as they were in all other cases of crucifixion.

After thousands of years of criminal persecution — and only 12 years after the establishment of a Jewish state in the Land of Israel — even the Christian Church in Rome recognized that generations of Jewish people were not guilty of crucifying the Jew from Nazareth (see Nostra aetate, Par. 4). The Church even agreed that the Jewish interpretations of the prophecies of the Bible are “legitimate.” Who will share this information with the masses of Jews who were executed throughout the history of the Roman Empire and ecclesiastical Christianity in Europe?!

No European body will investigate these crimes, not even for the sake of historical justice.

After the destruction of the Kingdom of Judea and Jerusalem, the historic Land of Israel was ruled by conquering empires — Roman and Byzantine, Muslim caliphates and emissaries of European Christianity, up to the time of the Mamluks and Ottomans. Only in 1920, following World War I, with the collapse of four empires across Europe and the Middle East, was the right of the Jewish people to re-establish a “Jewish National Home” in the Land of Israel recognized by the League of Nations.

Criminal and terrorist organizations, led and inspired by the Mufti of Jerusalem, immediately launched a murderous war of terror against the Jewish National Home and against the return of Jews to Zion. They even made official contact with Nazi Germany, offering official support and encouragement for extermination programs against the Jews. The Mufti remains a figure of reverence and admiration in the eyes of the Palestinians to this day, and his official meetings with Nazi murderers do not upset them in any way.

These crimes will not be investigated by any European or international entity.

The day after the United Nations decision to establish two states — a Jewish state and an Arab state — in western Israel, Palestinian terrorism began with a terrorist attack against a civilian bus traveling from Rosh HaAyin to Jerusalem. Since that day, terrorist crimes have continued against civilians not because of any “occupation” but because of the terrorists’ refusal to recognize the right of the Jewish people as a sovereign nation in the land of their ancestors. No Palestinian leader — even those opposed to terrorism — has ever agreed to recognize the right of the Jewish people to a Jewish state in their own land. The “occupation” that Palestinians talk about did not begin in 1967. From their perspective, it began with the Balfour Declaration, or, at the latest, in 1948.

Whenever I meet with Israeli Arabs or Palestinians, I always ask, “When did the occupation begin?” Everyone I speak with has answered: “1917” or “1948” (at the latest). I would then ask if any Palestinian thought that “the occupation began in 1967. The answer is always clear and unequivocal: “No one”.

Palestinian representatives and their supporters excuse the war crimes of Palestinian terrorism as legal responses to “crimes of occupation”, but no European or international body will investigate when the “occupation” began, nor the legality of terrorist crimes committed in the name of denying Israel the right to exist as a Jewish State.

A brutal civil war is being waged in Syria in which more than a million civilians have been killed. All international bodies know about it and even report about it from time to time, but no European body is working (and probably will never work) to prosecute the Syrian president nor the Syrian ministers and officers responsible for the most shocking crimes in the Middle East in recent years.

Iran openly threatens to “erase Tel Aviv” and to destroy the “Zionist entity.” It builds missiles and develops pro-Iranian forces in Syria and Lebanon as a threat to the very existence of the State of Israel as a Jewish state.

Europe has signed a nuclear deal with Iran that gives Iran a free hand to operate beyond its borders by any means possible, to seize power, and to “erase the Zionist entity.” No European body threatens to investigate Iranian war crimes — its takeover of territory in other countries, whose purpose is not to assist them, but to threaten the State of Israel, a fellow member of the United Nations.

Even the Europeans agree that Hamas is a terrorist organization. Hamas’ takeover of Gaza is, therefore, an obvious war crime and has caused thousands of deaths in Gaza, both in the internal conflicts and in the attacks that the organization initiated and continues to initiate against Israel from time to time. Fewer Palestinians were killed during the years of Israeli rule in Gaza than have been killed since the Hamas takeover. No European body is threatening to investigate the takeover itself and its consequences. Only occasionally are there discussions of an investigation into specific events, as if Hamas’ rule in Gaza is legal.

Hamas is supported by Iran, Qatar, and Turkey. No European body threatens to investigate the responsibility of these countries for Hamas’ war crimes in Gaza.

Loyal to the antisemitic “tradition” of Christian Europe, which culminated in the crimes of the Third Reich and Communist regimes, today European “liberals” seek the “guilt of the crucified” precisely among the Jews in Israel defending themselves against terrorist crimes. In doing so they actively help criminal organizations and oppose the organization that fights against them — the Israel Defense Forces.

It would be a good idea for Israel to inform the European Union that if such an “investigation” is actually initiated, all activists working for European organizations will be deported from Israel. Furthermore, Israeli citizens speaking out against their country in Europe should be informed that their citizenship may be revoked. If the United Nations supports such an “investigation,” the UN headquarters, its forces and operatives should also be expelled, and UN bases expropriated and used to support humanitarian activity in the Middle East organized by the State of Israel.

About the Author
Dr. Rabbi Yoel bin Nun is one of the founders of Yeshivat Har Etzion. He received his rabbinic training at Yeshiva Merkaz HaRav and his Ph.D. from Hebrew University. In 1986, he established Michlelet Yaakov Herzog for training Jewish Studies teachers, especially in Bible instruction. Between 2000-2006 he served as the Rosh Ha-Yeshiva of Yeshivat HaKibbutz HaDati in Ein Tzurim.
Related Topics
Related Posts
Comments