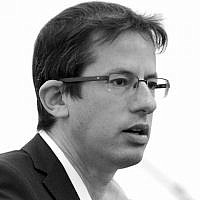 The Blogs
Hagai El-Ad
Apply for a Blog
Advertisement
Please note that the posts on The Blogs are contributed by third parties. The opinions, facts and any media content in them are presented solely by the authors, and neither The Times of Israel nor its partners assume any responsibility for them. Please contact us in case of abuse. In case of abuse,
Report this post. 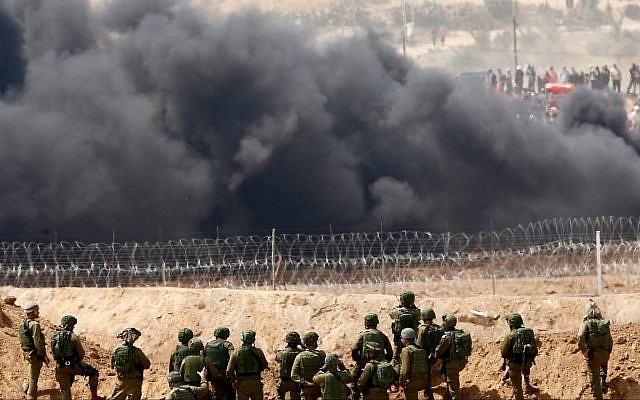 
It is often said that the “shared values of human rights and democracy” are at the basis of the strong relationship between our countries. For that to be true, those values must actually be realized — both here and in Israel.

My country rules over some 5 million Palestinian non-citizens. For 50 years, Palestinians have lived under our occupation with no political rights. Israeli citizens like myself call the shots, because we — and we alone — are the voters, legislators, bureaucrats, prosecutors, judges and jailers who govern Palestinians’ freedom and future, not to mention numerous aspects of their daily lives. We decide whether a Palestinian can travel, build a home, cultivate land or even just exist in the population registry, to name a few examples.

This reality is not democratic and can never be commensurate with the realization of human rights. In fact, it is inherently unjust. For as Dr. Martin Luther King Jr. taught us, a law is unjust when “it is inflicted on a minority that… had no part in enacting or devising the law.”

Dr. King went further and spoke to our conscience, reminding us that “one has a moral responsibility to disobey unjust laws.” Can the American conscience rest easy, knowing that US foreign policy has helped sustain this injustice for decades?

In recent weeks, Israeli soldiers have used live gunfire against unarmed Palestinians demonstrating inside blockaded Gaza. Hundreds — probably more than a thousand — have been injured, scores killed. It is manifestly illegal to fire at unarmed people who pose no mortal danger. Yet this is what happened, while the whole world watched, on March 30 and on April 6. If Palestinian lives matter, we must speak out. Given the plans in Gaza to continue demonstrating every week through May 15, taking action today may save lives this Friday and beyond. I urge you to speak out — not only against the killings, but also against the myriad other ways in which the blockade has been rationing electricity, water, and life itself in Gaza, for 10 years and counting.

B’Tselem has repeatedly called on Israel’s leadership to change the rules of engagement and not send soldiers to the Gaza fence armed with unlawful commands. Yet while the primary responsibility lies with the prime minister and the defense minister, every soldier is duty-bound to disobey a manifestly illegal order. That is why we called on soldiers to abide by the law and refuse to open fire at unarmed Palestinian non-citizens demonstrating in Gaza.

In return, the defense minister accused us of working “with Israel-haters and international media.” The minister of internal security said we were stabbing Israelis in the back. Both called for a criminal investigation against B’Tselem on charges of “incitement to insubordination.”

Portray critics of your policies as traitors and demand that they be investigated — does that sound familiar? Am I talking about your government or mine? Perhaps our countries share certain values after all, just not in the way we had hoped.

As candidate, Trump praised Israel for “very successful” ethnic profiling; as president, Trump lauded Israel’s “wall” as a model for his plans for the US – Mexico border, adding: “All you have to do is ask Israel.” Prime Minister Netanyahu tweeted back, “President Trump is right,” yet my heart was heavy and ashamed: my country has been thus reduced to walls and ethnic profiling. I wish we were being celebrated for very, very different accomplishments.

After Charlottesville, President Trump said that “there is blame on both sides.” After the recent electoral gains of the ultra-nationalist “Alternative for Germany,” Prime Minister Netanyahu voiced concern over anti-Semitism “on the left and right.” One begins to suspect that there is more going on here than shared values of human wrongs and autocracy. A global realignment is emerging, ranging from Netanyahu to Trump, from Duterte to Orbán, from Erdoğan to Putin.

There are consequences to betraying Dr. King’s legacy. Failure in Palestine will not be limited to Gaza. Failure in Europe will not be limited to Hungary. Failure in the US will have — indeed, is already having — global consequences. All human beings were created in the image of God. That is the meaning of B’Tselem’s name in Hebrew: in the image. “Injustice anywhere is a threat to justice everywhere,” tells us Dr. King. The threat is clear, but so is the path forward. Only together can we bring an end to the occupation. Freedom in Palestine will resonate globally. Democracy in Hungary will have an impact beyond Europe.

The US can share walls and ethnic profiling with my country — or justice and human rights. This future — everywhere — is ours to make.

About the Author
Hagai El-Ad is Executive Director of B'Tselem, the Israeli Information Center for Human Rights in the Occupied Territories.
Related Topics
Related Posts
Comments