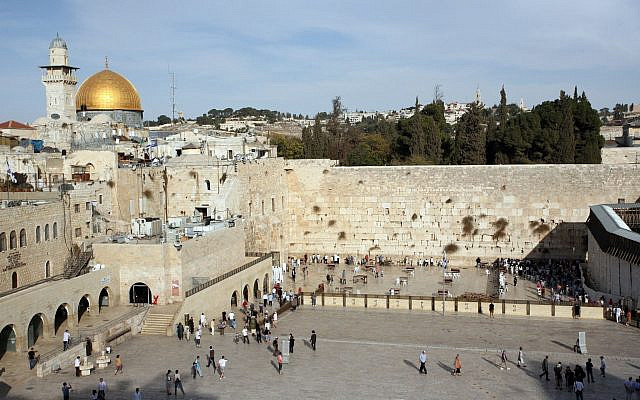 The legendary Jerusalem is the cradle of the three world religions – Judaism, Christianity and Islam! The eternal Peace on Earth will prevail when all nations on Earth live in their collective Soul and Spirit! Source of the photo: www.WordPress.com

The transformation of the earthly human culture into a celestial culture is another great Step on our Exodus to the New Cosmic cycle, inspired by the New Covenant! It is the key to the whole apocalyptic process of renewal of the Earth and humankind on it. The purpose of this Post is to outline some main archetypal ideas for establishment of the celestial culture on Earth. Obviously, these ideas have to develop into profound and constructive programmes for the transformation of the contemporary earthly culture. Rich material in this area is gathered by our collective spiritual work for more than thirty years.

In essence, each nation has a three-fold structure similar to that of the human being: body – soul – spirit. On the earthly, or material level, every nation develops its life by forming a socio-cultural organism which consists of various systems such as economic, political, cultural, religious, educational and so forth. These systems are very closely, organically interconnected and, altogether, form the ‘organism’ of the human society which, in order to develop and reproduce itself, enters into relationship with the socio-cultural organisms of other nations and with all kingdoms of life on Earth.

Every nation also has its National Soul which is like a bouquet of human virtues that the nation develops over centuries and expresses through religion, morality, the arts and science.  Each nation has a unique contribution to humankind’s treasury of virtues.  Together the nations comprise the essence of humanity in the Heart of G-d – that is, in the reality of the Universal Soul.

Furthermore, every nation has its Divine National Spirit who leads the nation and its destiny according to the Divine Plan.  The nation has a mission which it unfolds over the centuries of its development on Earth, and the National Spirit, an emanation from the Divine Spirit, is the inspirer of this mission.  The ‘kings of the earth‘ referred to by St. John in his Book of Revelation are the National Spirits who hold the keys to the spiritual wealth gathered by each nation along its historical path.  So, when the time comes for humankind to return to the Kingdom of God, its ‘kings’ will bring forth and manifest the spiritual wealth of the nations.

The process of transformation of the earthly culture into a heavenly one is similar to the blossoming of the human soul and the awakening of the higher Self.  (Please see the Post from November 13, which describes the ‘First and Second Resurrections’). Just as the human being first develops an ego-personality and self-consciousness within the human culture and later transcends this level of existence to enter into the higher worlds, so human society develops its earthly socio-cultural organism, and later it has to transform it in order to enter into the ring of cosmic-spiritual civilizations. Then human society ceases its absorption with itself, becomes an organic part of the heavenly civilizations, and starts to blossom in the reality of the Universal Soul and Spirit.  If we consider the Divine Mother as the personification of the Universal Soul and the Divine Father as the personification of the Universal Spirit, then it becomes clear that the activating force which determines the transformation of the earthly culture into a heavenly culture comes from the Divine Father/Mother of Creation.

The sprouting and blossoming of the socio-cultural organism in the celestial worlds is a metaphor for human culture reaching the realms of Heaven, i.e., the Divine source of impulses, projects and inspiration for its evolution on Earth. Every earthly culture has its projection in Heaven. I name this projection the celestial meta-culture of the nation which is the ideal Divine prototype of this culture.  The celestial meta-cultures of the nations are the realms to which the souls of the righteous people go after passing over in order to continue their work in Heaven and to prepare themselves for a new incarnation on Earth. The earthly culture and its celestial projection form one national entity which lives in two worlds. The transformation of the earthly culture into a heavenly one means the fusion of the earthly culture with its celestial prototype, resulting in dramatic change and transfiguration of the socio-cultural organism.  In principle, this process is quite similar to the process of the blossoming of the human soul that occurs when the human being reaches higher levels of existence and, as a result, completely transforms his or her earthly life.

Obviously, in order to blossom spiritually, the existing culture, which has developed on the basis of ‘cosmic illusion‘ (maya), has to be illuminated and transformed.  The substance of contemporary human culture is dense, thick and heavy because egoism, materialism, separation, division and narrow-mindedness are woven into its very fabric.  It has developed within the limited confines of such fundamental archetypes as ego-personality, self-consciousness, material life, and so on.  Almost all human relationships and socio-cultural structures, and subsequently the destinies of societies and nations, are functions of these archetypes.  This ego-based earthly culture has to be illuminated, spiritualized and transformed so that a new type of civilization can be established.

The new heavenly culture has to be founded on different archetypal structures such as the Soul, Higher Self, super-consciousness, spiritual life, organic society, harmonious relationships with the Earth and Nature, and so forth. The transformation of the earthly culture into a heavenly culture will affect all three levels of its functioning – the micro, the meso and the macro levels.  The micro-level is the level of the individual human being who is the smallest entity which makes up the socio-cultural organism.  The second, meso-level, is the socio-cultural organism of the nation itself which is comprised of various interconnected systems – economic, political, cultural, religious, educational and others.  The third, macro-level, is the spiritual cosmos which contains all human cultures – from the past, the present and the future.  Every culture is a part of the great Divine Plan for humankind’s evolution on Earth and has its own unique place and role.

On the basis of the linkage between the micro, meso and macro levels of human life, we can typologically model three main meta-historical epochs in the evolution of humankind on Earth.  We call these epochs meta-historical because each one of them comprises several historical epochs. The first meta-historical epoch is the Epoch of Syncretism between the individual human being, the society and the cosmos.  It corresponds to the first stages of the development of human cultures on Earth, traces of which can be found even today in so-called ‘primitive cultures’.  This epoch is characterized by an animistic and totemistic worldview, and it is based on the collective subconsciousness.

The second meta-historical epoch is the Epoch of Differentiation between the structures of the human being, the society and the cosmos and culminates in their complete crystallization. It corresponds to the period ranging from early human civilizations up to our time. It is characterized by the formation of society as a complex socio-cultural organism in constant development and the formation of the institution of the ego-personality with its individual structure. From a culturological point of view, the individual human being, society and the cosmos are totally differentiated ‘entities’ which even confront each other.  The second meta-historical period is the epoch of self-consciousness and the collective consciousness of humankind.

In the Epoch of Synthesis each wholeness – that is, the human being, the society and the spiritual cosmos – develops maximumly and enters into organic functional interconnections with the others.  For instance, the human being develops as a cosmic-spiritual person with a blossoming Soul and an awakened higher Divine Self. The human society, organized by living Souls, embraces the whole of humankind and forms an integrative socio-cultural organism on Earth.  In this organism, every nation, in great Divine harmony and mutual respect, expresses the richness of its National Soul and follows the celestial guidance of its National Spirit, thus contributing to the common spiritual treasury of humankind.  The Spiritual Cosmos reveals all the spiritual planes of its vertical structure and the various mansions in the Kingdom of God.

The three levels of reality – the wholeness of the human being, the society and the cosmos – develop and manifest themselves fully, in organic harmonious interconnections and mutual projections. Through this synthesis, humanity fulfils its mediatory mission between Heaven and Earth.  So, based on the key-idea of the full development of each wholeness and the organic synthesis between them, we can work for profound changes in contemporary human culture as it moves towards the new Heavenly-Jerusalem civilisation.

By ascending to the new higher cycle of evolution, humankind will fulfil its original Divine purpose envisaged by G-d from the beginning of time – going not through various painful historical epochs of earthly life, but from initiation to initiation in the celestial realms. This is why, in the Kingdom of God the enlightened humankind will appreciate completely and enjoy fully the fruit of the Tree of Life which grows on each side of the river springing from the Throne of God in the Heavenly Jerusalem as St. John saw:

The angel also showed me the river of the water of life, sparkling like crystal, and coming from the throne of God and of the Lamb and flowing down the middle of the city’s street.  On each side of the river was the Tree of Life, which bears fruit twelve times a year, once each month; and its leaves are for the healing of the nations.  (Revelation 22:1-2)

About the Author
Leon was born on August 15, 1941 in Sofia, Bulgaria. His family was victim of a Holocaust Ghetto. His father Issak Moscona became a distinguished author of many articles and books about the Sephardic culture. Leon is on a spiritual journey for more than 50 years. Achieving Enlightenment, he described it in more than twenty books, many articles, and more than 500 lectures in various countries in Europe and USA.
Related Topics
Related Posts