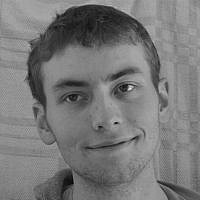 The Blogs
Olaf Sakkers
Apply for a Blog
Advertisement
Please note that the posts on The Blogs are contributed by third parties. The opinions, facts and any media content in them are presented solely by the authors, and neither The Times of Israel nor its partners assume any responsibility for them. Please contact us in case of abuse. In case of abuse,
Report this post.

In December 2014, the BBC conducted an undercover investigation of working conditions in factories in Apple’s supply chain. Here are some highlights:

Exhausted workers were filmed falling asleep on their 12-hour shifts at the Pegatron factories on the outskirts of Shanghai. One undercover reporter, working in a factory making parts for Apple computers, had to work 18 days in a row despite repeated requests for a day off. Another reporter, whose longest shift was 16 hours, said: “Every time I got back to the dormitories, I wouldn’t want to move. “Even if I was hungry I wouldn’t want to get up to eat. I just wanted to lie down and rest. I was unable to sleep at night because of the stress.”

The reaction to the investigation was swift and strong and many accused Apple of exploiting the very workers on which their success is built. Yet for anyone who has ever served in the IDF or heard stories from a soldier, these descriptions of factory workers are eerily familiar — they essentially describe what most young Israelis experience just after finishing high school.

Some of the strongest criticism directed at the conditions employees face at Apple supply companies such as Foxconn and Pegatron is that they are not fairly compensated for their labor. However, staggeringly, when compared to IDF salaries (even after significant recent IDF raises), workers at Pegatron and Foxconn still make more per month than IDF soldiers.

Specifically: Combat soldiers’ salaries increased dramatically this month from $282 to $423. Non-combat soldiers saw an increase from $205 to $308. However, $400 per month is what Foxconn workers were making back in 2012. These workers now make $402 per week, while Pegatron workers make about $620 per month.

And that’s before you factor in purchasing power: consumer prices are 58.6% higher in Israel than in China.

A second dimension to the Foxconn controversy has been a spate of suicides amongst its workers. In 2010, 14 Foxconn workers killed themselves sparking a domestic and international outcry. That’s within a workforce of over one million employees. Yet the situation in the IDF is worse: in 2010, 28 IDF soldiers killed themselves. Indeed, suicide is the primary cause of death amongst IDF soldiers. Not only is the IDF real number double, but the number of IDF soldiers is just 18% the total number of Foxconn employees (the IDF has 176,500 active personnel). That means that the IDF suicide rate is 10 times higher than that amongst Foxconn workers at the peak of the Foxconn suicide controversy (although both rates have improved since then).

It is true that the IDF performs an essential national service and that we want our young people to care about the state and to be a part of something greater than themselves. However, as I have written elsewhere, large swaths of the IDF are hugely inefficient precisely because soldiers are not fairly compensated. The brunt of the essential work the IDF does is performed by a small group of elite soldiers in elite units (8200, Talpiot, Kurs Tayis and the elite combat units) who go on to become the elite of Israeli society after completing their service. The majority of soldiers are much less essential, especially the most poorly compensated non-combat “jobnikim.” For these soldiers, many of whom spend their entire service sweeping leaves, making tea or filling out mindless paperwork, their service is meaningless and does nothing to prepare them for working life while denying them a meaningful income in the meantime. It is telling that the majority of IDF suicides are amongst this group of soldiers.

On the whole, making iPhones might not be such a bad deal.

About the Author
Olaf Sakkers is a graduate of Princeton University. He grew up in South Africa, but has also lived in Germany, Japan and the USA. He made aliyah after graduation in 2011 and after completing his IDF service in the Foreign Relations Branch, he now works for a venture fund investing in autonomous vehicle technologies.
Related Topics
Related Posts
Comments