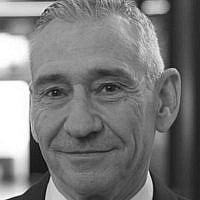 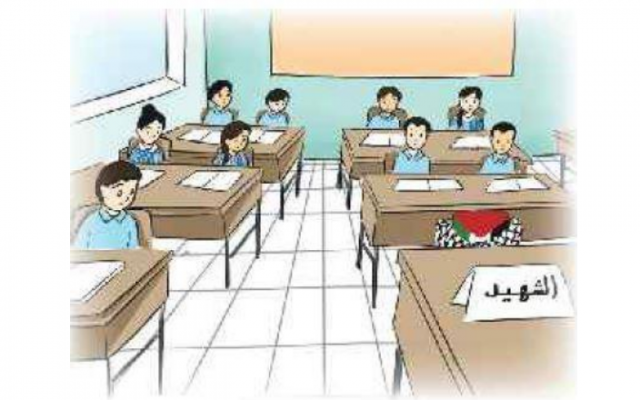 The Times of Israel’s Dov Lieber, scooped an extensive interview with Palestinian Minister Sabri Saidam in which the minister, in charge of revamping the PA education system, appears dead-set on maintaining the radical curriculum taught to Palestinian students in the West Bank, Gaza and East Jerusalem.

He and the PA are in danger of missing an historic opportunity to prepare Palestinian children for peace.

The current curriculum teaches children to become expendable martyrs, reject negotiations and embrace commitment to continuous war. This is not an accident. The curriculum studied by generations of young Palestinians is carefully crafted by the Palestinian Ministry of Education to lay out a national strategy which alternately combines violence with international pressure against Israel.

This new curriculum has been in the works for some time. Assurances were made that there will be significant improvements. But according to Saidam there is no room for standards of peace and tolerance in his proposed educational technology revolution.

If we needed any clue as to Saidam’s thinking, on his official Facebook page last Friday he posted, “May Allah have mercy on the Martyrs (Shahids) of Jerusalem and all of Palestine”, referencing the terrorists responsible for the murder of Hadas Malka in the Jerusalem terror attack that same day.

IMPACT-se’s latest 2017 Palestinian curriculum report found that the Palestinian Authority encourages martyrdom as a strategy in its school textbooks. It is no surprise that the Minister of Education himself promotes martyrdom.

We have fact-checked the claims made by Minister Saidam to the Times of Israel.

Minister Saidam is flat out wrong in his demand that Israel take “reciprocal action and teach about the Nakba”. Israeli textbooks acknowledge a Palestinian presence in Israel before 1948, the development of a national Palestinian identity and different aspects of the Palestinian narrative, rationale and experiences, including Palestinian suffering. 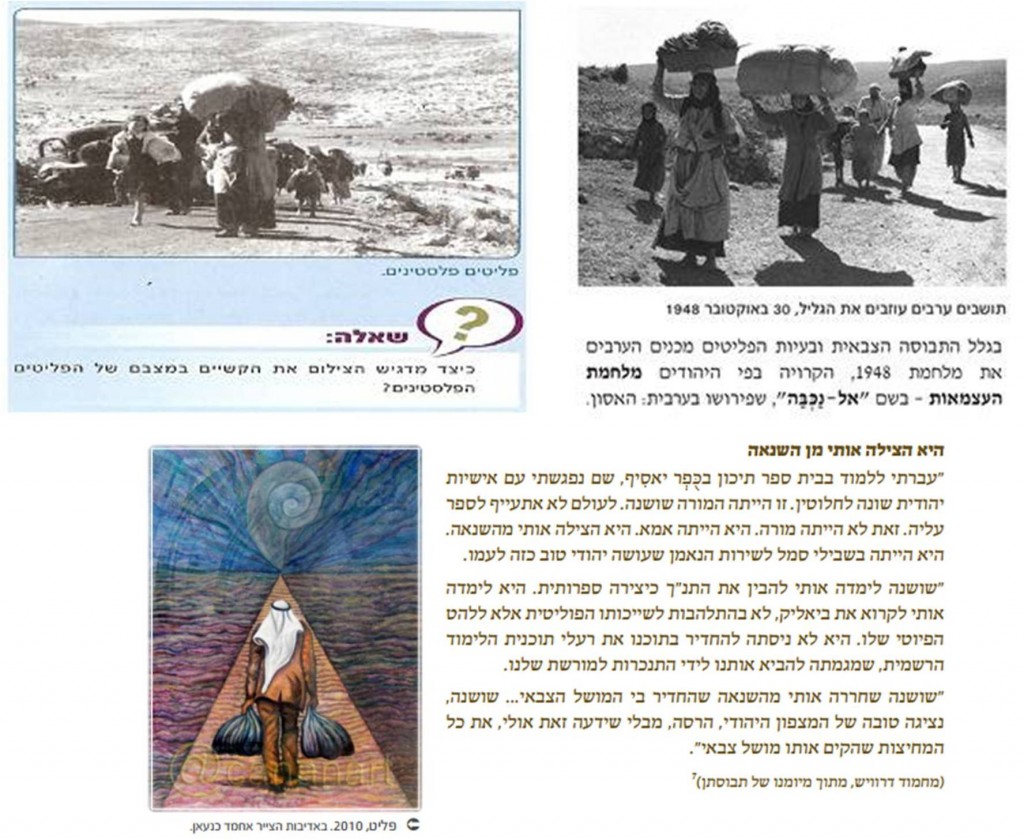 The above images intended to evoke emotional attachment to the plight of the Palestinians as suffering individuals from the approved 2016/2017 Israeli curriculum issued by the current Israel government. The images taken from (clockwise from the upper left): Nationality—Building a State in the Middle East, p. 107, (2009); Time Travel: Building a State in the Middle East, p. 126 (2009); Being Citizens in Israel in a Jewish and Democratic State, p. 466 (2016).

Will the new Palestinian curriculum take the reciprocal action he talks about?

Minister Saidam says that both Palestinians and Israelis honor those whom they view as their national heroes, no matter how the other side views them. “One’s man hero is another man’s terrorist,” he says.

He is being purposely misleading. He was asked about encouraging young children to become martyrs. Israeli textbooks do not call for child martyrdom. They identify peace as the ultimate goal, depicting it as highly desirable and achievable. War is considered a negative event, although at times necessary.

This from the current Israeli state curriculum:

And this below is from the current Palestinian curriculum taken from Arabic studies book: Our Beautiful Language, Grade 3, Volume 2, 2016–17, Page 64: 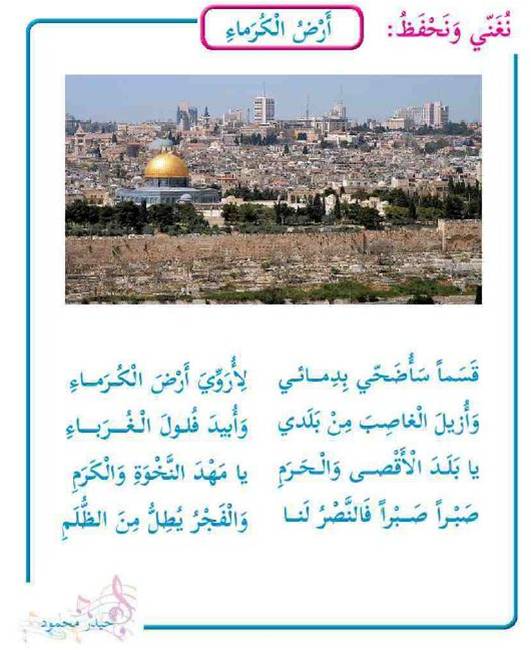 We Sing and Remember:

The Land of the Generous

I vow I shall sacrifice my blood, to saturate the land of the generous and will eliminate the usurper from my country, and will annihilate the remnants of the foreigners. Oh the land of Al-Aqsa and the Haram, oh cradle of chivalry and generosity Patient, be patient as victory is ours, dawn is emerging from the oppression.

We ask Minister Saidam to remove this hateful call to child martyrdom from the Palestinian curriculum.

Minister Saidam says that “I will only stick to the map that the Palestinians desire.” Asked why he could not adapt Palestinian maps to the internationally recognized borders of Israel, he responded with an oft-repeated canard: “According to what’s written in the Knesset, the land of Israel is from the Nile to the Euphrates. The [current] map of Israel does not reflect the final end of the aspirations of Israelis. The map is still fluid—there has not been any confirmation of where things will stand.”

In fact, maps in Israeli textbooks recognize the physical presence of Palestinians, including Palestinian cities. They mark Palestinian Authority territories, the “Green Line” and at times detail A, B and C territories. Palestinian cities and villages within and beyond the Green Line (e.g., Gaza, Jenin, Jericho) are clearly marked by name on the maps such as those taken from the new Israeli Civics book Being Citizens in Israel in a Jewish and Democratic State, Page 463; and from Israel in the Twenty-first Century, 2009, Page 17. 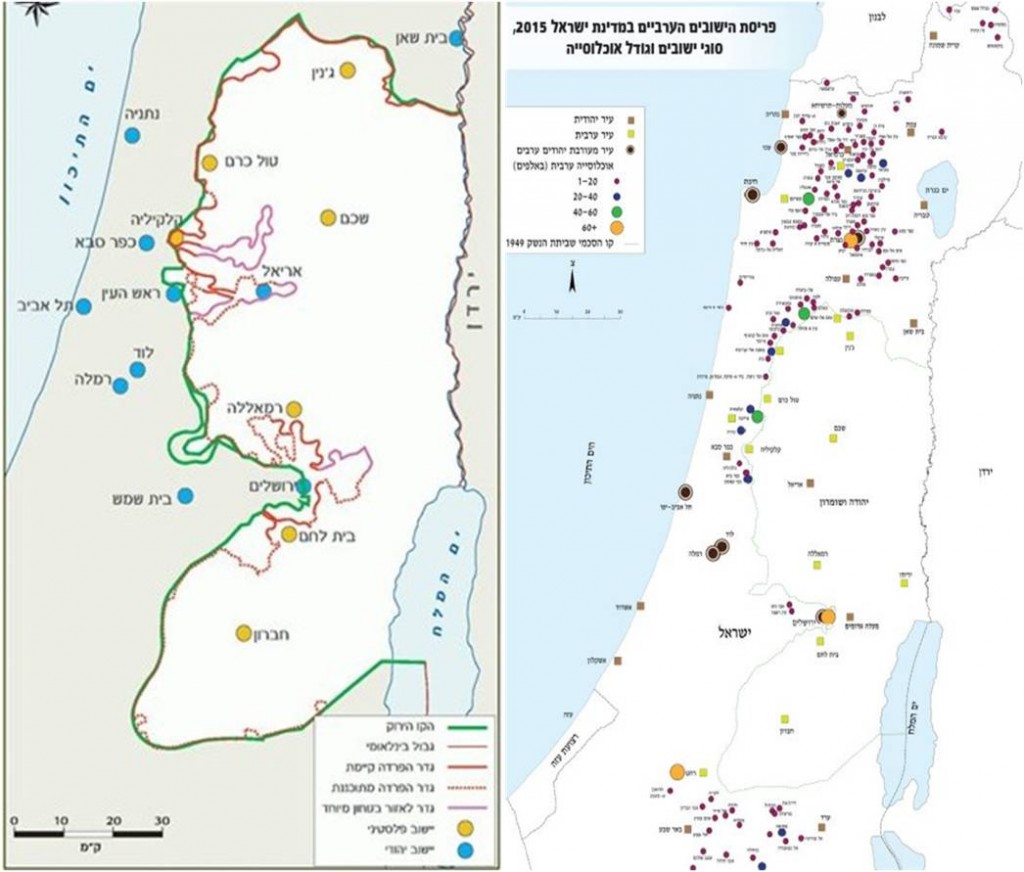 Said Saidam, “As education minister, it’s my responsibility to safeguard the Palestinian narrative. We cannot give our books to the Israelis to write.”

We agree. Minister Saidam has every right to safeguard a national Palestinian narrative, but one of peace and tolerance. Instead, he promotes Jihad such as in the poem “Palestine,” by Ali Mahmoud Taha, where violent jihad is justified:

“O brother, the oppressors have exceeded all bounds and jihad and sacrifice are necessary.” (Reading and Texts, Grade 8, Part 1, 2015, Page 44).

The Ministry of Education was handed to the Palestinian Authority after the Oslo Accords. It was expected to operate in the spirit of the Oslo Accords, support mutual recognition and the two-state solution that the PA claims it supports.

Instead, the Palestinian educational curriculum completely rejects negotiations, teaches hate and the establishment of a single Palestinian State achieved through a deliberate strategy that includes war and international resolutions.

The donor nations and particularly the European Joint Financing Arrangement countries who directly fund the Palestinian Ministry of Education can continue to be taken for a ride and keep paying the Education Ministry — or they can demand the changes that are desperately needed.

It is still not too late to make the necessary adjustments to the Palestinian curriculum for the first semester of the new school year in September. We call on Minister Saidam to make the changes and drive a true educational revolution for young Palestinians.