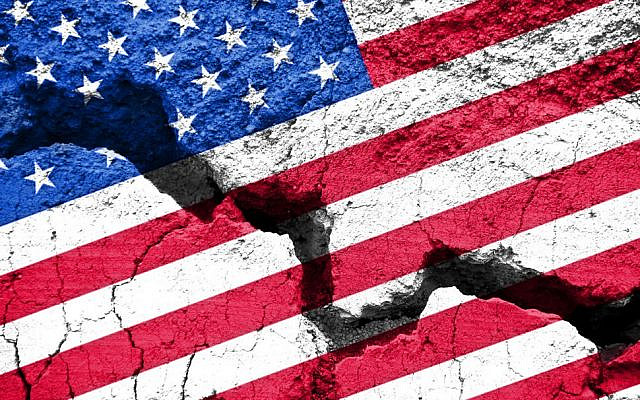 In the last day, I have just discovered that U.S Secretary of State Anthony Blinken has deleted a tweet saying that his country will ‘stand with the people of Hong Kong’, I have read that the U.S has admitted that its Kabul drone strike killed civilians, and France, still mad about the recent submarine deal, has just recalled its ambassadors to the United States and Australia – the first time in its history to do so.

Can you dream of a more tragic day for America and its reputation around the world? Even the most anti-American terrorist couldn’t write such fanfiction and yet the media is once again forgiving the unforgivable.

It’s the kind of news that would make people salivate from their mouths between the years of 2016-2020: a president that would abandon his own citizens overseas, attempt to rewrite history on social media, commit war crimes, and then witness the unabashed condemnation from governments overseas. Governments that, only a few months ago, said that the Biden presidency was a sign that “America is Back”.

Oh, how clearly they had wished for anything to stop the mean tweets from Biden’s predecessor. And how I wonder if they’re happy with what they got.

This month, I wrote about the Biden presidency and its shameful actions surrounding the departure from Afghanistan. I was not expecting to write an update on this tragic tale just so soon. I was not anticipating more backlash, additional incompetence, and further gaslighting – and yet here we are, in a situation that likely won’t be the last in the next three years.

I beg to ask Biden supports – or even anti-Trumpers – what it is that you supported in last year’s election and whether you’re happy with the scenes you’ve seen these last few months. Biden can shout and scream all he wants, but blaming his predecessor for Afghanistan, the rising inflation costs, the staggering Covid cases, and the exploding migrant crisis at the border are approaching their expiration date. As he told us while gifting the Taliban with U.S Military equipment, “the buck stops with me.”

The last few months have shown me both how people are run by fear and how much people yearn for the ordinary. For the last five years, the media and America’s politicians were telling the world how dangerous and corrupt the country’s government was when led by President Trump. And yet now that a D.C veteran is back in the White House, those screams have all but disappeared. Biden is, in their minds, a correction of the 2016 election largely seen as an attempt by Americans to depart from the establishment and have a president that finally stood for them.

It’s hard for the mainstream media to break away from this system that has granted them so much privilege. Much to their horror, we all recall the riots they defended last summer, we all saw the images coming out of D.C from protesters burning buildings to the ground, and we all remember them telling us to celebrate government insurrections against the Brett Kavanaugh appointment in 2018. The attacks to protect the establishment have always been here, and the double standards are louder than ever before.

America is in trouble. Its president is an absent, senile man that forgets where he is and what he is doing. Its media is biased in how it reports on his inept government. Its public is more divided than it has ever been, and can you blame them? The media and government have shown to be the most corrupt and fake institutions to ever operate in what they claim to be in the interests of the people.

When once asked where I saw the future of media, I said it rested on the people and not the publications. I imagined a world run largely on Substack subscriptions and podcast appearances, where the public would hop between different publications or channels to receive their news from trusted individuals who built a credible reputation not protected by a large organization that they could hide behind. Accountability would be the most important part of news since it would be independent and personal again. Reputations would rest and ride on the fact that people take responsibility for their words and actions concerning different insights about the world. Why else are you reading me?