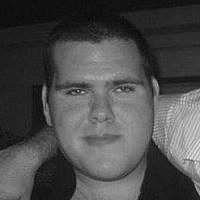 Following four months of violent riots and attacks by Hamas in the Gaza border and hundreds of incendiary/arson kites that burned down close to 10,000 acres of fields and lands in southern Israel the situation escalated this weekend.

During the weekly riots in the border, an IDF officer was injured by hand grandes thrown by Hamas terrorists. This attack prompted an IDF retaliation between 1 to 2 AM. Hamas, who seems to adopt a new tactic and policy decided to fire rockets following every IDF strikes. About 10 minutes after the IDF retaliation Hamas and their partners in the Islamic Jihad started firing rockets to Israel. And since the night between Friday and Saturday until writing this lines the escalation continues, and about 200 rockets were fired from Gaza to Israel. 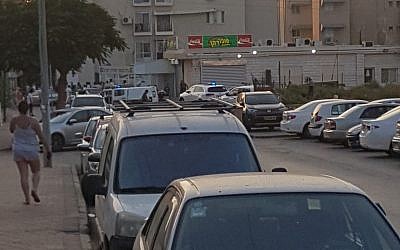 Scene of the Rocket in Sderot. Photo by me.

Some of those rockets hit Sderot, with three Israeli civilians injured from shrapnel after a rocket hit a bombshelter that was added to a building in 2010, thus the lives of the bulding residents were luckily saved.

I talked with some Sderot residents about their feelings following the tense weekend and asked them to share with me and the readers their expiriences.

Mally Pnina Tapiro, 38, said she feels disappointed and despair “I feel exploited, the Members of Knesset (parliament) that interviewd said they salute the residents of the home front. I’m not the home front, not the rear. If you will fold your maps you will see we are at the center of Israel!”

Tapiro added that “This rounds of escalations policy is frustrating and illogical. Everyone assumes that we are strong and can stand this so they continue with it. But it’s not true, and no one should exploit our inner strength for 18 years”.

Responding to the IDF threat to Hamas that if they will fire rockets to a longer range into Israel said Tapiro that “It shows there isn’t a strategy and shows the states problem adressing issues that it views as part of the sidelines.”

Tapiro adds that “It’s important for me to say that I don’t want more war and I trust the IDF knows what they are doing, and I ask the decision-makers to think for the long-run and to listen to the IDF experts”.

Itzik Nahshonov, 24 became a celebrity today, as video from a security cam filmed him evading a rocket hit today. Nahshonov says that “It’s scary that at any moment it can happen when you are unprepared. And living in the 4th floor without a safe room and having to go down 2 floors and still being exposed because the floor has big windows increase the fear and unpleasentess”.

Nahshonov added that “Israel should respond harshly and to not let it continue daily. It could have ended differently. Israel should initiate more to stop the terror and not get dragged so it could bring peace to the town in the south”.

Nir Tal, 28 originally resident of Modi’in, have lived in Sderot for the past 4 years, he is a member of Ayalim student community and he is the newly elected chairman of Sapir Academic College Students Council.

Tal says that the weekend was different from what he expirienced in the previous years. “There were more alarms, more explosions”, he said and added “The past few months weren’t simple. The arson kites terror affected the mood of the people living in Sderot and Sha’ar HaNegev”.

Tal followed by saying “As residents, we want to keep our normal lives routine. The students who live here are feeling as part of the area, but even so, they are not always used to the [security] situation. Right now we, [Sapir’s Students Council] wait for directives from the IDF’s HomeFront Command and we expect to return to routine. We trust the government and security forces know how to handle this. All left for us is to stay strong and make it clear to everyone we aren’t going away”, declared Tal.

People are hoping for this escalation to end and to return to their day to day lives as soon as possible. As Im writing this, the negotiations for a ceasefire continues. Let’s see what a new week will bring.