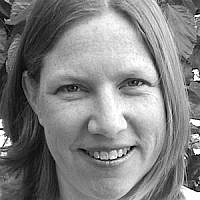 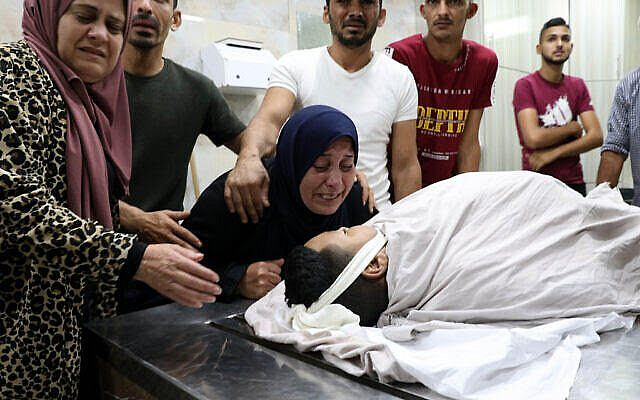 Family and friends mourn near the body of Mohammad al Alaami. (Wisam Hashlamoun/Flash90 via Times of Israel

In times like these, I find it hard to understand how we, Israeli and American Jews, can continue not recognizing the massive costs of Israel’s military presence in the West Bank. How can so many of us — caring, moral, good people — go happily about our lives while being implicated every day in the horrific consequences of our ever-changing status quo? How can we not be doing everything in our power to end oppression and injustice and change the reality for the better?

I can’t imagine what I would do if I was the mother of the 12-year-old boy, Mohammed al Alaami, killed last week by an Israeli soldier while sitting in his father’s car, on their way home from buying groceries. The most innocent and human of acts, buying food for one’s family, in one’s own town. There is no claim that Mohammed, his father, or any Palestinian involved in this incident committed or attempted any act of violence. The army has presented it simply as a tragic accident.

And not only was Mohammed shot and killed. This happened against the backdrop of a community burying a stillborn baby, an already devastating moment made horrifying when IDF soldiers exhumed the baby’s corpse on suspicion of — well, not clear exactly what, but somehow related to the fact that an army post stands next to the town’s cemetery where the baby was buried. And as if that weren’t bad enough, soldiers then shot and killed a 20-year old who was attending Mohammed’s funeral — again, in his own town, with no Israeli civilians in sight. And Mohammed’s father, who supports his family by working inside Israel, will now likely lose his work permit due to a policy of revoking permits of family members of Palestinians killed by the IDF, for fear that these bereaved human beings will commit violent acts against Israeli Jews.

I can barely imagine how I would feel if my son were torn away from me in one horrendous moment.

But I can imagine the reaction of my community if an innocent Jewish child were killed in such a manner. I can imagine the outcry, the righteous fury, the accusations of Jew-hatred and terror. Yet when our own army, the army composed entirely of our own sons and daughters, commits these acts, we are not just silent — we barely even see.

We tell ourselves a reassuring bedtime story that we are the good guys, and they are the bad guys, and if the army killed someone there must have been a good reason. Even if Mohammed was innocent, his father must have done something wrong, or those who buried the stillborn baby must have committed some crime, or someone must have provoked the soldier who killed this child. Our soldiers would not shoot for no reason.

This story allows us to look away, to exempt ourselves from any nagging sense of complicity, to go on with our comfortable lives.

But I am so devastated and angry because this is not who I want us to be. I want to cry out as loudly as possible, on whatever platform possible, to my fellow Jews, those of us in this country and around the world who are stakeholders in this greatest project of the Jewish people in 2,000 years, to join me in making this state not a place run by fear and an iron fist but rather a place that upholds the infinite value and right to life and dignity of every human being.

But then the fear kicks in: the awareness of antisemitism and the toxic entanglement of anti-Zionism and antisemitism which has begun to permeate so many communities around the world. And once again I hesitate to raise my voice, worried about offering yet more fodder for others not just to criticize my government but to attack and demonize my fellow Jews simply for being Jews or for expressing a connection to my country. I find myself forced into an unacceptable choice between speaking up for my own people and speaking up for my neighbors, those living under the sovereign roof of my own government.

I refuse to choose.

All Jews throughout the world deserve to live in security, without fear, and we deserve to flourish in our homeland. And all inhabitants of this land deserve to live in security, without fear, with dignity, equality, justice and freedom. Our children — all children in this land — deserve so much more. As Jews who care about Israel and the Jewish people it is our responsibility to do everything we can to bring about that better future in this land. So I will continue to raise my voice, and to work toward that reality, and to invite everyone I can to join me. Even, and perhaps especially, when I’m afraid.