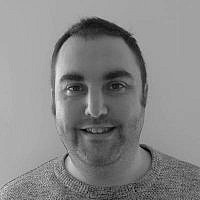 The key which used to open the door to her home in Odessa is all that remains for Rabbi Julia Gris, a Russian citizen and the rabbi of the city’s progressive Jewish community, Shirat Hayam. 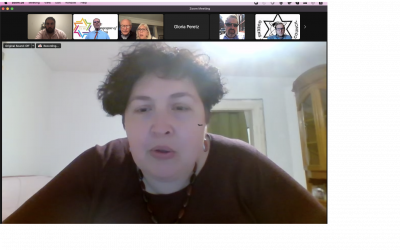 For Elena Izmailova, Chairwoman of Shirat Hayam, loud noises and air-raid sirens require her to sprint down to the basement, as she lives under the ominous watch of Russian ships spread along the coastline.

More than one thousand people from around the world tuned into a live zoom session hosted by the Queens Jewish Community Council and organized by the Free Synagogue of Flushing, New York to listen to two brave and remarkable young women, who told their own stories and gave a taste of the unpalatable choices facing all those in Ukraine at the moment, Ukrainian Jews included.

The large crowd watched mesmerized as they listened to the moving testimony of Rabbi Julia Gris and Elena Izmailova, the inspiring and courageous leadership of the Shirat Hayam Progressive Community of Odessa.

Rabbi Gris is a Russian citizen who has made Odessa her home for the last twenty-two years. Since 2014 she has been the rabbi of Shirat Hayam, one of just two Reform rabbis working in Ukraine. At the outbreak of the war last week, Rabbi Gris chose to make her escape and, with her teenage daughter and their two cats, she fled her adopted country as the bombs began to fly. She told how, after travelling to Lviv with an angel called Bogdan (a name that literally means “God’s gift” in Ukrainian),  the family ended up walking more than twenty miles to the Polish border, in bitterly cold conditions.

Having made it to the safety of Warsaw, she is now trying to process all that is going on. She must come to terms with the rupture to her family and communal world and their sudden departure from Ukraine. Meanwhile Rabbi Gris must offer emotional support and spiritual guidance to the remaining members of her community. Some have fled for refuge and are scattered across neighbouring countries, whilst others have stayed behind in a tense Odessa.

“I never experienced so much pain in my life,” said Rabbi Gris. “I never saw so many tears being cried. But when sometimes I have the feeling of comfort and calm, I can see that in our world there is not only evil and anger. I see lots of humanity and love in the world.” She further explained, “Because we try to give comfort to each other and support each other. And we are all connected as one organism, and every part of our organism feels when another part is in pain.”

Elena Izmailova is the Chairwoman of Shirat Hayam. She is one of those who has stayed behind, and is living now with her family in the countryside about twenty kilometres outside of Odessa. For now things have been relatively quiet, but there is much stress about the Russian ships that are sitting ominously along the coastline, waiting to attack. Elena has become accustomed to going down to the basement every time there is a loud noise or an air-raid siren. Each morning she checks with her friends to see whether they are still alive. It was a hard decision to stay, but she says it would have been even harder to leave as her husband must stay behind and fight, and she hopes and prays that the war will be finished as soon as possible.

The audience included US Congresswoman Grace Meng (Democrat-Queens, NY), who spoke of Ukraine President’s Volodymyr Zelensky’s call with Congress the previous day, and offered words of support and encouragement. Few on the call could imagine the plight of Rabbi Gris or Elena, but Souks Soukaseum, Director of Community Affairs at the Free Synagogue of Flushing, and himself a child refugee in the 1980s from war-torn Laos, is perhaps one who can. He stressed how important it is that the stories be shared to a wide audience, especially if they seem unimaginable.

Purim falls next week, and Rabbi Gris was asked about whether she would be celebrating the festival. Her reply was resoundingly affirmative: “We plan to have an amazing Purim spiel this year. Purim reminds how how to survive evil. We pray for a Purim miracle, that the war will end and that justice will be done. We hope to connect the Shirat Hayam community on zoom and read the Megilat Esther. There may not be too many jokes this year, but let’s pray together for a miracle, and be thankful to God for what we have.”

In the late nineteenth century, Odessa had the second largest Jewish population in the Russian Empire, and at the beginning of the Second World War a third of its residents were Jewish. It was an important trading post, a bustling port whose world was immortalized through the stories of local writers such as Sholem Aleichem and Isaac Babel. Whilst the community has shrunk significantly in recent years, until last week a significant remnant led a flourishing revival of Jewish life, of which Shirat Hayam played an important part. It can only be hoped that the war will end soon and that the community, like the whole of Ukraine, can regroup and enter a new and positive chapter.

Thanks go to the Queens Jewish Community Center and Cantor Alan J Brava, Executive Director of the Free Synagogue of Flushing, New York for organizing this event. The recording of the session may be accessed here.