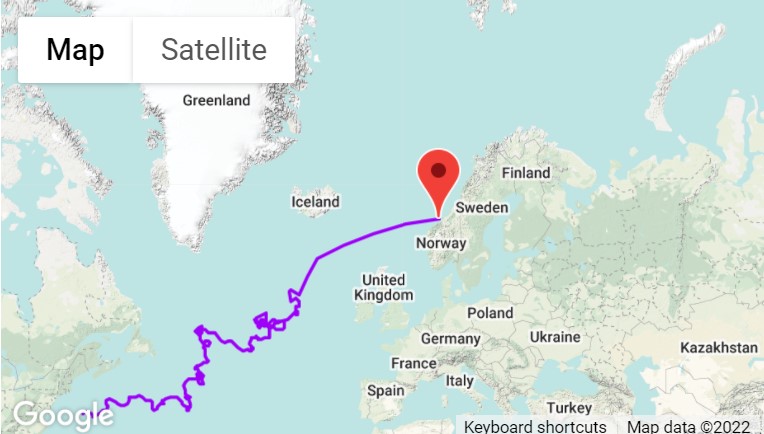 A story in the news this week that caught my eye. In 2020, a class of fifth graders at Rye Junior High School in New Hampshire, with the help of an organization called Educational Passages, built a 5-foot mini boat which was launched into the Atlantic ocean to drift wherever the currents brought it. This week, 462 days and more than 8,300 miles later, a 6th grader in Norway recovered the boat, and along with their class in school, opened the hatch to retrieve the letters and pictures created by the initial class.

That’s quite a journey, and must have been thrilling to the students involved, on both sides of the Atlantic. To get to this point, those involved in the project had to change plans multiple times. When COVID hit in spring 2020, the project had to be put on hold. It was put on hold for so long that the ship wasn’t ready to set sail until the following school year, when a new group of students had advanced to the fifth grade. The project organizers found a role for them in the project to help them feel invested in it, which included filling the boat with messages and choosing the paint color for the bottom of the boat. Finally, in October 2020, the boat was launched into the Gulf stream, where it began emitting GPS signals, and continued to do so intermittently, for over a year, until it got to Norway, at which point the staff at Educational Passages located a family with a sixth grader who volunteered to retrieve the boat and bring it into their class at school.

One of the things that stands out to me about this project is how uncertain the final outcome must have been. One of the children admitted to a reporter that they had expected the boat to sink. And yet, the children, their teacher, and the educators helping them, put enormous effort into this endeavor, even knowing that both the timeline, and the outcome, were uncertain.

When circumstances are out of our control, it can be challenging to keep a level head, and this week’s parashah has a dramatic example of that.

As the children of Israel are waiting for Moses to return, we learn in our Torah portion that they see that Moshe is בשש. From context, we can see that this means he was delayed, but Rashi gives it a more specific meaning. He reads בשש as בא שש, the sixth hour has come. He shares a rabbinic teaching that when Moses told the Israelites how long he would be gone, he said he would return in 40 days at the sixth hour, which we would call noon. Unfortunately, the Israelites miscalculated by a day. They anticipated his return a full day before he actually intended to be back. However, in Rashi’s reading of the text, it didn’t take long after the time when the Israelites had anticipated Moses’s return before they let their imaginations run wild, and convinced themselves that their greatest fears had been realized, and that Moses was never coming back. 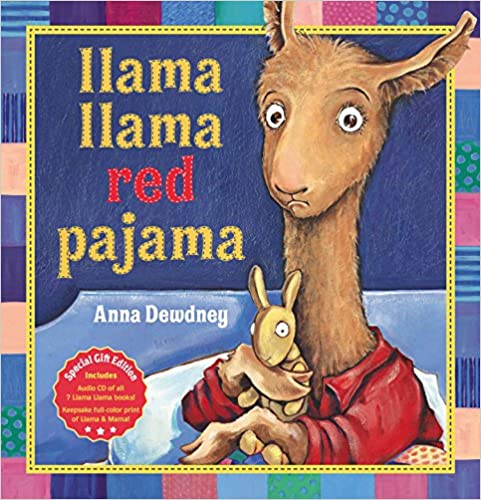 It reminds me of a children’s book, Llama Llama Red Pajama. In it, the baby llama is trying to fall asleep, and calls down to his mother, who is in the kitchen, to ask for water. She stops what she is doing, but then the phone rings. As she pauses to answer the phone, we see baby llama growing more anxious by the second. Within minutes, he has worked himself into a panic, afraid she might never come. “Llama llama red pajama in the dark without his mama. Eyes wide open, covers drawn, what if Mama Llama’s gone?”

Like the baby llama in the story, the children of Israel are afraid that their parental figure, Moses, has abandoned them, even though he has only been missing for a very short amount of time beyond what they expected. However, it’s not just children who can get bent out of shape when things don’t go according to plan. Adults, too, often can have trouble adjusting to external circumstances that are out of our control. Think about the last time you needed work done on your house, or your car, or on some piece of equipment, and it took longer than you expected. Most of us know that his kind of endeavor almost always takes longer than anticipated, and yet, it can be stressful when things don’t go as planned, and when we don’t know how long it will take to fix the situation, if it even is fixable. Usually, we’re able to bounce back. However, sometimes when we feel out of control of a situation, it can be challenging to maintain a level head.

Think about the experience we’ve all had over the past two years. Most of us had no idea two years ago that this pandemic would last more than a few weeks, and yet here we are, having changed our plans again, and again, and again. Right now, things are looking up. COVID numbers are coming down. Places, like Temple Emunah, that had suspended in-person activities are opening up again, and mask mandates are slowly starting to lift in schools, and potentially in other places as well in weeks to come. But that feeling of uncertainty, of not knowing when another variant or some other complication might change all our plans, remains, and can generate anxiety.

So what can we do when we feel out of control, when we’re worried that despite our trying, things might not go according to plan? 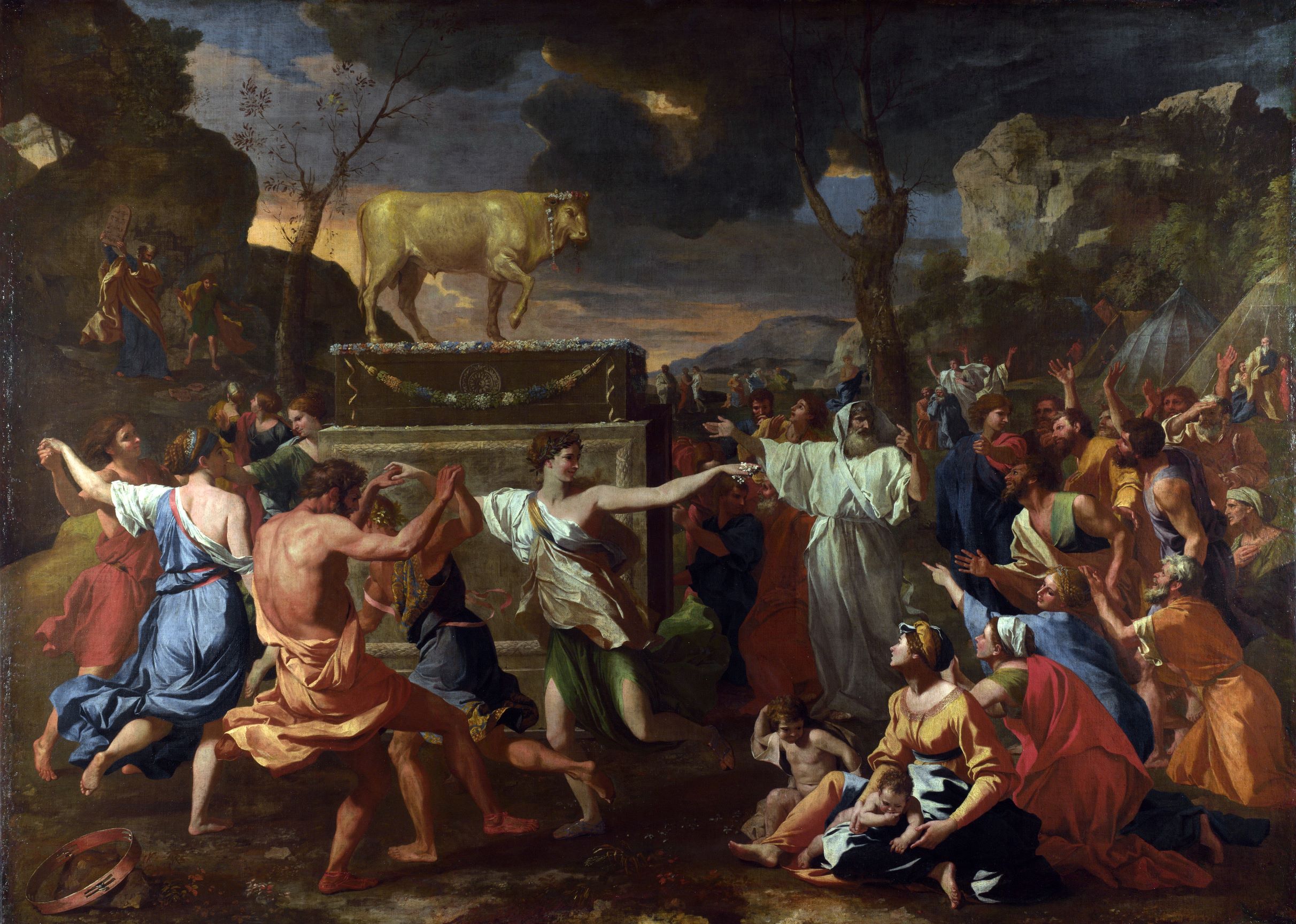 The Adoration of the Golden Calf by Nicolas Poussin from The National Gallery (image via Gandalf’s Gallery on Flickr taken April 7, 2010; CC BY-NC-SA 2.0)

Well, one natural response is to do what the Israelites did in our parashah– go towards the familiar. It’s true that in this case, the familiar was very much not in keeping with the commitments they had made to God, but it’s understandable that when faced with uncertainty, they gravitated towards the type of practice that was familiar to them from seeing it around them their entire lives up until now. Building an idol and dancing around it gave them the sense of security that they craved. Furthermore, it gave them something concrete to do. Rather than standing around wondering what would happen to them and letting their fears grow and grow, they had a physical way to channel their worry.

And in fact, performing rituals is one big way that we do bring order to our lives, even in the face of uncertainty about the future. Rituals bring meaning, and can help us re-center ourselves when unexpected challenges throw us off balance. This can include all sorts of rituals, Jewish and secular, that give our life structure and that give us a sense of comfort and predictability.

Of course, while doing things the way we’ve always seen them done can sometimes be a good idea, it isn’t always, and that’s what happens with the Children of Israel. In moving towards the familiar, they break the commitment they have just made with God, and in doing that, not only do they jeopardize their relationship with God, which has the potential to give their lives meaning, but they also risk their very lives in going against God in such a direct way.

In this case, God asks them to trust that their relationship with God is real, that God won’t let them down, that even if something terrible did happen to Moses, that God, who has been there for them through this tumultuous time, will continue to be there with them to help them through the challenges ahead. In the case of the Israelites, their relationship with God may not have been strong enough for many of the people to trust it in this stressful time. As much as God has proven God’s commitment to them through dramatic miracles, they have only been in that relationship for a short amount of time. Nonetheless, relationships, whether with God or with people, can be a very large part of what anchors our lives, what gives us meaning and the confidence and support to deal with uncertainty. That is true whether we are facing a small problem like a delayed fix to our car, or as big a problem as a communal public health or environmental calamity.

For many of us, I think our relationships have been a large part of what has given us strength during the pandemic, as well as during other challenging times in our lives. Part of our role as members of a community is to support each other, to be that anchor that can help each of us to feel grounded.