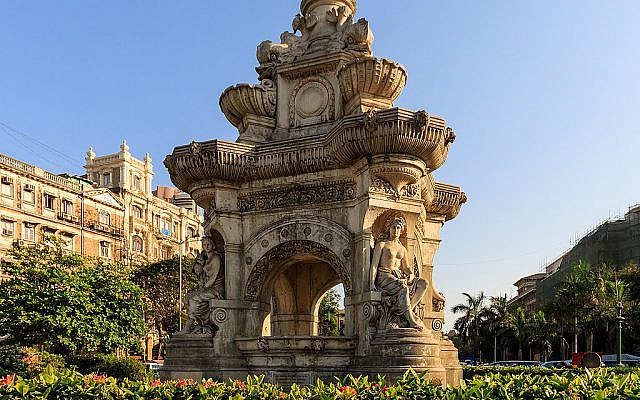 Flora Fountain: Mumbai's Baghdadi Jews believe that the name Flora Fountain is named after none other than Flora Sassoon , the enterprising wife of Solomon Sassoon. Image Credits: A.Savin, WikiCommons.

Long time ago in 1832, a family of Jews was forced to migrate due to persecution, their future was substantially uncertain, it appeared though that having lost their prominence in the city that they called their home, they would have to start everything from scratch in their adoptive home, this article encapsulates the rise of the Sassoon dynasty of Bombay, inspired by the author’s recent visit to Knesset Eliyahoo Synagogue constructed by Jacob Sassoon, and designed by British, Bombay-based architects Gostling and Morris. 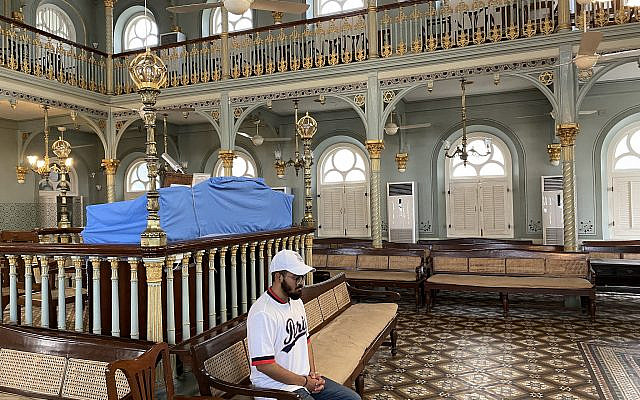 The readers of Times of Israel would have come across the author’s earlier article on Jews and Parsis, for those who have not read the same, the article covers the saga summarily of the pain, plight, struggle, vision and success of the two micro-minority communities of India the Jews and Zoroastrians alias Parsis. The quintessential old Bombay have had a great contribution from these two communities. One of the biggest philanthropist in India have been the Jewish Sassoon family, about whom we can write volumes, but dear readers shall get to read in brief about these great sons and daughters of India.

In the contemporary world, if any community feels vulnerable and at risk because of their faith, it is deplorable but nevertheless it is a reality in various parts of the world, because of aggressive assertion of their religious identity by certain groups. Jews, Zionism and Israel have been constant targets of Islamic fundamentalists in South Asia and beyond. With the partition of India based on the two nation theory, that emerged in turn from intolerance and ideas of religious segregation, several Muslims from India migrated from India to Pakistan a newly formed so called “Islamic state” on the West and East of India. On the other hand India went on to become a secular, republic an inspiration for several newly independent nations. Jews in India lived as active, much loved and cared citizens of India but Pakistan was neither happy about India’s rising status in the world nor the peaceful live of Jews in India.

The much enunciated Pakistani doctrine of “Ghazwa-E-Hind” or conquest of India to make non Muslims here second class citizens, paying Jaziya to their fundamentalist Islamic masters, found Jews of India as a target, to create fear among Indians and the Jews across the world wherever they are. India was attacked by Pakistan based terrorists during the brutal 26/11 terrorist attack. Ten terrorists of Pakistan-based Lashkar-e-Taiba carried out 12 coordinated shooting and bombing attacks lasting four days across Mumbai. Jews were one of the targets,  Rabbi Gavriel Noah and Rivka Holtsberg, among six Jews were martyred during the time of their holy mission in a terror attack at Chabad House in Mumbai. Since the 26/11 incident of 2008 the Synagogues in Mumbai are under heavy police protection.

When the author reached Shimon Peres Chawk where the Knesset Eliyahoo Synagogue is located in Bombay, he found that the fear of attack on the Jews by Islamic fundamentalists is still not over, the entire Synagogue was barricaded, unlike other Temples, Churches, Mosques and Gurudwaras in India, to enter this Synagogue one has to give a photocopy of the ID of the visitor/pilgrim. The author prays to Hashem that he protects Jews all around the world from this psychological feeling of being under threat and physical attacks done on them by those who can not tolerate existence of others apart from the people of just their faith.

According to Rabbi Simcha Jewish scriptures mention that the word ‘Hodu’ (Hebrew word for India) comes from Hodaya, which means thanks and gratefulness, and we genuinely feel thankful to have friends like you all. We share this pain and it strengthens our resolve to stay together,” Be assured respected Rabbi, India shall always cry with you in your pain and stand with you in your troubled times, we face threats from same intolerant people, and our faith in Hashem shall protect us, and may he protect all those who are persecuted because of their religion. 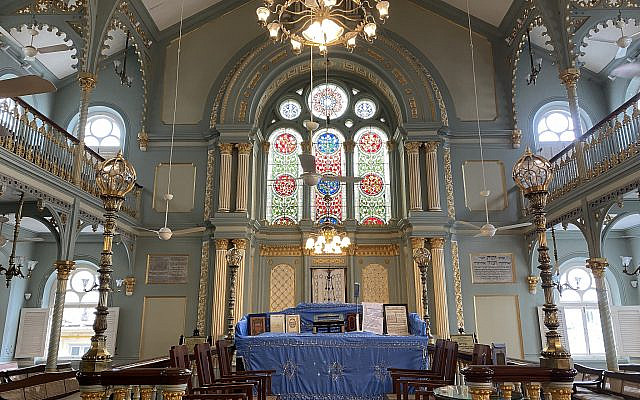 Photograph taken by author in the Knesset Eliyahoo Synagogue in Bombay. 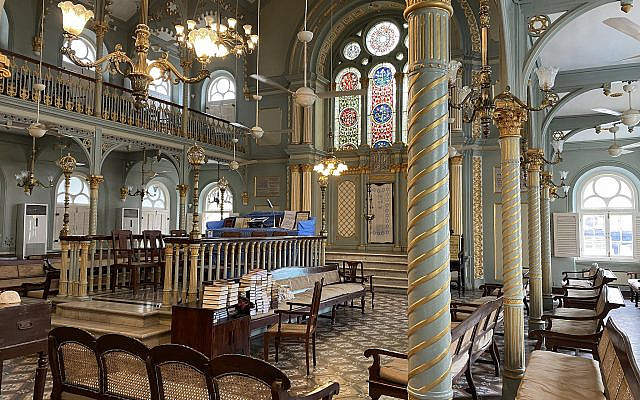 Photograph taken by author in the Knesset Eliyahoo Synagogue in Bombay.

As per the World Monuments Fund, the Knesset Eliyahoo Synagogue was built in the classical revival style and originally had Minton tile floors imported from Stoke-on-Trent, England. The synagogue’s decorative interiors featured Victorian stained glass windows and rich Burmese teakwood furnishings and staircase.

The Keneseth Eliyahoo Synagogue continues to be used as a synagogue and is the center of Jewish cultural and religious life in Mumbai. The building contains unique features that draw on the various cultural forces in Mumbai in the nineteenth century, combining Jewish traditions with Indian and English Victorian influences.

The author having done pilgrimage to the Western Wall in Israel, felt very happy to see the good maintenance of the Synagogue, and it was exhilarating to see the plethora of books on Jews in India on display in the Synagogue, the author sincerely hopes that through his articles and books like the world gets to know about the great Jewish sons and daughters of India, their culture, and contribution in the making of modern India.

SASSOONS “ONE OF THE MAKERS OF MODERN INDIA” 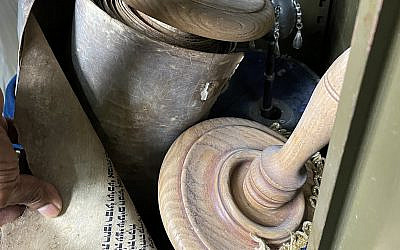 Old Torah Scrolls in the Knesset Eliyahoo Synagogue in Bombay. Photo taken by the author.

Hailing from Baghdad, a city of great intellectual milieu once. The Baghdadi Jewish family of Sassoons were treasurers to Ottoman Pashas of Baghdad and nasi (president) of the Babylonian Jewish community. During their distress out migration from Baghdad due to the persecution of Daud Pasha of Baghdad, the Sassoon family was headed by  Sassoon Ben Saleh, who had to flee with his son David Sassoon to India to protect himself from the corrupt and persecuting Ottoman governor. Starting by trading in commodities like Tea, Silk, Indigo Dye, Rice and Pearls, the family was soon dominating a large portion of the Opium and Cotton markets.  He offered employment to many of Bene Israel, who had settled in Bombay and worked in the mills he had established. Some sources also claim that the famous Flora fountain in Bombay was named after Flora Sasson, a daughter-in-law of the Sassoon family, and hence it was decided that the title of this article would be “Flora Fountain”. The Sasssons were known to be generous patrons of the arts, religion and city beautification projects, including the Flora Fountain.

DAVID SASSOON AND MAKING OF PUNE AND BOMBAY: 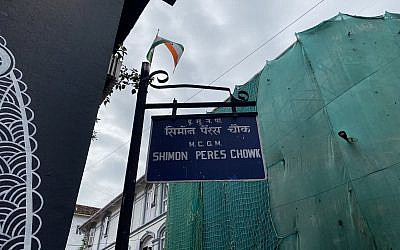 Photograph taken by the author.

The Jews served their adoptive home in the best possible way they could. The financial capital of India Mumbai known before as Bombay and the cultural capital of the state of Maharashtra in India Pune, have seen much appreciated philanthropy by the Sassoon family over the course of History. The contributions of Sassoons for the multi-dimensional development of India cannot be covered in one article, but yes trying to atleast give a summary of the same would at least be a humble tribute to one the Makers of modern India Sassoons of Bombay. The Sassoons funded the construction of several welfare institutions such as the David Sassoon Mechanics’ Institute (1847), which evolved into the David Sassoon Library and Reading Room (1938),  David Sassoon donated Rs 60,000 in 1847 to start their construction, the David Sassoon Industrial and Reformatory Institution, possibly the oldest institution for boys who are destitute and orphans or delinquents.  David Sassoon Elderly and Destitute Persons Home or the David Sassoon Infirm Asylum (1863) in Poona (today the Nivara Old Age Home), the Clock Tower at the Victoria Gardens (today Veermata Jijimata Udyan), and the Statue of the Prince Consort at the Victoria and Albert Museum (today the Bhau Daji Lad Museum) complete with Hebrew inscription (1861).  Sassoon Hospital, was built in Pune from a contribution of Rs.213,000 given by David Sassoon towards its endowment in 1863, and completed after his death in 1867, reserved special places for the Bene Israel. In 2011 Timothy Sassoon, a sixth generation descendant of city philanthropist David Sassoon, donated $2,500 (Rs1.1 lakh) to the 154-year-old David Sassoon Library at Kala Ghoda on Friday morning.

With the death of David Sassoon, to quote The Times of India, “Bombay has lost one of its most energetic, wealthy, public-spirited and benevolent citizens… In personal appearance, private character and public life most remarkable.” On his passing, David’s estate was valued at approximately £4-5 million. 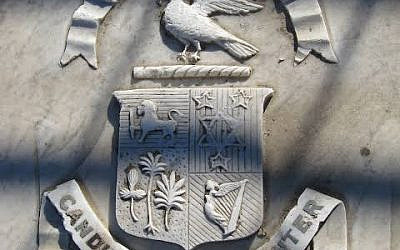 Flora Sassoon was the daughter of Baghdadi Jewish migrant to India Ezekiel Gabbai (1824–1896), and Aziza Sassoon (1839-1897), eldest daughter of Albert David Sassoon. She was provided good quality education and when she was seventeen years of age she already knew Hebrew, Aramaic, and Hindustani, as well as English, French, and German. She was also extremely knowledgeable about Jewish texts and sources, took on many public religious roles that were unusual for an Orthodox woman of her time. According to historian Cecil Roth, it was said of her that she “walked like a queen, talked like a sage and entertained like an Oriental potentate.” Flora married Solomon Sassoon son of David Sassoon.

Following a serious plague in Bombay and the spread of Asiatic cholera, she supported a young Jewish bacteriologist, Waldemar Mordecai Haffkine (1860–1930), who had developed an effective vaccine and led a campaign to get the population inoculated despite the reservations of both Hindus and Muslims. She was also actively involved in the anti-purdah movement. When in Baghdad for three months, she herself read from the Torah in synagogue, using the scroll dedicated long before by Sheikh Sassoon (1750–1830), the Baghdad patriarch of the Sassoon family.

Flora Sassoon passed away in London on January 14, 1936 and was buried there temporarily until her remains could be interred in the family plot on the Mount of Olives in Jerusalem on April 3, 1947. Ashkenazic Chief Rabbi Isaac ha-Levi Herzog eulogized her as “a living well of Torah, of piety, of wisdom, of goodness and charity, of the staunchest loyalty to tradition, and out of her wonderful well Israel could draw in abundance noble incentives and lofty inspiration.” 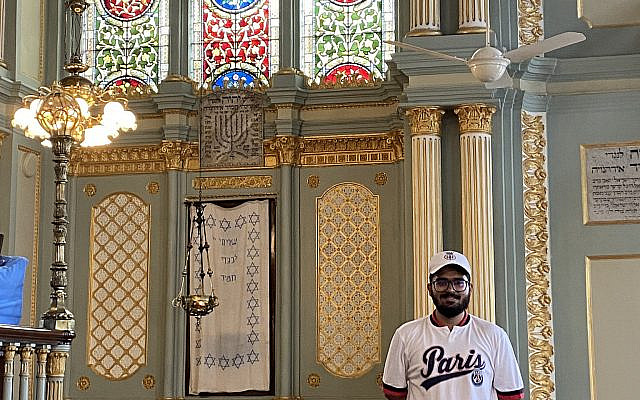 Bombay has had a great and prominent Jewish community, so has Pune they should be on the travel destinations list of almost every Israeli who wants to explore the different Jewish communities in the world. The author being an Indo-Israeli friendship ambassador shall always be open to help such visitors, to explore the Jewish communities of India. May Hashem bless the Jews of Maharashtra. It is high time that under the “Azadi ka Amrit Mahotsav” the year long platinum jubilee celebrations of India’s independence we celebrate the Jewish heroes of India.