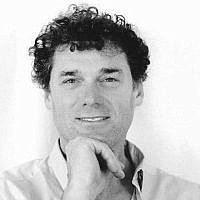 The Blogs
Rob Eshman
Apply for a Blog
Advertisement
Please note that the posts on The Blogs are contributed by third parties. The opinions, facts and any media content in them are presented solely by the authors, and neither The Times of Israel nor its partners assume any responsibility for them. Please contact us in case of abuse. In case of abuse,
Report this post. 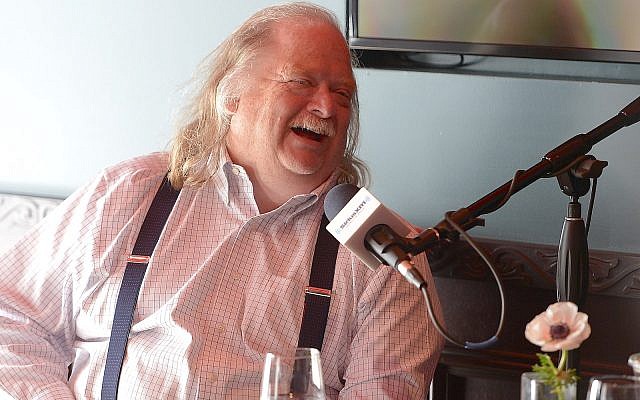 LOS ANGELES (JTA) — Jonathan Gold was more than a food writer. Every obituary will tell you that, and so would he.

“Food is a way to look at the world,” he told me once. “I mean, everybody eats.”

Gold, who died July 21 at the age of 57 from pancreatic cancer, leveraged that truism into a career that not only established him as one of the great American food writers of any generation, but transformed the city whose food he ate, examined and extolled.

There was Los Angeles BG and Los Angeles AG, Before and After Gold. In a city divided by freeways, class, ethnicity and soul-sucking commutes, Gold encouraged Angelenos to explore beyond their neighborhoods. His descriptions of Chinese soup dumplings, Thai boat noodles, Peruvian ceviches or South Central smokehouses drew Westsiders east and Eastsiders south. His prose knit together a city that can all too easily fray.

“If I’m doing anything that’s beyond writing about food,” he said to me during an onstage Q-and-A following a screening of the 2016 documentary about him, “City of Gold,” “it’s to get people in Los Angeles to be a little less afraid of their neighbors. And it’s easy to live in one part of town and not really interact with other parts. There are a lot of ways to do it. But you might not go some place to see an Indian movie or a Nigerian art exhibition, but if I tell you that someone is making a bowl of noodles like you’ve never had in your entire life, maybe you’ll make that drive.”

It worked. When I asked the packed audience of 300 people who had visited a restaurant because Gold wrote about it, almost every hand went up.

Many of the people whose food Gold discovered were immigrants, who so many people, including our President, are quick to demonize.

In the documentary, Chinese, Thai, Latino and Ethiopian restaurant owners tell how a single Jonathan Gold review brought hordes of new customers to their restaurants and transformed their lives.

“I’ve been writing about immigrant communities for 30 years,” Gold said. “I like immigrants. I think we should pretty much let everybody in — well, maybe they should be able to cook. Donald Trump is a guy who eats a lot of white bread.”

Gold grew up in what he called a “highly Reform” L.A. Jewish household, where his father was “the most overeducated probation officer in the history of Los Angeles County.” The house was filled with high culture, if not great food. The links between food, tradition and family that Gold has spent a lifetime searching out didn’t exist in his childhood home.

“Oh, hell, I didn’t even eat broccoli when I was in high school!” he said. “I mean, cauliflower was like a foreign country.”

There was one exception.

“My father definitely considered deli to be a sacrament,” he said.

At the Q-and-A, I asked Gold to name his favorite LA deli.

“Langer’s,” he said, to wild applause, naming the smoked meat temple near the corner of 7th and Alvarado. “The pastrami sandwich — there should be a marble statue of it in the Civic Center mall.”

I once asked Gold why it is that so many important American food writers — A.J. Liebling, Alice B. Toklas, Ruth Reichl, Michael Pollan, Mark Bittman — are Jews.

During a talk he gave at my USC course on food journalism, I asked him what drew him to food writing.

“You could talk to a general about what’s going to happen in Iraq and he’ll lie to you up and down,” he said. “But if you ask him how he had his eggs that morning, he’ll tell you the truth. It’s maybe a small truth, and it maybe in the large scale of things is a less important truth, but I think that makes it something worth writing about. I think it’s worth learning about it. It’s something that we all have in common.”

In 2007, Gold received the Pulitzer Prize for Criticism, the first restaurant critic to be so honored.

But seven years before that, in 1999, Gold announced he was leaving Los Angeles to work in New York for Gourmet magazine. He would eventually return, but those of us who already recognized what he meant to L.A. felt the loss.

“Without Gold,” I wrote, “a little of the stitching has gone out of the LA fabric.”

I see now I was wrong. Gold’s legacy is secure. He left behind a city that revels in its diversity, that celebrates all flavors, that feasts together at a common table.

About the Author
Rob Eshman is the former publisher and editor-in-chief of The Jewish Journal. He writes the blog Foodaism and teaches, “Media, Food and Culture” at the USC Annenberg School of Journalism.
Related Topics
Related Posts
Comments