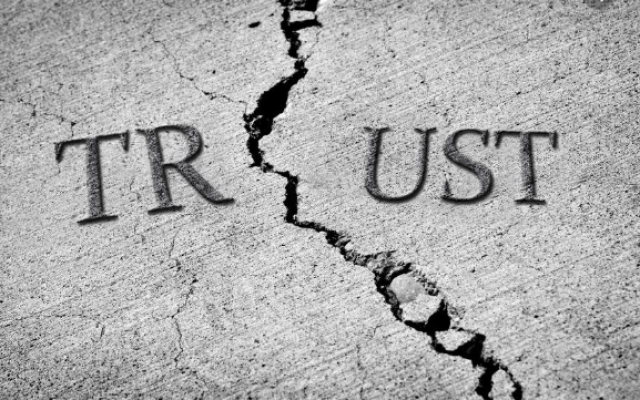 As a typical father of an Anglo-chareidi family of 7 living in Israel, I am downright angry at the fact that our entire community was utterly duped by a charlatan for 20+ years. Chaim Walder was not just a household name. He didn’t just author the most popular children’s books and narrate children’s stories by the dozens. Through the ubiquitous nature of his books and very voice, he became an integral part of the very fabric of contemporary chareidi society. He introduced foundational concepts of self-awareness, other-awareness, and the need for verbal processing of inner feelings to our children. He was entrusted by our community to faithfully nurture and support our most precious, most vulnerable members and he deeply betrayed that trust.

After the truth about his hidden persona was revealed to be such an antithesis to his public one, I find myself, ironically, unable to sort out my emotions properly. Should I still be thankful to him for his positive contributions to our youth culture? Or do I throw out his books and CD’s from my home and try to erase any trace of his enormous impact?

I’m searching for a parallel moral dilemma to guide me: What if a ruthless gangster who made his fortunes in human trafficking and drug smuggling–which brought untold suffering to hundreds of people– also made vital contributions to medical research and helped find a cure for some serious diseases. Should society allow themselves to benefit from those ill–gained contributions? Should the moral repugnance of the person outweigh the benefits he provided? Is there room for a mixed legacy that isn’t black or white?

I suppose it boils down to this question: Should Chaim Walder be posthumously canceled in chareidi society? A similar debate has been going on about Rabbi Shlomo Carlebach’s musical and spiritual contributions to the Jewish people, with no clear consensus emerging.

But the more I think about it, (as I’m writing, actually) the more I realize the comparison to Carlebach is way off. Reb Shlomo was no wolf in sheep’s clothing. Being a bachelor most of his adult life and adopting the “free-love” attitude of hippie culture, it is quite understandable why (and just as predictable that) he would often cross the line. It was an excess of his big-hearted, intimate way of connecting and inspiring his fellow Jews.

Chaim Walder, however, was much more duplicitous. He was exposed –not only as a serial sexual predator, but as a fraud. He appeared to have dedicated his entire life and all his energies to promoting the well-being of the very same children he was abusing at the very same time.

I’m still trying to wrap my head around it.

To try to disentangle his overarching presence from our children’s’ lives will be a delicate and painful process which I am not looking forward to.  In fact, I suspect this was the main reason why the chareidi press and leadership downplayed Chaim Walder’s fall from grace and treated his death as nothing out of the ordinary. It is simply too hard to contemplate the monstrosity of his evil, acknowledge his deep betrayal of our collective trust, and just cut him out of our hearts– without leaving deep scars.

Leading a life of extreme insularity exacts a price in two directions: 1) extreme suspicion of the motives of all those outside, and 2) extreme naiveté towards all those inside. We are more easily fooled by self-appointed pseudo-experts and phony pious people because we want to believe our way of life will automatically elevate the character of everyone who participates in it. We naturally assume those who were raised in our institutions and verbally express our values, have also internalized them and can be trusted implicitly. This naiveté is costing us dearly in many different ways.

The chareidi community doesn’t want to squarely confront the possibility we were collectively victimized by one of our own. And we will try to avoid it initially by pretending nothing really happened.

But the truth is the truth. Chaim Walder’s public image as an advocate for chareidi children and a force of good is a total sham. It must be dismantled. He does not deserve to be given any credit for what he has accomplished through his duplicity. He cynically took advantage of the trust we placed in him and we cannot continue pretending we are not his victims. Bad enough that he managed to fool so many of us during his lifetime. It will be doubly tragic if we continue the sham and trick ourselves into thinking we can go on with life as usual.

As one very wise person told me, Chaim Walder was a master at creating false personas. He did it professionally as a writer, and personally as a hidden predator. With his death–via suicide note–he is setting up yet another false persona for himself beyond the grave to protect his legacy. This time to portray himself as the victim (of slander) instead of being the perpetrator.

How dare we let him succeed in fooling us yet again.

I’m getting rid of his books.