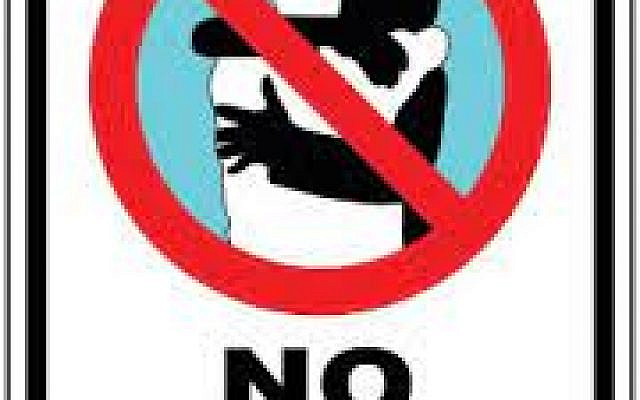 It was a pleasant surprise to read Neshama Carlebach’s deeply personal post on her evolving attitudes towards hugging. Knowing well that hugging friends, acquaintances, and even total strangers has been part and parcel of the Carlebach brand of ahavat Yisroel and ahavat chinam for two generations, I realize that this rethinking of the propriety of hugging non-family members is nothing short of revolutionary.

Her public expression of regret and brutal honesty about the unwelcome side-effects of embracing strangers is a true act of bravery.

But it would be a shame if this act of bravery would become just a passing blip on our media  screens– letting the lessons that should be learned pass us by. Neshama Carlebach’s realization of the damage done by a culture of unreserved physical contact with non-family members underscores a deeper, uncomfortable truth that modern society as a whole has to confront.

When we are younger, we often look at the strictures of religious modesty as onerous impediments to our self-expression. With age and experience, we start to realize that these rules contain a mature wisdom that protect and preserve our deepest selves from being violated. Not only from the unwanted touch or gaze of strangers, but from the casual callousness of non-committed relationships.

When I was a young boy listening to 80’s pop-music on the radio, it utterly baffled me how pop singers were constantly bemoaning how their hearts were routinely broken by partners who, for some inexplicable reason, just “fell out of love” and were leaving them for someone else.  They always swore to themselves that the next time will be different–but it never came to be. The same story played itself over and over again–for the same people!

At the time I wondered, why do people keep subjecting themselves to this torment of revolving-door uncommitted relationships? Why can’t they find someone who will stick with them for longer than a single summer romance? Can’t they learn from their own experience and the experience of virtually everyone around them not to give themselves away too early?

With hindsight, I now understand that people living outside traditional religious communities –especially young people with raging hormones–are sorely lacking clear relationship boundaries that everyone knows about and tacitly agrees to. Rules that are designed to keep them and their potential romantic partner safe from misunderstandings, false signals, and heartbreak–or worse.

The #metoo movement may have brought greater awareness of the need for consent, but it offered no solutions. Neshama Carlebach has just stumbled on the timeless wisdom of the Sages of the Talmud who provided the ultimate solution–no intimate forms of contact with non-family members. Period.

As Ms. Carlebach noted bitterly, giving hugs to strangers and acquaintances is not a mitzvah–it is a violation. It is a form of self-compromise.

I witnessed myself feeling resentful, guilty and angry, aware of the healing power of hugs, wishing with all of me that the broken people of the world receive the love they need… But is it my job to give that to them? Is it my responsibility to heal others with my embrace? Should it ever have been?… There must be ways to comfort each other without violating one another.

We all need to find more creative ways of expressing ahavat Yisroel and ahavat chinam. The direct ‘Carlebach method’ of physical embrace needs to be replaced with healing words and caring gestures–while maintaining a physical distance. The risk of damage to our deepest selves and others by breaking down the traditional barriers of modesty has been shown–by one of its well-known antagonists–to outweigh the gains of short-lived feelings of closeness and intimacy. Perhaps if we were more connected to our families (and invested more of our resources to re-build and fortify our failing marriages) we wouldn’t be so lonely and “touch-starved” in the first place.

As a society which cares about the bodily integrity and dignity of each human being, we ignore the risks from the lack of traditional Jewish boundaries in relationships at our own peril.