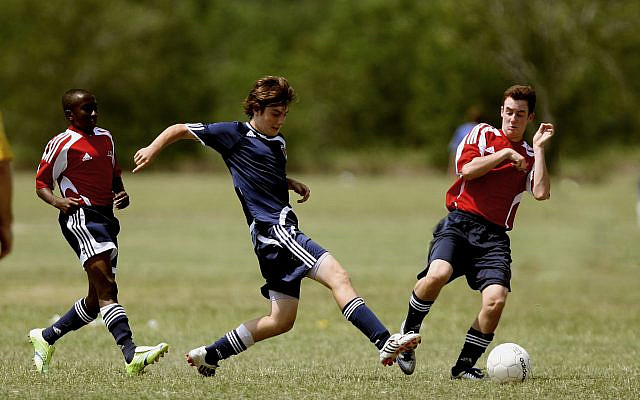 Kick that ball! (Image Free for Use from Pixabay)

With so many important news stories pouring in from around the world, it must be difficult for editors to decide which should take precedence.

The UK’s Sky News seems to have solved the problem by opening with, and continuing ad nauseam with, stories about football matches.

For readers not familiar with the concept, a football match consists of a couple of dozen idiots kicking a ball while thousands of other idiots scream encouragement or insults, depending on the direction the ball is traveling. For a while, it is interesting to watch so many people being controlled by a ball, but this soon loses its appeal.

As it is clear that most discerning viewers have no interest in watching grown men making a spectacle of themselves, we must ask who is behind these daily broadcasts.

Somewhere, there is a shadowy body that is charged with keeping people in ignorance. They, whoever “they” may be, do not want common folk to wake up and start asking questions.

This unseen, but powerful body, is able to control what the newspaper print, or put on their websites. The Telegraph manages to put some ten stories about an upcoming football match on its internet version. The headline story warns of expected chaos on the railways as drivers call in “sick” as they stay at home glued to their TV screens.

You would have to look very hard to find the real story of the day — Prime Minister Boris Johnson has ordered a national security review after revelations that the Government is ignoring the sale of crucial national infrastructure to Chinese companies. This does not show the government in a good light, better bury it under a football match.

In addition, the manager of England’s team had the temerity refer to the “courage” of the wartime generation.

“Gareth Southgate will invoke the ‘courage’ of the wartime generation as he issues a rallying cry ahead of England’s first major football tournament final since 1966.”

Comparing those who withstood the bombing of London, and stood up to Nazi Germany, with those watching a football match is nothing less than an insult.