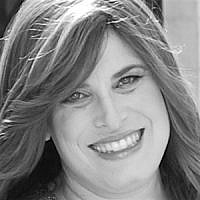 The Blogs
Rachel Marks
Apply for a Blog
Please note that the posts on The Blogs are contributed by third parties. The opinions, facts and any media content in them are presented solely by the authors, and neither The Times of Israel nor its partners assume any responsibility for them. Please contact us in case of abuse. In case of abuse,
Report this post. 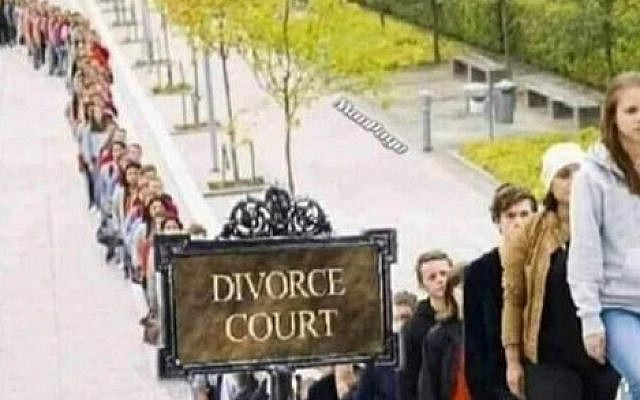 At this point, I’ve been sent the same memes about divorce following COVID-19 many times over by friends, relatives, colleagues and even clients. Everyone is abuzz that in addition to the havoc the COVID-19 virus is wreaking on the health and well-being of the world population and the immeasurable economic impact, marriages are falling apart at the seams and the divorce rate is skyrocketing! As a divorce attorney, I assure you that is, in part, fake news.

The judicial system in most jurisdictions in the country, including New York, is at various stages of “Pause.” Since mid-March, the Court system has been adapting and evolving to accommodate these unprecedented times while acknowledging that particularly in the areas of Family Law, some things simply can’t wait. Therefore, while the Courts were initially closed with limited exceptions, over the past few weeks, the Court has moved to a virtual system where Court appearances are taking place virtually for matters and issues considered to be “priority.” For example, while people were always able to seek Orders of Protection, matters involving custody were not being heard until sometime into the COVID-19 pandemic. With each passing week, additional categories of court business and filings are expanded. At this time, courts in Nassau County are deciding fully submitted motions and are even allowing the filing of new motions on existing cases, with advance permission from the judiciary. On the other hand, new divorce matters cannot be commenced in Nassau County unless there is an emergency and special permission is granted for same. Therefore, this brings me to the fake news. Logic then follows that since people are not permitted to file for divorce, there has not been an upward tick in the divorce rate in New York much less, a skyrocketing rate.

The increased divorce rate in Wuhan, China indicates that we may in fact have a large surge in the divorce rate once people are free to leave their homes and the courts resume regular business. The good news is, that has not happened here yet. Meaning, we still have the power to influence the trend.

These are trying times and in the strongest of marriages people are being tested. People need to understand that this is not the norm and no rash decisions should be based on this time period. Nor are they alone in their struggle. Not only are couples and families being forced to spend an inordinate amount of isolated time together but there are additional stressors in the home such as illness, home schooling, shift in support systems from outside the home and loss of jobs or decrease in income.  There are plenty of therapists who are offering video conferencing for sessions and are helping couples and families work through these times. That should be the first step and there is no shame in seeking help. The decision to divorce is a hard one. Marriage is often hard and for most requires hard work to be successful. Too often our need for instant gratification overshadows this.

That said, there are marriages that were on the brink beforehand and these circumstances may push them over the edge and offer some clarity when there was uncertainty before. As such, we do expect that there will be an uptick in divorces once COVID-19 is behind us. I have already begun to see an increase in requests for consultations, which we do via zoom or phone call.  It is important for people to know their rights, understand likely outcomes and achieve an understanding of the process. However, as lawyers in the field, but more importantly as members of the community, as always, it is our responsibility to encourage people to explore divorce only as a last resort. 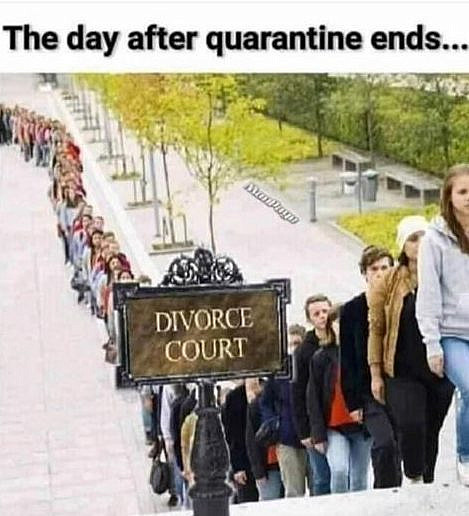 Meme circulating on social media – original source unknown.
About the Author
Rachel Marks, Esq., is associated with the law firm of Schonfeld and Goldring, LLP, with offices located in Cedarhurst, NY. Schonfeld and Goldring, LLP limits its practice to divorce law, family law, and matrimonial law in both secular and rabbinic courts. Rachel can be reached at rmarks@schonfeldandgoldring.com
Related Topics
Related Posts
Comments