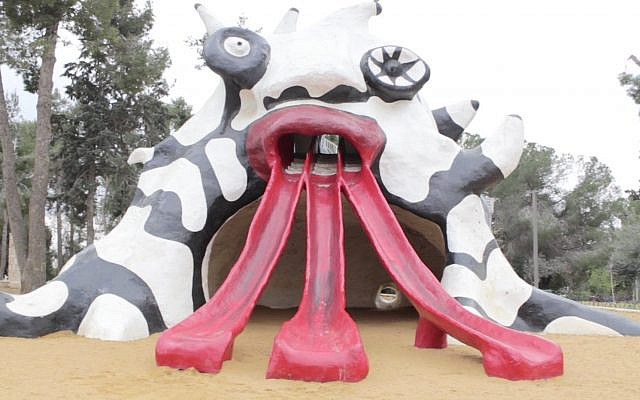 The Mifletzet (by Marc Kornblatt)

“What are your thoughts about Jerusalem?”

This came during my Hebrew class before we celebrated Jerusalem Day. My ulpan teacher wanted us to write two phrases for a virtual wall, ours being a Zoom lesson, after all.

When she read my first response, in which I waxed poetic about the sounds and aromas of the streets and the view from the Mount of Olives, she praised the sentence and moved on.  My second sentence, though, gave her pause.

“A beautiful city of gold, love, and peace,” I wrote. “An ugly city of tension, hate, and violence.”

Forgive me, dear teacher. I was giving it my best shot. Now that I’m an oleh hadash, a new Israeli, I can speak my mind without some citizen yelling: “Who are you to talk? You don’t live here!”

So, as one who is proud to have settled in Tel Aviv last August, and voted legally in Israel’s most recent election, I say, unabashedly, that Jerusalem is both a beautiful and an ugly city. Call me an SOB, if you like. That’s your right.

Meanwhile, back to Jerusalem.

On this 53rd anniversary commemorating the reunification of the city in the wake of Israel’s victory in the Six Day War, I’m hoping for the best in the days ahead. Reading the handwriting on the wall coming from Jordan, I’m thinking, “Whoa.”

King Abdullah may just be trash talking, but when he warns that Israel’s plan to annex disputed West Bank territory could rupture Israeli-Jordanian relations and lead to war, I wonder.

I like Israel’s odds against Abdullah and company, and we have a comfortable bedroom/bomb shelter in our apartment, but, really.  Is our new government prepared to shoot rockets at Amman?

Granted, I’m no savvy Jared Kushner with my finger on the pulse of the Middle East, and I’m certainly no master dealmaker like his papa-in-law. I’m just a Jersey boy who spent 30+ years in liberal Madison, Wisconsin, aka the Berkeley of the Midwest, before moving here.

That said, as a documentary filmmaker, I’ve seen a few things. Before we decided to become Israeli citizens, my wife and I spent a year in Tel Aviv to be near our children, both of whom had made aliyah. During our stay, Israel marked the 50th anniversary of the Six Day War. So, I decided to load up my equipment and go meet people who lived in “the territories.”

An old guy traveling alone in such places, I seemed crazy to my sabra nephew who was about to begin his service in the Israeli Army. Still, I went, and I came back with two short pieces that have made the film festival-library-synagogue-college circuit.

As a pair, they document my personal discoveries as I travelled between East and West Jerusalem and from Efrat and Bethlehem to a Jewish settlement and a Bedouin village in the West Bank.  I remember sharing Jerusalem Voices, the first of the two, with an Israeli audience when I completed my final cut. A gentleman, an oleh hadash as I am now, took issue with my featuring a Palestinian Arab who owned a bakery in the Old City’s Jewish Quarter.

Why include him? the man asked, and I am paraphrasing.  He’s not representative of the Jewish Quarter.

On the contrary, I said. His family owned that bakery shop before the founding of the modern state. He is very much a part of the place. My answer did not satisfy him, and the man, whom I had met originally through Facebook, stopped writing to me.

Meanwhile, I have just released Jerusalem Voices for streaming in honor of Yom Yerushalayim, feeling blessed that the State of Israel came to be in 1948, prevailed in the Six Day War and has, most recently, shown its mettle in battling COVID-19.

Now, after many visits to Israel as a tourist, I have an Israeli passport, and I feel doubly blessed to be a recognized citizen of a second country where I can speak out on a virtual wall, or here, without fear of government reprisal.

Rather than call me an SOB, I invite you write to me about what I’ve written and filmed. My hope is that you show me the same respect that I tried to pay everyone in my documentary, religious and secular Jews, Christians, and Muslims, alike.

Our future depends on it.