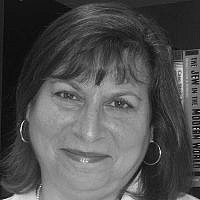 The Blogs
Judy Mars Kupchan
Apply for a Blog
Advertisement
Please note that the posts on The Blogs are contributed by third parties. The opinions, facts and any media content in them are presented solely by the authors, and neither The Times of Israel nor its partners assume any responsibility for them. Please contact us in case of abuse. In case of abuse,
Report this post. 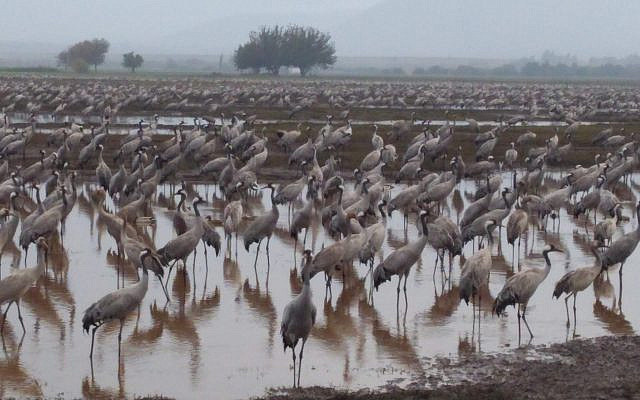 By the light of a rising moon, we watched as thousands of birds appeared across the sky. Before we saw them, we heard the cacophony of bird voices, loud and insistent, here we come, make way for us, let us through. And then the awesome sight of the soaring, magnificent wings joined the sound through the hazy sky. The flocks of bird families arrived, making use of the winds to find their way, to rest their weary feet in the tiny land mass for which they were searching over continents and oceans.

That the destination for these noble flyers from Siberia and Europe and Scandinavia on their way south to Africa is a waystation at Argamon Hula is a well-documented annual phenomenon. But to witness this event in all its noisy, graceful reality was breathtaking. And as darkness came, and the moonlight became more prominent, the shadows of the arriving bird families and flocks continued to dazzle the night sky.

I cried first at the sound, when I realized that the spectacle we anticipated was beginning. And my emotion deepened at the sight of the birds. I’m not a “birder,” just an ordinary fan of the birdsongs we hear in our day-to-day lives, just a sucker for our colorful feathered friends. “Why do you like birds so much,” my granddaughter asked me with not a little sass. “They are like flying flowers,’ I said, “God’s miraculous creation in so many colors and forms.” How can you not love a goofy pelican, a delicate flamingo?

Still, my emotion at the Hula caught me by surprise. Now I think it was the sight of so much life asserting itself in a most wondrous way. We came north for the event following a few weeks of losses, of death in our small human world. We lost two dear friends, and our community suffered yet another great loss. My mind was full of questions about death, of where their souls dwell, of how we will cope as we age and our losses continue to come closer. If not answers, the birds gave me overpowering joy, and the persistence of their flying mission gave me hope. And perhaps the sheer numbers of birds coming from the heavens gave me a conscious image of what lies beyond, of what happens when our souls join the ultimate Oneness.

Scientists seem to know a great deal about how animals and birds migrate. I don’t understand much of it, and I prefer seeing the mystery unfolding in real time. I realized that the birds gave me yet another reason to be grateful for this country. The Hula swamps were famously the source of malaria and death for the early pioneers who came with hope of taming the land and building it. But the draining of the swamps, while it solved one problem, created another. One generation’s heroes created a catastrophe for the ecosystem. Over the years, the remarkable process of “re-swamping” was begun, and the earth was nourished with seeds and other necessities for the flora and fauna. The arrival of the birds, half a billion of them, is a testament to that process. It’s still in process. But with no concern for geopolitics or pandemics, these birds really want to be here!  Like so many aspects of life in this country, there is much that needs fixing, and much that is so inspiringly right.

About the Author
Judy is an olah to Israel from Chicago. She is a retired CEO of the Florence Melton School of Adult Jewish Learning and a Jewish educator for more than 40 years in the US.
Related Topics
Related Posts
Comments