WASHINGTON — Lukman Faily, Iraq’s ambassador to the United States from 2013 to 2016, and James Jeffrey, a veteran diplomat who from 2010 to 2012 headed the U.S. Embassy in Baghdad, diverge on a number of points when it comes to the future of Iraq.

But they do agree on one thing: Israel’s support of an independent Kurdistan is both misguided and irrelevant.

During a heated Oct. 18 panel discussion at Washington’s National Press Club that attracted well over 100 people, moderator Yenal Kucuker of the Turkish Heritage Organization suddenly popped the Israel question. He asked why the Jewish state was the only country in the Middle East — and one of the few in the world — that backed the idea of Kurdish independence.

Only two weeks later, on Oct. 31, the Iraqi parliament criminalized the flying of Israeli flags after pro-independence Kurds waved them ahead of a Sept. 25 referendum organized by the Kurdish Regional Government (KRG), in which 93 percent of those voting chose independence. According to the Iraqi news agency AlSumaria, the Star of David ban followed a request by Ammar al-Hakim, the Shi’ite leader of the Citizen Bloc.

“Certainly, some people waved Israeli flags, but I’m not aware of the KRG’s sponsorship of anything of that nature,” Faily told the audience. “Obviously, it’s a very sensitive issue which went viral on social media; that obviously didn’t help. I’m not sure how much they care about a relationship with Israel or how much they wanted to take advantage of Congress; to me, that’s sort of a social media thing.” 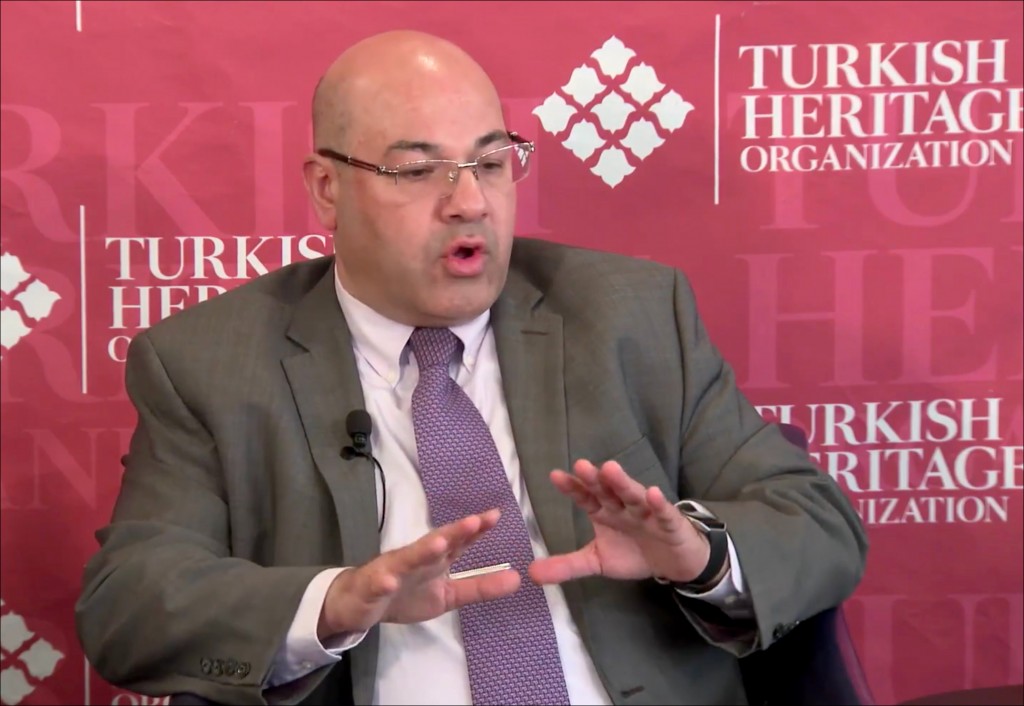 But then Faily offered a reality check.

“Even if Israel has 100 percent sponsorship of it, what can it do on the ground? It’s not a UN Security Council member, so it can’t veto anything,” he said. “So I don’t think the Israeli dimension is a factor that should even be in our calculations.”

Jeffrey said it was “inexplicable” that Israel, of all countries, should support the Kurdish push for independence.

“Why take a position that puts you at odds with two important partners—the U.S. and Turkey—where Israel has just recently mended their relations?” he asked. “My take is that some of the same people who were advising the Kurds told Bibi Netanyahu that Congress would overturn the JCPOA [Joint Comprehensive Plan of Action] in 2015 and told him last week that President Trump was going to walk away from it. They believed that. They thought the United States would flip and support the KRG.”

He added: “The point, even if the U.S. decides it’s going to support Kurdistan, is how does it get there if Turkey isn’t with us?”

For both men, the discussion of Israel was essentially an aside to the much larger issue of Iraq’s future after the KRG’s referendum, which took place not only within Iraqi Kurdistan’s accepted borders, but also in disputed territories that have been under de facto Kurdish control since their liberation from forces loyal to Islamic State, or ISIS. 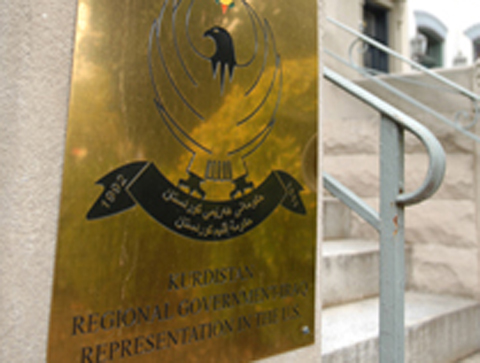 That debate has drawn in much of the Middle East, with some Arab leaders calling the referendum a “Zionist plot” backed by the Mossad. For his part, Netanyahu denied any involvement, declaring in Jerusalem only days after the vote that “Israel had no part in the referendum, apart from the deep, natural, longstanding sympathy of the people of Israel for the Kurdish people and their yearnings.”

The KRG, an autonomous federal entity recognized by Iraq and the United Nations, consists of three governorates—Irbil, Suleimani and Dohuk. Together, these three are home to roughly six million of Iraq’s 37 million people. In addition to ethnic Kurds, the population consists of Turkmen, Chaldeans, Assyrians, Yazidis and other communities.

Since the 2005 Iraqi Constitution, which granted the Kurdistan region autonomy within the new federal Iraqi state, the roughly 40,000 square kilometers under KRG jurisdiction has largely been safe and prosperous. The region also boasts an estimated 43.7 billion barrels of proven oil reserves and 25.5 billion barrels of potential reserves.

Under the Kurdistan Region Oil and Gas Law of 2007, the KRG shares oil revenues with the central government in Baghdad and receives 17 percent of all revenues back.

“There’s a reason why Turkey, the U.S. and many Western European countries were against the referendum,” said Jeffrey. “It was a bad idea, bringing instability to the region at a time when countries are facing tough choices. Many world leaders believe the current situation in northern Iraq would distract from efforts to defeat ISIS. The U.S. warned Irbil not to do it, and they did it anyway.” 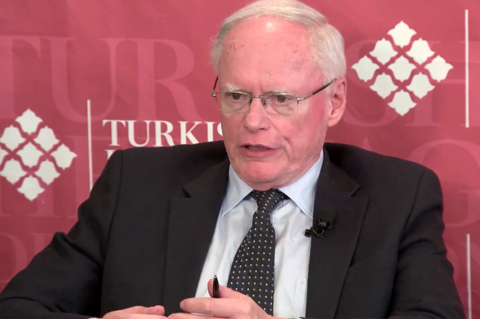 Jeffrey, a career diplomat who also served as U.S. ambassador to Turkey and Albania, said Washington did not abandon the Kurds, as many pro-Kurdish politicians have angrily insisted.

“The United States has made it clear that it considers the territorial integrity of Kurdistan to be a very important issue, but it never signed up for turning over Kirkuk and its mixed population, by my estimate $20-30 billion of hydrocarbon infrastructure and billions of barrels of oil over to Irbil,” he said. “That was never part of the deal.”

In fact, he continued, “we never signaled anything other than real reluctance to make any movement—other than the very theoretical constitutional provisions that someday, inshallah, there would be a referendum. That point was made clear by me personally and by everybody I know. Why that message was not picked up is still a mystery to me.”

For now, Turkey’s threats to shut down oil pipelines used by the KRG haven’t materialized, because the economies of northern Iraq and southeastern Turkey rely heavily on each other. But Ankara’s decision to suspend flights from its territory to the KRG forces travelers to fly to Baghdad instead—underlining the fact that the KRG is indeed part of Iraq rather than a separate entity.

Jeffrey said “the single biggest danger to the future independence of Iraq” is the Iranian-backed Popular Mobilization Forces (PMF), whose factions—the Badr Organization, Jund al-Imam, the Hezbollah Brigade, the Martyrs of Sayyid Brigades and Asaib Ahl al-Haq—agreed Aug. 1 agreed to run on a unified list in Iraq’s April 2018 parliamentary elections. 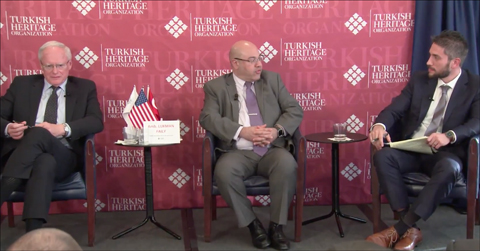 “The situation in Iraq not as far gone as it certainly is in Damascus and Beirut, but that’s the trend line if there isn’t an attempt to bring these people back,” he warned.

Yet the big question is Turkey, warned Jeffrey, who served as U.S. ambassador in Ankara from 2008 to 2010.

“President [Recep Tayyip] Erdogan thinks like a democrat, regardless of how he’s regarded by certain circles in Washington. He still needs to win an election in 2018 or 2019. Turkey, the United States and most countries in the Middle East have common interests, which start with the regional status quo. Turkey had no choice but to line up with the U.S., Iran, the UN and the EU to oppose Kurdish independence. Whoever thought anybody would support that? Certainly not Turkey.”

In the long term, said Jeffrey, the Middle East needs to worry more about Iran than ISIS, which isn’t the ruthless, feared terrorist organization it once was. Israel, he said, has already figured this out, with its focus on Iran and its proxies in Lebanon and Syria.

“The only people I know in the region who still thinks there is a collective, common fight against ISIS is the U.S. government. This is false, wrong and dangerous,” he concluded. “The 69-country coalition all pounded ISIS into the sand. It is about finished as an organization. As an army, it’s down to a couple of thousand in towns nobody has ever heard of, and nobody in Irbil is worried about the ISIS threat anymore. They’re worried about other security concerns now. Iran and its friends have a plan; the U.S. does not.”

About the Author
Miami native Larry Luxner, a veteran journalist and photographer, has reported from more than 100 countries in Latin America, Africa, Eastern Europe, the Middle East and Asia for a variety of news outlets. He lived for many years in San Juan, Puerto Rico, and the Washington, D.C., area before relocating to Israel in January 2017.
Related Topics
Related Posts
Comments
Advertisement