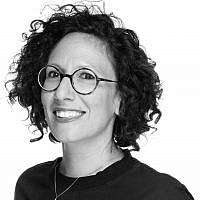 The Blogs
Leehee Goldenberg
Apply for a Blog
Please note that the posts on The Blogs are contributed by third parties. The opinions, facts and any media content in them are presented solely by the authors, and neither The Times of Israel nor its partners assume any responsibility for them. Please contact us in case of abuse. In case of abuse,
Report this post. 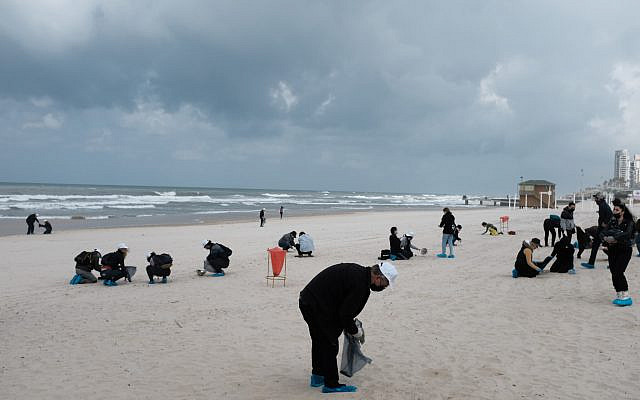 People clean tar off the Bat Yam beach following an offshore oil spill which drenched most of the Israeli coastline, March 2, 2021. (Tomer Neuberg/Flash90)

I spent months counting down the days until it was my turn to get vaccinated.

However, when it was finally my turn, I was suddenly reluctant.

With so much social pressure (for and against the vaccine), I started to question my decision.

Why was I, a perfectly healthy individual, who in her (almost) 40 years on the planet had never gotten a flu vaccine, lining up to get a shot clouded by controversy?

Then, it dawned on me.

The social contract, as I have come to define it (and Rousseau will forgive me for misuse of the term) — i.e., our personal responsibility to protect others in our community.

Call me naïve, but choosing to get vaccinated felt like exactly that, my duty to the fellow members of my community — both locally and globally — to protect as many as possible from COVID-19 .

That was enough for me to take the plunge.

I’m not interested in proselytizing about vaccinations, but rather in highlighting the importance of that social contract in an equally (if not more) pressing global issue — climate change.

The environment, particularly in Israel, does not get much attention from the press or the public. Even less so when there’s a global pandemic raging.

However, the recent oil spill off Israel’s coast reminded me of the importance of that social contract and shared responsibility and destiny when it comes to environmental issues and more specifically climate change.

In mid-February, oil spilled (or was dumped) from an unknown ship in the Mediterranean reached Israel’s shoreline leaving both short and long-term damage to the Israeli coast. This unfortunate event saw droves of Israelis leave their homes to volunteer and help coastal authorities and NGOs with the Sisyphean cleanup of tons of tar from their beloved beaches. Israelis have showed up daily across over 160 kilometers of coast to help each other — no matter that they bore no responsibility for the spill.

The Israeli government could learn a thing or two from the Israeli people it seems. Because when it comes to climate change, the government just has not “shown up.”

The excuse: It’s not our fault and therefore not our problem.

“Israel’s emissions have negligible impact on global warming and climate change” is the line politician after politician has used as an excuse for Israel’s inaction and unambitious commitments to the Paris Climate Agreement (often left unimplemented).

Like COVID-19 and the recent oil spill, the discussion should not be centered on who is at fault, but on how to solve the problem. How do we contribute, as part of our responsibility to the global community?

The fight against climate change is a global one, and as a coastal state Israel will be one of the first nations affected by it.

It is time to up the ante and play our part in the global fight against climate change, firstly with ambitious commitments (enacted in law) to rid our energy economy of fossil fuels as soon as possible and making sure we meet those commitments.

The current Israeli government appears to be working day and night to make sure as many people as possible are vaccinated against COVID-19, one can only hope that whoever is elected later this month will work just as hard on protecting the environment.

About the Author
Leehee Goldenberg is the director of the Economy, Environment and Natural Resources Department at Adam Teva V'Din.
Related Topics
Related Posts
Comments