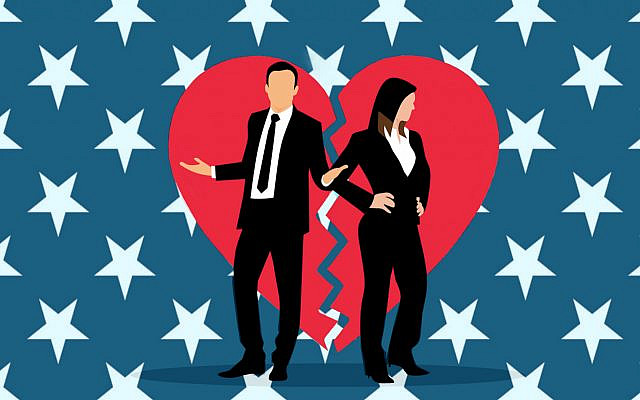 About twelve years ago, an MJE participant, a die-hard Upper West Side single—with whom I had become close and who had finally gotten engaged—got up to speak at his Aufruf, the celebration of Shabbat before his wedding. He told the large crowd that Shabbat morning: “My wedding tomorrow is nothing short of a miracle because from a pure statistical point of view, the chances I could find a wife were almost impossible”. He then went on to share his brilliant statistical analysis: “You see, he said ‘there are approximately 9 billion people in the world but since I’m Jewish and want to marry Jewish, my prospects are narrowed to the 14 million Jews of the world, only half of whom are woman, so I’m down to 7 million. Since I’m living in New York and I don’t want to live anywhere else, I’m down to the one million Jews of NYC—actually, half a million, since only half are women. 90 percent of those are out of my age range, either too young or too old, so I’m down to a few hundred, maybe a thousand prospects. Since I want to marry someone religious, the number goes down to a few hundred. I’m not too tall, not so easy to get along with, and I’m only attracted to a very specific kind of look, and so maybe there are two, maybe three real prospects out there for me. My wedding tomorrow is really a miracle!”

The groom-to-be had the whole room laughing but interestingly, his criterion did not include someone with whom he agreed politically. Maybe that’s because this was twelve years ago. Since then, and particularly in the last year, more and more of my single friends and students have shared that they will only date those with whom they agree politically. Now, I can understand this when the two individuals are on the extreme sides of the political divide. If one person is a progressive liberal and the other an uber conservative, then I can see how their differing world outlooks are just too big to make a relationship work. Their political differences are not simply a difference of opinion—they reflect core value disparities and in addition, their views on, let’s say God, family and sexual identity, are so radically different, they simply cannot build a unified home or agree on a value system to raise children.

But most people are not on the extremes. Most people tend to be either right or left of center and for that larger segment of the population, it would really be a shame if politics stopped them from falling in love and getting married; especially if they’re Jewish. I say, “especially if their Jewish” only because as my friend’s Aufruf speech demonstrates, there are just so few of us already. The last thing the Jewish community needs are more barriers to getting married.

Another reason to stay friends and continue to date those with whom we disagree politically is because doing otherwise just reinforces the political echo chamber which sadly already exists in our society. Too many of us no longer converse or even interact with those on the other side of the political divide. Whether in person or on social media, we have “unfriended” those with whom we disagree. In doing so, we have created an unhealthy distance between people of opposing views so wide that we simply don’t hear each other anymore. This is a bad trend as far as getting to the truth is concerned. As our Talmudic tradition of argument and debate bears out, a clash of views is how truth emerges—but only when there is respect. The sages of the Talmud had that respect for one another, even as they vehemently disagreed on core questions of faith and law. The best example of this were the two great intellectual adversaries of the Talmud, Hillel and Shamai. When these two great scholars argued, their positions were always expressed as coming from the “House of Hillel” and “House of Shamai”, because as people Hillel and Shamai greatly respected one another. The Mishna (oral tradition) records that despite their disagreements regarding marriage and divorce, they did not prevent their respective students from marrying one another. We must restore the respect we have for those with an opposing view and not be so quick to project ill will on someone who holds a different one. If we had that respect, I feel we wouldn’t even think twice about dating someone with whom we differ politically.

Again, if you’re on one extreme, I don’t recommend dating someone on the other end of the spectrum. It’s just not realistic. But if you live somewhere in the middle, like most people do, don’t rule someone out just because they like or dislike a certain politician or because you don’t see eye to eye on a specific policy. Love isn’t easy to come by and neither are good friendships. The last thing our already small Jewish world needs are more divisions. In one of my favorite Beatle songs, “We can work it out”, John Lennon and Paul McCartney famously said: “Life is very short and there’s no time for fussing and fighting my friends. I have always thought that it’s a crime…” Maybe not a crime, but what a shame.