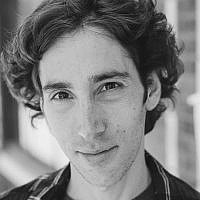 The Blogs
David Meyers
Apply for a Blog
Advertisement
Please note that the posts on The Blogs are contributed by third parties. The opinions, facts and any media content in them are presented solely by the authors, and neither The Times of Israel nor its partners assume any responsibility for them. Please contact us in case of abuse. In case of abuse,
Report this post. 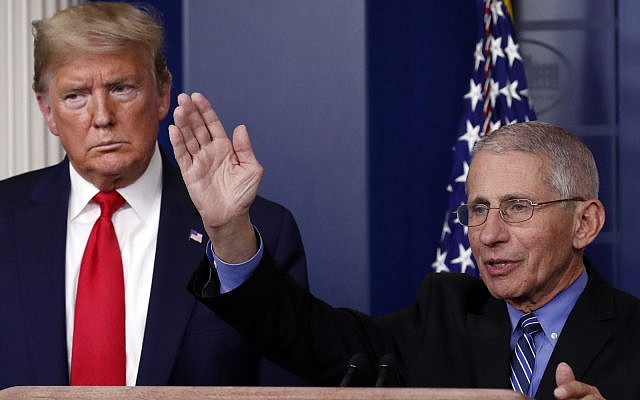 The primary value in Judaism is preserving life — not the stock market, the economy, or a president’s re-election bid. Preserving life.

But Donald Trump is publicly considering a measure that he admits will lead Americans to die, because he believes the economic cost is too great. If he makes this decision, he will be rejecting the sound medical advice of the doctors and health experts on his staff and in the United States government.

If Trump’s willingness to sacrifice people’s lives for the economy is not too much for the Jewish community or people of conscience to accept, I don’t know what will be.

I recently lost my grandmother at age 94; I spoke with her daily, and she was a light of my life. Yet — in supporting Trump’s decision — Texas Lieutenant Governor Dan Patrick went on FOX News, and said that many grandparents were (and should) be willing to die if it meant helping the American economy and their grandchildren.

Can any person of decency accept this claim? Is this a choice that should even be contemplated — when various experts have explained that we can take common-sense steps to get the economy moving, while also preserving life?

On Monday, Trump defended his policy — which he admits will directly lead to the deaths of American citizens — by saying that it’s the same as people taking a risk when they drive a car. But countless medical experts — including Dr. Anthony Fauci — have rejected this claim as a false equivalency.

Dr. Fauci has served every president since Ronald Reagan. He helped lead the (successful) effort to stop and treat the AIDS epidemic in the United States, and is widely regarded as a man of incredible intelligence, candor, and integrity. When I worked in the White House, I helped organize the event in which President George W. Bush awarded Dr. Fauci the Presidential Medal of Freedom for his outstanding service to the nation and a life spent entirely in the service of science and humanity.

Donald Trump has repeatedly lied about the coronavirus outbreak in the United States. This is an indisputable fact, and evidence of it can be found here (video), here, and here.

Fauci has tried to respect Trump, while also correcting his errors. Meanwhile, Trump’s errors have already led to deaths. For example, he repeatedly touted a possible treatment for coronavirus from the White House podium — even though Fauci and others said that it was unproven, and might be unsafe.

A couple in Arizona decided to take a form of that drug, based on the president’s recommendation. The result? The man died, and his wife was put into the ICU. Her advice afterwards: “don’t believe anything the President says.”

The country’s medical experts are urging Trump to keep the quarantine in place. But, as one insider told Politico, it appears that Trump “worries most about the stock market” — and, I’d add, his re-election bid.

Despite his attempts to justify it, Trump has publicly stated that it might be worth American citizens dying in order to propel the economy.

Even if this is proven correct (and notable Republicans, including Lindsey Graham and  Liz Cheney, have stated that this idea could do worse damage to the economy), Trump and his supporters should be ashamed for even considering putting the economy ahead of lives.

The fact that Trump is even thinking of enacting such a policy shows exactly why countless current and former Republicans, myself included, warned that he was totally unfit to be president. All those who still support him must reach out immediately to FOX News, The White House, and all other similar avenues demanding that Trump refuse to consider putting their fellow citizens’ lives ahead of the economy.

Trump clearly cares more about himself than the lives of the American people. How will his supporters live with themselves when people they know begin dying due to his reckless decisions?

About the Author
David Meyers worked in the White House from 2006 to 2009, and later in the US Senate.
Related Topics
Related Posts
David Meyers
Comments